Users will be able to communicate with others while shopping for products created just for UNDW3. 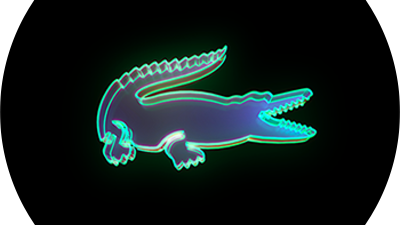 Lacoste was the first fashion brand to put a logo on its clothing. The crocodile was used because it was the founder's nickname on the tennis courts. (Lacoste)

UNDW3, a new online experience from French clothing brand Lacoste, has debuted. The project follows the company’s initial foray into the digital realm, which was a Minecraft-hosted Lacoste-inspired digital island.

Only those who obtain a Lacoste NFT during upcoming drops will be able to play UNDW3. (NFTs are non-fungible tokens that digitally represent any asset.)

The NFTs, which show the brand’s iconic crocodile emerging from water, will each cost 0.08 ETH cryptocurrency, about $100. They are limited to 11,212 pieces in celebration of René Lacoste’s classic L1212 polo shirt.

Lacoste described the Web3 universe as “a long-term collaborative community” for those who own one of the brand’s NFTs in a press announcement.

Users will be able to communicate with others while shopping for products created just for UNDW3. More “digital, physical, and sensory rewards” will soon be available online. UNDW3 currently serves as a meeting ground for NFT and Lacoste collectors, the Troyes, France-based company said.

“UNDW3 attests to our intention to accompany the phenomena of decentralization led by Web3,” said Catherine Spindler, Lacoste’s chief brand officer. “This initiative pays witness to both our objectives and the force of our brand in this area: to bring our communities together and unite cultures around the crocodile&mldr; by proposing an experienced, interactive and co-creative universe in the image of Lacoste’s innovation and avant-gardism.”

More is expected from UNDW3 in the “coming several seasons,” according to the brand, but to begin, consumers should purchase their tickets.

On June 14, Lacoste released its first batch of NFTs on a webpage dedicated to UNDW3. People can enter a raffle for a chance to win one of the crocodile NFTs there, with the winners being notified on June 15.

If you miss out on the first round, there will be more NFT releases later this year. However, Lacoste has yet to confirm the next release date. It may take a long time to get a second chance, depending on the demand for the first drop.

The famed Lacoste crocodile logo is thanks to René Lacoste’s tennis prowess.

With seven Grand Slam titles in 1923, Lacoste’s captain promised to buy him a crocodile leather suitcase if he won his next match. Lacoste lost, but in tribute to his toughness on the court and in reference to the bet, the American press nicknamed him “the crocodile.” In 1933, he founded Lacoste with André Gillier — and it became the first fashion brand to feature a logo on its clothing.