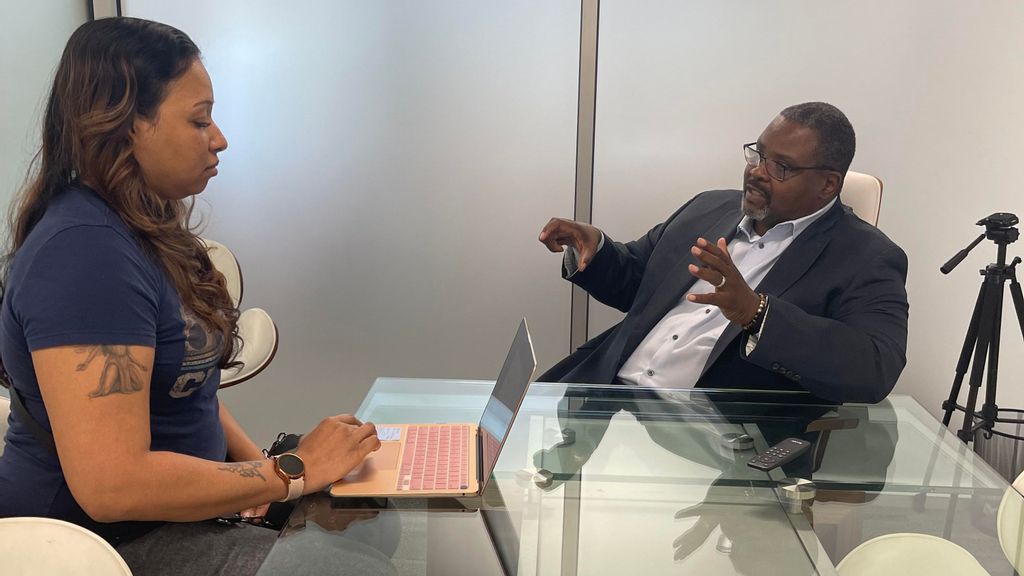 Two years ago, Dave Christopher knew something had to change.

COVID-19 shut down his hometown of Louisville, Kentucky, in the spring of 2020. Many businesses in his city didn’t survive, while others barely managed with the help of grants and Paycheck Protection Program loans.

But Christopher took a closer look and saw a deeper problem.

Even more troubling: eight out of 10 black-owned businesses fold within the first 18 months, according to CNBC.com.

A black Air Force veteran with 12 years of service and an entrepreneur since childhood, Christopher didn’t understand the statistics he was reading. It didn’t make sense. And the more I looked into it, the more frustrated I got. And the more concerned I got, I thought: What can I do? Christopher told Zenger.

Raised by a mother with undiagnosed Parkinson’s disease and a father who lived with a fused crooked spine, Christopher learned to look past problems to find solutions. His first move was to construct a 17-page plan he shared with friends who encouraged him to pursue helping people of color achieve the American dream.

After raising $3 million in nine months, including a hefty contribution from the Rockefeller Foundation, Christopher launched The Russell Technology Incubator in January 2021. Named after the neighborhood it’s based in, the incubator offers a curriculum focused on what he sees as the three essential elements needed for a successful business: capital, networking and education.

The incubator welcomed its first class of 34 students last year. All graduated, and 27 businesses are now up and doing well, Christopher said.  A second class of 34 candidates is working through the year-long program.

“I knew there was no such thing as a startup business community for black people,” Christopher said. “If you had an idea and went into a bank or funding source to get money for your idea, almost always, you’re asked what have you done so far? That’s not the idea of a startup. A startup is: I have this really great idea and I need something to help me prove the concept for the idea. That doesn’t exist for black people, so I wanted to create that.”

The program is broken into four quarters. The first quarter is dedicated to discovery or understanding the business idea and what it needs. The second quarter is focused on education, teaching business fundamentals, such as accounting, marketing and branding.

The third quarter deals with funding and how to gain capital to support your business, while the fourth is geared toward the launch of the business.

Each entrepreneur in the incubator is also assigned a wealth strategist coach to meet with once or twice a month.

“Everybody who walks through our door, we believe is capable of doing whatever they chose to do. They just don’t have the resources,” he said. “We take credit for providing the resources, so they can do those amazing things.”

The primary requirement for consideration is each candidate needs to have a specific business idea. “If someone came in with an idea on the back of a napkin, they could get in the incubator,” Christopher said.

The waiting list to apply has 500 people, ranging from those with just an idea to others struggling to stay afloat after eight years in business.

The incubator offers the type of resources most minority entrepreneurs don’t access, including lessons and experts in networking, business presentation and mental health. “Every day you’re banging your head against a brick wall you don’t even know is there,” he said.

Louisville Mayor Greg Fischer acknowledged the need for the incubator during a press conference held in July 2021. “We recognize that we are not going to reverse the effects of redlining, disinvestment and disenfranchisement overnight,” Fischer said. “It is going to take time and dollars.”

The incubator meets for two hours each Thursday. There are workshops and mentoring sessions following graduation. “We’ve had great success stories,” Christopher said. “People are so much better off than they were a year ago.”

Placing legitimate businesses hasn’t been easy. A recent ribbon-cutting ceremony for the opening of a restaurant three times the size of its previous location was a cause for celebration. But it wasn’t without its hurdles. Christopher recalls facing blatant racism with one leaser saying, “We don’t think you’ll be successful here.” Other tactics include making potential black owners pay an excessive deposit.

“This incubator breaks down all those barriers, issues and concerns they face,” Christopher said. “We’re not asking people to change rules unless they are systematically racist practices, which some are. I’m not asking you to lease it to me for less than what you would lease it to anybody else. I not asking you to make concessions. I just want you to do it the way you’re supposed to do it — and do it in all fairness.”

Christopher is hoping his program becomes a national model to help close the financial gap between whites and people of color. The LendingTree.com report shows that while 86.5 percent of all businesses in the United States are white-owned, whites make up 72 percent of the U.S. population.

“The wealth gap is the same for black folks all over the country,” Christopher said. “We’re all at the bottom of the pile. This is something that will work to change that.”