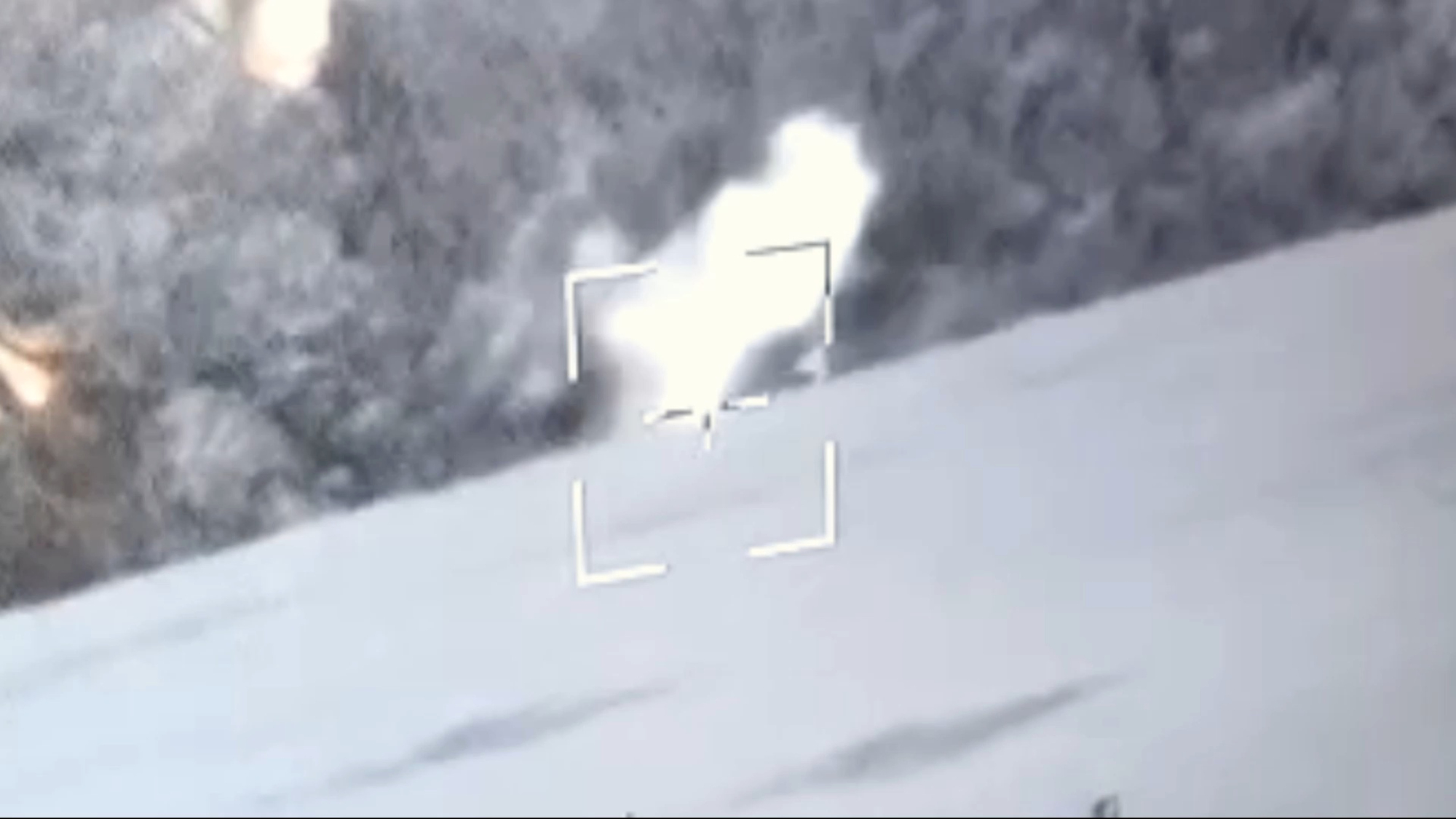 This footage purports to show how two Russian infantry fighting vehicles were destroyed by a Ukrainian-made anti-tank guided missile.

The clip opens with the Russian military vehicles entering unknowingly in the crosshairs as they make their way across a field.

An explosion is then seen and the vehicles can be seen giving off smoke as they grind to a slow halt.

Zenger News obtained the footage from the Ukrainian Air Assault Forces (DShV) – the airborne forces of Ukraine and one of the five branches of the Armed Forces of Ukraine – on June 16.

“Yes, the video shows how anti-tank soldiers of the 95th Air Assault Brigade of the DShV of the Armed Forces of Ukraine skillfully use the domestic Stugna-P anti-tank missile system and enchantingly burn two enemy BMP-2 infantry fighting vehicles.

The BMP-2 is an amphibious infantry fighting vehicle developed by the Soviet Union. It entered service in 1980. The Ukrainian military is also one of its current operators.

The Stugna-P is a Ukrainian anti-tank guided missile system developed by the Luch Design Bureau in Kyiv. It entered service in 2011.

In related news, French President Emmanuel Macron, German Chancellor Olaf Scholz, and Italian Prime Minister Mario Draghi arrived in Kyiv for talks. Reportedly, they are hoping to rebut what has been perceived as their lukewarm support for Ukraine.

President Joe Biden has promised Kyiv another billion dollars in security assistance and weapons. General Mark Milley of the Joint Chiefs of Staff says Russia has lost around 20 to 30 percent of its armored forces during the ongoing invasion.