“It was established that a panther was brought in order to provide photographic services.”
By William McGee June 17, 2022
Facebook
Twitter
Linkedin
Email 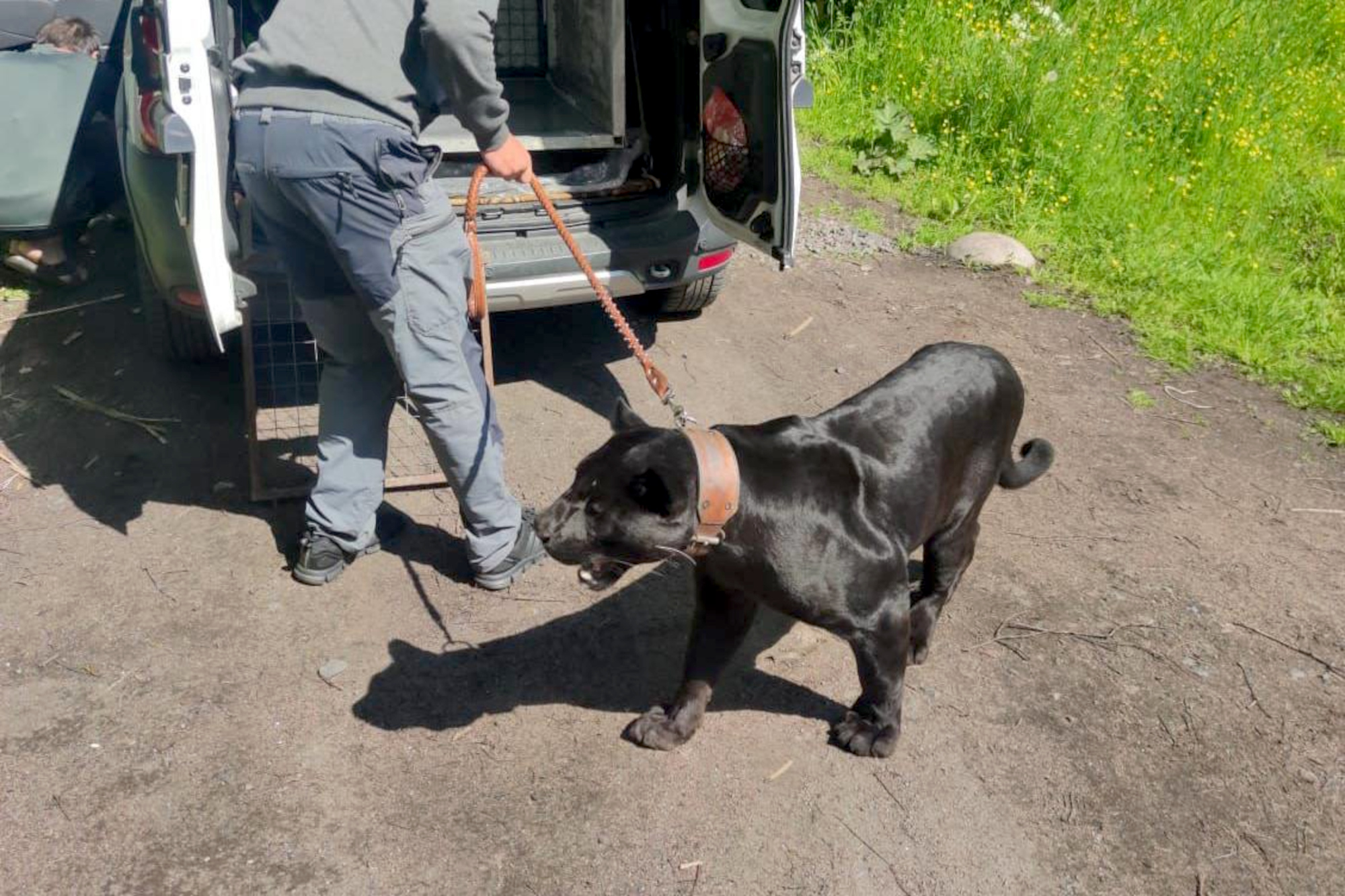 Russian environmental prosecutors and employees of the Committee for Nature Management of Saint Petersburg found a panther, on the territory of the reserve 'Southern coast of the Neva Bay', that was brought there by its owner for a photo shoot. (@procspb/Zenger)

A Russian man is under investigation for bringing a black panther to a city park to earn cash from locals who wanted to be snapped next to the huge feline.

The Prosecutor’s Office of Saint Petersburg opened a criminal case into a male resident – name and age not revealed – of Russia’s second city for his unusual hustle.

Investigators found that he had taken the wild animal to a nature reserve on the south coast of Neva Bay in order to charge park-goers to have their photo taken with the big cat.

Authorities arrived on the scene while he was providing his ‘services’ and he tried to leave discreetly but was stopped by police officers.

Investigators found that the panther’s owner was only authorized to keep the feline in zoos outside the Saint Petersburg city boundaries.

The big cat’s accompanying veterinary documents were unavailable when police requested them for inspection.

The Prosecutor’s Office has opened a criminal case into the man, but he has been allowed to keep his animal until its seizure is authorized.

Black panthers are the melanistic color variant of the leopard (Panthera pardus) or the jaguar (Panthera onca). They are documented mostly in tropical forests.

“It was established that a panther was brought to the territory of the state nature reserve ‘Southern Coast of the Neva Bay’ in order to provide photographic services.

“On the same day, after the arrival of the control and supervisory authorities, the owner of the animal tried to leave the place of the photo session but was stopped by the police.

“It was established that, in accordance with the license, the owner of the panther was granted the right to keep and use the animal exclusively in zoos located outside the boundaries of Saint Petersburg. In addition, veterinary accompanying documents were not available at the time of the inspection.