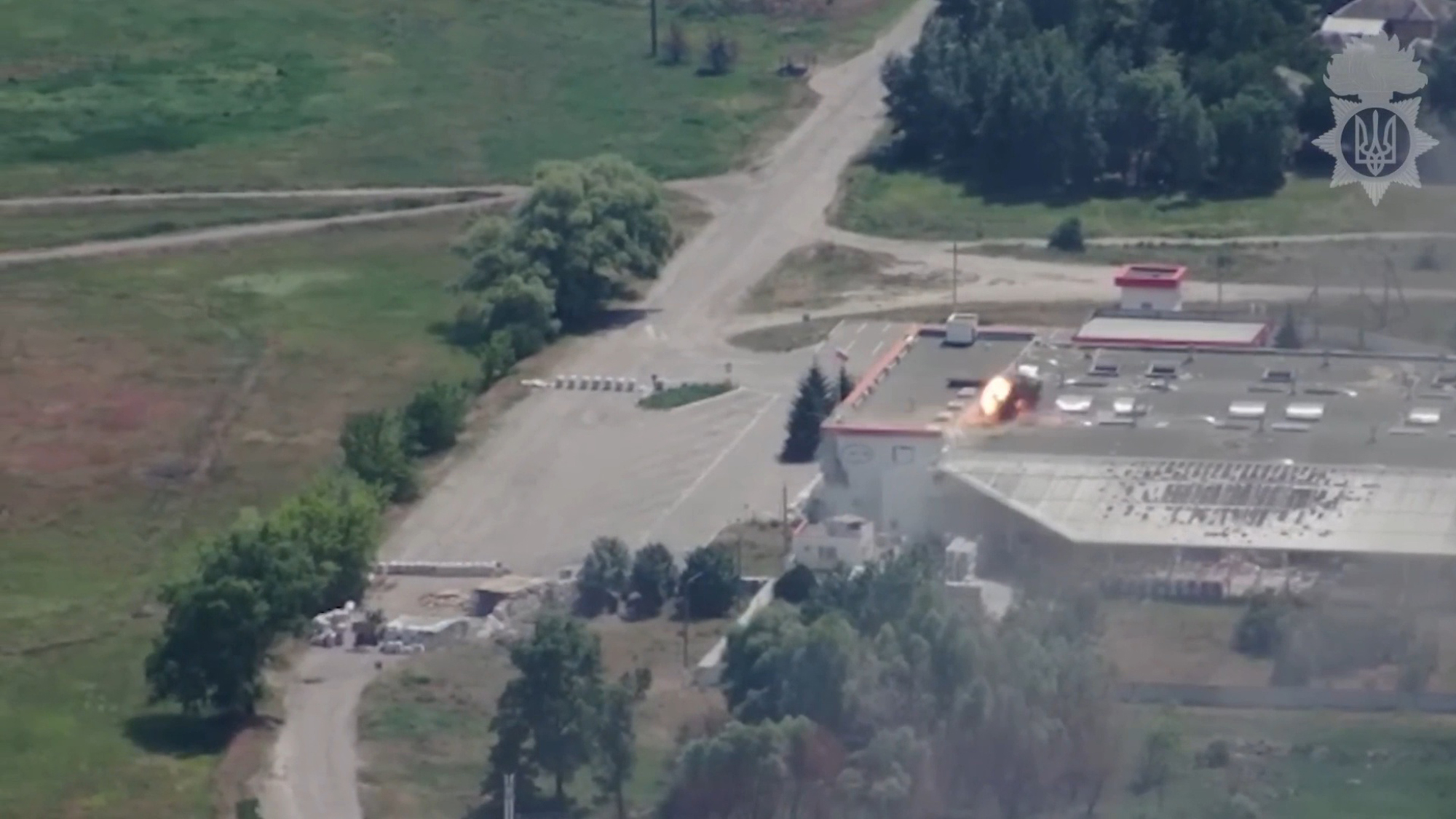 Ukrainian National Guard claim that destroyed the point of electronic struggle of the Russian Military (REB) in the Kharkiv region in Ukraine. (Eastern Operational-Territorial Association of the NMU/Zenger)

This footage purports to show a Russian radar station in Ukraine being destroyed in a series of artillery strikes.

Zenger News obtained the footage from the National Guard of Ukraine – the Ukrainian national gendarmerie and internal military force – on June 15.

“‘They destroyed the enemy’s electronic warfare point. Thus, they deprived them of the opportunity to intercept our forces, to jam the signal of our radio stations,’ said the commander of the unit.

“The occupiers use electronic warfare systems as a powerful asymmetric tool of war, which allows them to be equal on the battlefield (without effective communication, no modern army can fight). Every year Russia spends half a billion dollars on such systems, each of their teams has an electronic warfare company.”

In related news, French President Emmanuel Macron, German Chancellor Olaf Scholz and Italian Prime Minister Mario Draghi are en route to Kyiv for talks. They are hoping to rebut what has been perceived as their lukewarm support for Ukraine.

United States President Joe Biden has promised Kyiv another $1 billion in security assistance and weapons. And General Mark Milley says Russia has lost around 20 to 30 percent of its armored force during the ongoing invasion.