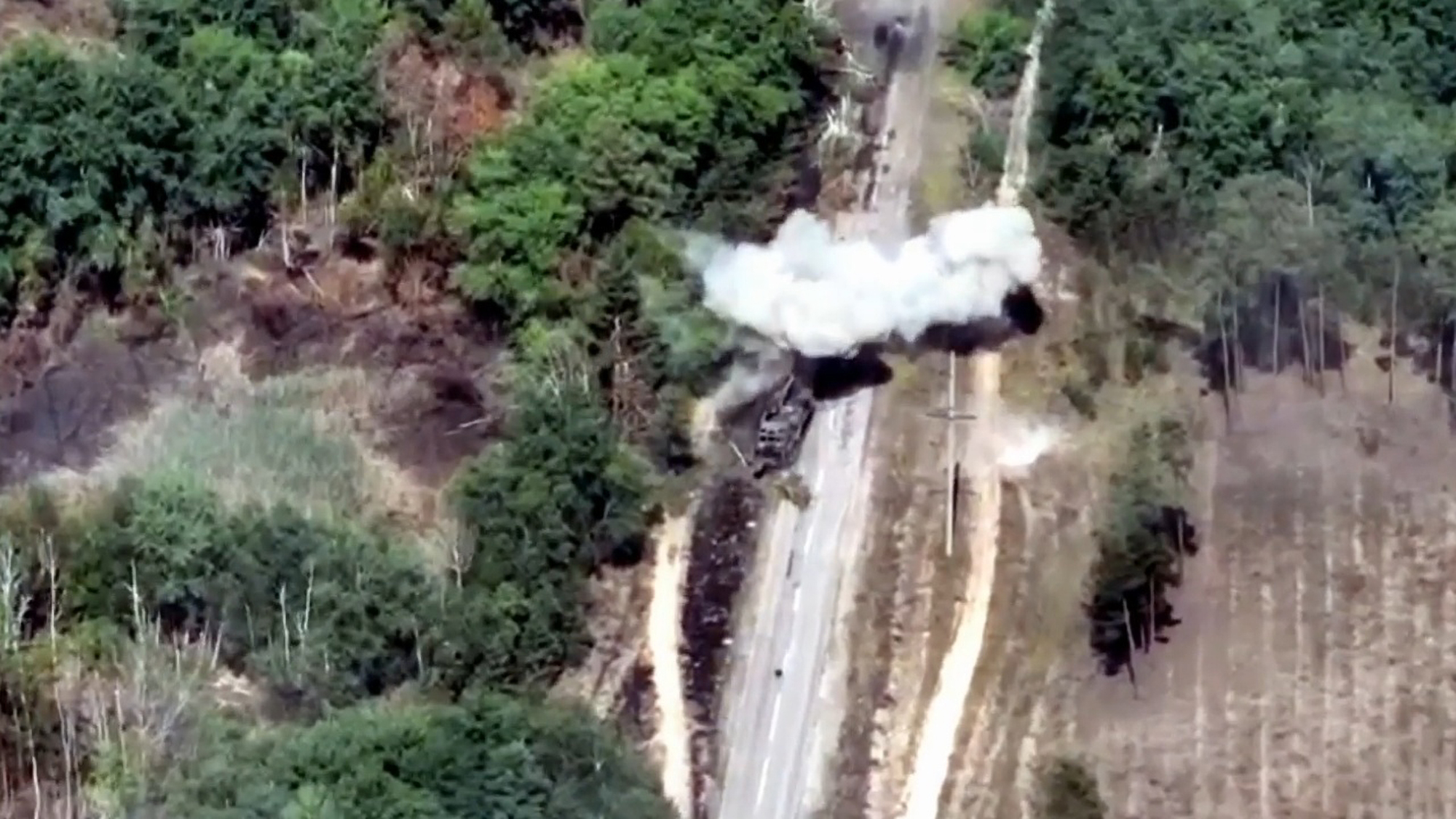 They signed off with “death to the Russian occupiers!” and “Glory to Ukraine!”

The BAT-2 armored tracklayer is used for road and track clearing and grading.

All the bridges to the besieged Ukrainian city of Sievierodonetsk have reportedly been destroyed, said local governor Serhiy Haidai. Ukrainian forces there are now cut off from any possible retreat and fierce street-to-street fighting is taking place in the city, which has been the focus of Russian artillery fire for weeks.

Ukrainian President Volodymyr Zelenskyy said that Russian attacks on the cities of Sievierodonetsk and Lysychansk have turned them into “dead cities.”. An aide to President Zelenskyy has said that Ukraine is losing up to 200 troops a day.