The Mighty Hercules NFTs Take Their Inspiration From Mythology

Collection marks the beginning of a legacy project that will combine the digital and physical worlds.
By Michelle D. Madsen June 16, 2022
Facebook
Twitter
Linkedin
Email 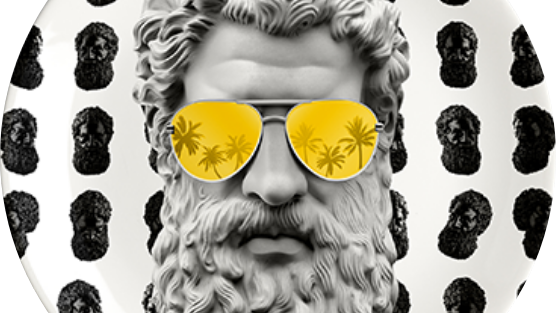 Hercules has conquered another world.

The Mighty Hercules is a non-fungible token collection that can be found on the Ethereum blockchain, a technology that houses digital money and global payments, and uses the ERC-721 standard.

It was developed in its entirety from more than 250 characteristics. (NFTS are non-fungible tokens that digitally represent any asset.)

The artwork is considered to be one of the most important components of the NFT project. Emre Yusufi, a sculptor of international repute, along with the multi-award winning firm StudioBigger, are responsible for the designs. The art explores the limits of both the digital and the physical worlds, as well as our place in both of them.

The NFTs serve as holders membership to the Mighty Hercules community and grant them access to member-only merchandise, airdrops, the Mightyverse and upcoming events, in addition to other perks.

Mighty Hercules marks the beginning of a legacy project that will combine the digital and physical worlds. The goal is to enhance both of those worlds.

Everyone who has three NFTs will be eligible for an Ambrosia Pass. Those who purchase such a pass will receive a miniature version of the Mighty Hercules statue.

Mighty Hercules NFT owners will also be invited to attend physical activities that will be hosted in the future.

“According to the Greek mythologies, ambrosia (which literally translates to “immortality” in ancient Greek), was the food or drink of the gods of Ancient Greece,” according to the NFTs’ website. “It was frequently portrayed as having the ability to grant either immortality or a long life to whoever ingested it. This ties in symbolically with the lifespan of our community, the preservation of our floor value, and lifetime access to the ‘Be Mighty’ event.”

Hercules, renown for his strength, is one of the most famous heroes in Greek and Roman mythology. Legend holds that his father was Zeus, ruler of all the gods, and his mother was Alcmene, the granddaughter of the hero Perseus. Apollo assigned Hercules 12 “heroic labors,” such as slaying the nine-headed snake-like Hydra and stealing an armored belt that belonged to the Amazon queen Hippolyte. Once completed, he would live forever among the gods at Mount Olympus.

Later in his life, Hercules had a number of other adventures, including rescuing the princess of Troy.

Other online links to the collection can be found at Twitter: twitter.com/Hercules2Mighty and Discord: discord.com/invite/YcKCJrJfmZ

«Previous Post
Cam And Get It: Unique Leica 35mm Camera Snapped Up For Over $15 Million At Auction»Next Post
Microsoft Partners With Spanish Bank For AI Development