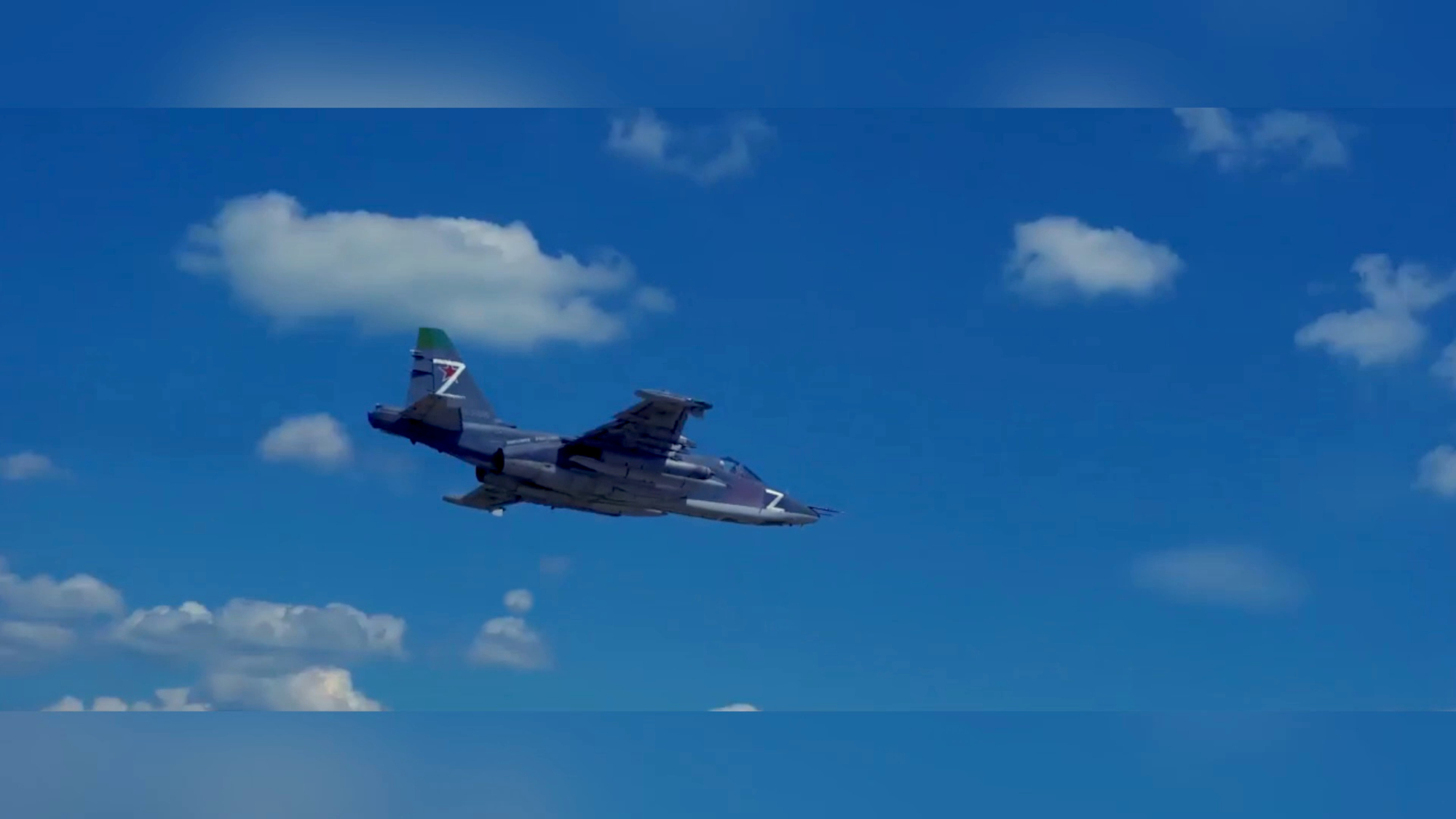 Russian Su-25 carried out rocket air strikes on military facilities and equipment of units of the Armed Forces of Ukraine. (Ministry of Defense of Russia/Zenger)

This is the ‘Top Gun’ moment when Russian pilots carry out combat operations against Ukrainian targets as the invasion enters its 111th day.

The Russian Ministry of Defense (MoD) said the pilots of the Sukhoi Su-25 fighter jets successfully destroyed the Ukrainian targets.

The MoD said in a statement on June 14: “Attack aviation crews carried out air strikes on military facilities and equipment of the Armed Forces of Ukraine. Missile launches were carried out in pairs at low altitudes.

“As a result of the combat use of aviation weapons, camouflaged fortified field positions and armored vehicles of the Armed Forces of Ukraine were destroyed.

“After the sorties, the engineering and technical staff completed the tasks of servicing aircraft and preparing aviation equipment for a second combat raid.”

Ukrainian President Volodymyr Zelenskyy said recently that Russian attacks on the cities of Sievierodonetsk and Lysychansk have turned them into “dead cities.” An aide to President Zelenskyy has said that Ukraine is losing up to 200 troops a day.

President Putin has said that the West will not be able to wean itself off from Russian oil and natural gas for years.

NATO Secretary General Jens Stoltenberg has said that Turkey has raised legitimate concerns in its opposition to Sweden and Finland joining the defense alliance and that talks to find a solution would continue.