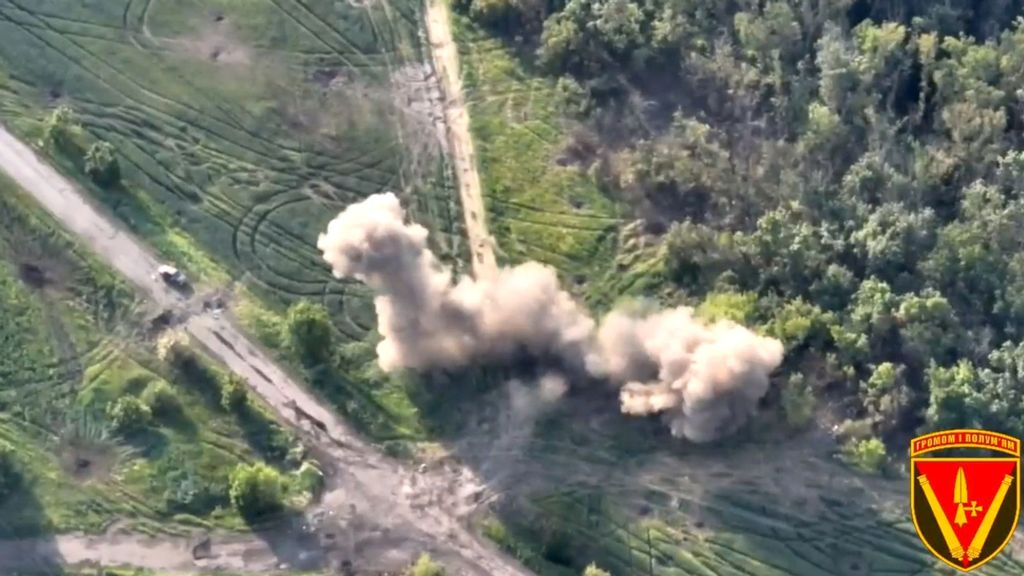 This aerial footage purports to show a Russian infantry fighting vehicle exploding in flames following a Ukrainian artillery strike after it tried but failed to blend into a wooded area.

Zenger News obtained the footage from the 40th Separate Artillery Brigade – an artillery unit of the Ukrainian Ground Forces based in Pervomaisk in the Mykolaiv region – earlier on Tuesday, June 14.

The brigade said the clip showed “thunder and fire.” It did not specify where in Ukraine the strike took place.

On June 8, the European Parliament adopted a resolution recommending that the European Union grant Ukraine the status of candidate country for EU membership. Some 438 MEPs voted in favor of the resolution, with 65 voting against and 94 abstaining.