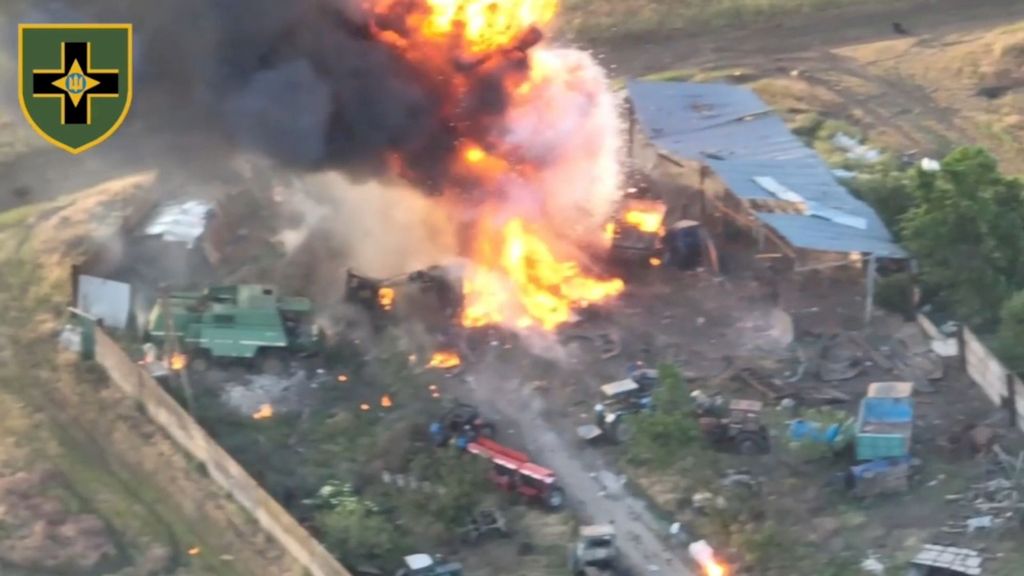 This video purports to show a Russian infantry fighting vehicle and ammunition going up in balls of smoke and fire following pinpoint artillery strikes from Ukrainian troops.

Zenger News obtained the footage from the 28th Separate Mechanized Brigade – a formation of the Ukrainian Ground Forces – on Tuesday, June 14.

The brigade said (in Ukrainian): “Artillerymen of the 28th Separate Mechanized Brigade named after the Knights of the First Winter Campaign remind the Russian occupiers with accurate shots that they will have no quiet place on Ukrainian soil.

“Our ‘Gods of War’ professionally turned tens of millions of rubles in the form of a BMP-3 with ammunition into a beautiful fire, which is a pleasure to watch.”

The BMP-3 is a Soviet and Russian infantry fighting vehicle, successor to the BMP-1 and BMP-2. It entered service in 1987. It is also used by the Ukrainian military.

The brigade, which is headquartered in Chornomorske in the Odesa Oblast region did not specify where in Ukraine the strike took place.

Russia invaded Ukraine on February 24 in what the Kremlin is calling a “special military operation” to “liberate the Donbas.” June 15 marks the 112th day of the invasion.

The Russian army has said that evacuated civilians will be transported to separatist-controlled areas of the Luhansk Oblast region.

Meanwhile, NATO ministers are in Brussels for talks as Russia’s military advances in the Donbas region are prompting pleas from Ukrainian officials for more Western weapons.