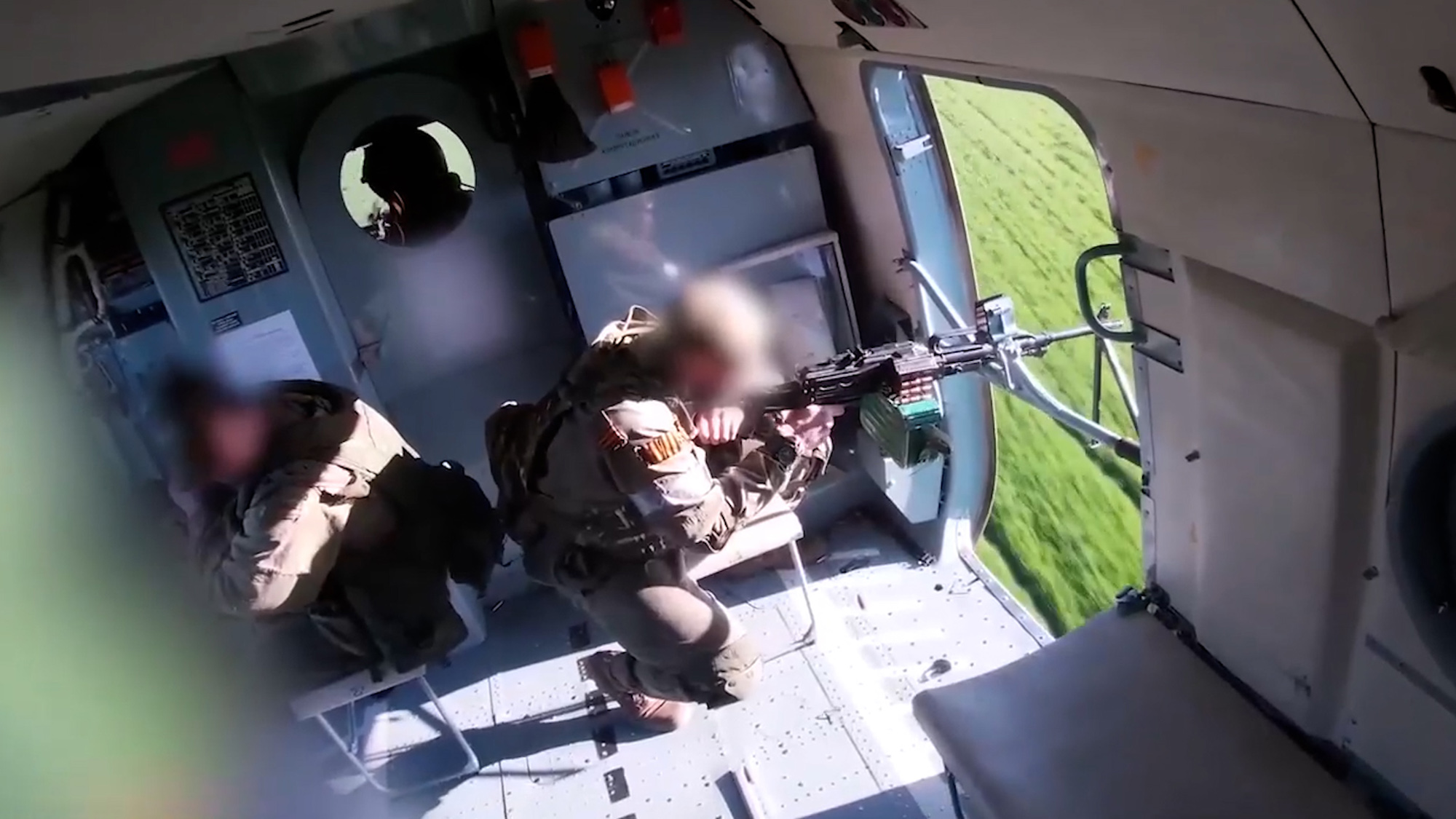 A fire support group from a Mi-8 helicopter opened fire on Ukrainian Armed Forces in Ukraine. (Ministry of Defense of Russia/Zenger)

This is the movie-like moment Russian soldiers spray bullets at enemy targets while flying low over a field in a flight of Mi-8 killer copters.

The Russian military said the video shows soldiers using “small arms” on a Ukrainian reconnaissance team they encountered in a field on their flight path while carrying out their own intelligence work.

The Russian Ministry of Defense (MoD) said on June 13: “Fire to kill: the work of the fire support group.

“The crew of the Mi-8 helicopter, performing visual reconnaissance, discovered an enemy reconnaissance and sabotage group along the flight path.

“The fire support group from the Mi-8 helicopter opened fire with small arms.”

Like a scene from Apocalypse Now, the footage shows Russian gunners unleashing bullets at enemy targets while flying low over the field.

On June 8, the European Parliament adopted a resolution recommending that the European Union grant Ukraine the status of candidate country for EU membership. Some 438 MEPs voted in favor of the resolution, with 65 voting against and 94 abstaining.