Pro-Russia Separatists Say They Are Inflicting Losses On Ukrainian Forces

An aide to President Zelenskyy has said that Ukraine is losing up to 200 troops a day.
By Joseph Golder June 16, 2022
Facebook
Twitter
Linkedin
Email 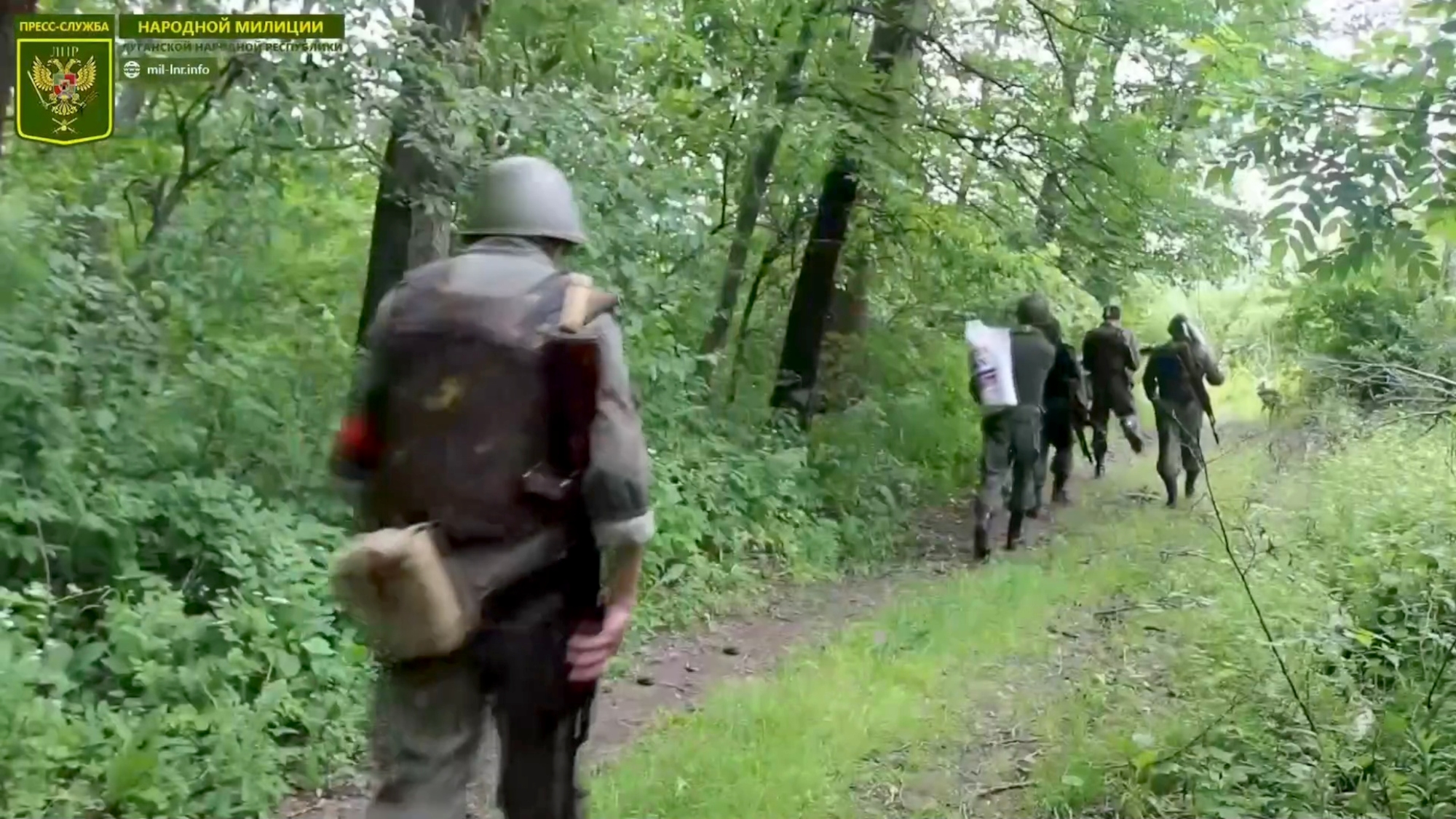 Units of the People's Militia of the LPR continue to destroy the positions of the Armed Forces of Ukraine, in Ukraine. (@millnr/Zenger)

These images purport to show pro-Russia Luhansk People’s Republic separatists engaging in combat against Ukrainian forces, with the militia saying it is inflicting losses on Ukraine.

The images were obtained from the People’s Militia of the so-called Luhansk People’s Republic (LPR), who said that they are “continuing to destroy the positions of the Armed Forces of Ukraine.”

In a statement attributed to an official representative of the People’s Militia of the LPR, Captain Filiponenko I.M., the LPR said on Wednesday, June 15: “During the clashes with units of the defense department, over the past day, the enemy suffered losses in manpower and military equipment, namely: 32 personnel; 4 armored personnel carriers; 7 vehicles.

“The enemy continues to terrorize the civilian population of the Republic, shelling the civilian infrastructure of the front-line settlements of the LPR, which do not pose a danger to the enemy and are not military facilities.

“Over the past day, the armed formations of Ukraine have used the Tochka-U tactical missile system in the settlement of Svatove.”

The statement claimed that separatist forces shot down the missile but that “as a result of the detonation of a cluster warhead of a rocket, a child born in 2011 was seriously injured.”

They added that various civilian buildings had been damaged.

All the bridges to the besieged Ukrainian city of Sievierodonetsk have reportedly been destroyed, said the local governor, Serhiy Haidai. Ukrainian forces there are now cut off from any possible retreat and fierce street-to-street fighting is taking place in the city, which has been the focus of Russian artillery fire for weeks.

President Zelenskyy has said that Ukraine is suffering “painful losses” in its eastern Donbas region. He stressed that Ukraine needs modern anti-missile weapons to defend its territory.

The United Kingdom and the United States have said they are sending long-range missile systems to Ukraine.

But Ukrainian officials have said that weapons are not arriving fast enough. An adviser to President Zelenskyy, Mykhailo Podolyak, has said that to end the war, they need “1,000 howitzers caliber 155 mm; 300 MLRS; 500 tanks; 2000 armored vehicles; 1,000 drones”.

On June 8, the European Parliament adopted a resolution recommending that the European Union grant Ukraine the status of candidate country for EU membership.

The Russian army has said that evacuated civilians will be transported to separatist-controlled areas of the Luhansk Oblast region.

But previous humanitarian corridor attempts have struggled to stay open.

NATO ministers are in Brussels for talks as Russia’s military advances in the Donbas region prompt pleas from Ukrainian officials for more Western weapons.