Bandera is lionized by many Ukrainians as a nationalist hero.
By William McGee June 16, 2022
Facebook
Twitter
Linkedin
Email 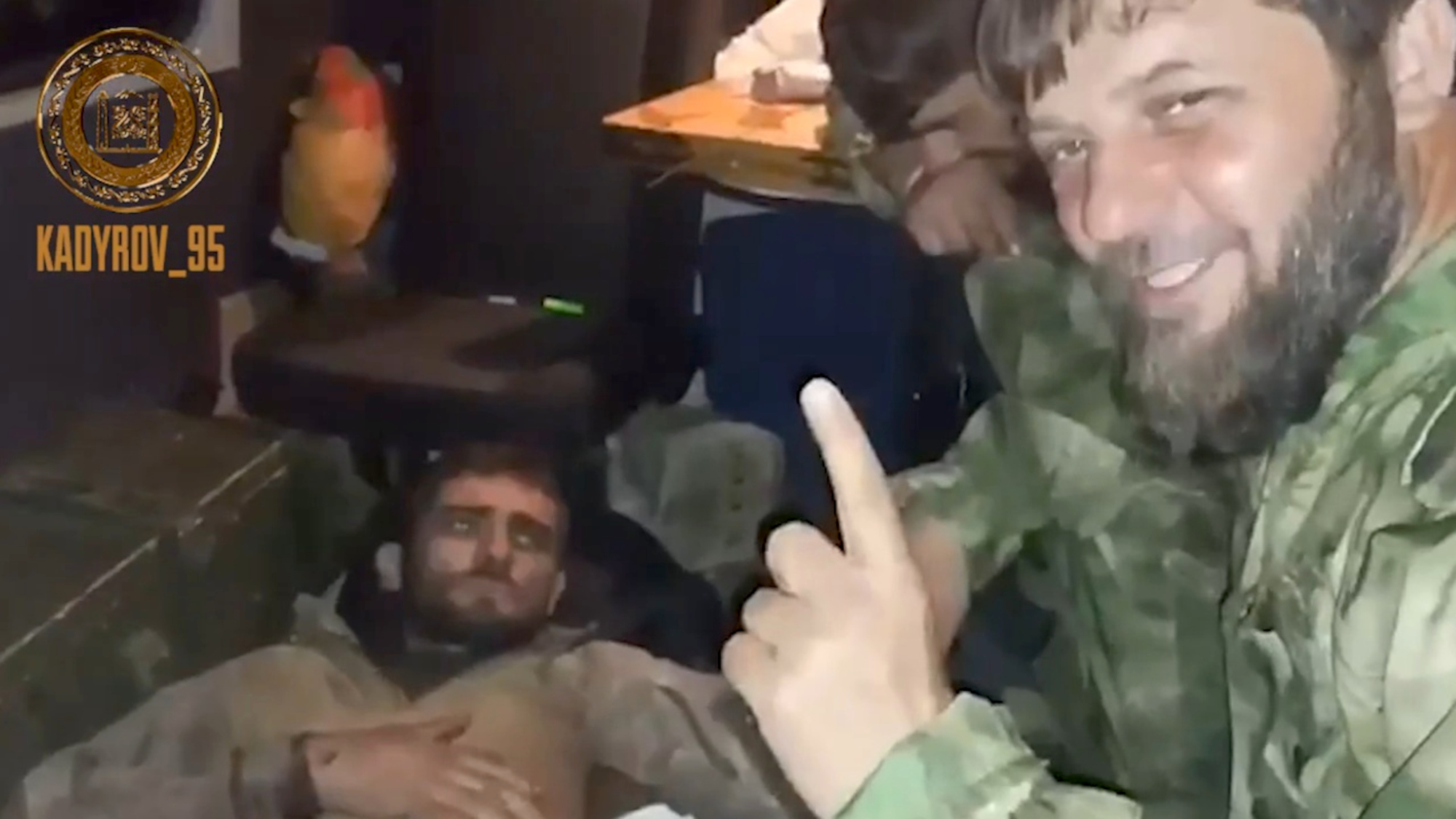 Appeal of the soldier of Ukrainian military never to fight with the Chechens in Toshkivka, in Ukraine. (@ramzan/Zenger)

Chechen strongman Ramzan Kadyrov has used his official Telegram channel to post a video of a captured Ukrainian soldier warning his fellow fighters not to take on the Chechens.

The 45-year-old Head of the Chechen Republic posted the video on Monday, June 13 with a message (in Russian) reading: “‘Never fight Chechens!’ – this is a simple truth that Banderites and nationalists have not yet fully understood, but many of them are actively aware of it. Like, for example, Anton Maksimets from the Vinnitsa region, who was captured by our soldiers in the Tashkovka region.

“Anton Anatolyevich not only sincerely regrets that he dared to fight against the Chechens, but that he even came to Tashkovka. According to him, any clash with Chechen fighters causes genuine horror in the ranks of Banderites and nationalists. And only our glorious cry ‘AKHMAT-POWER’, which they repeat like a mantra, is able to calm their trembling hearts.

“I have repeatedly warned you, our dear Banderites, that we will turn any of your resistance against you with terrifying consequences for you. Better not bring it to this and stand next to those who seek to protect the Ukrainian people from Western enslavement. Your descendants will be sincerely grateful to you for such a bold step.”

Supporters of the Russian invasion of Ukraine often refer to Ukrainian soldiers as nationalists or Banderites, after Ukrainian political leader and Nazi sympathizer Stepan Bandera (1909-1959).

Bandera is lionized by many Ukrainians as a nationalist hero, despite the fact that his followers were accused of committing atrocities against Poles and Jews.

“Akhmat” refers to the 141st Special Motorized Regiment, also known as the Kadyrovites or Kadyrovtsy, after Akhmad (also transliterated as Akhmat) Kadyrov, the first President of the Chechen Republic and father to Ramzan. He was killed in the 2004 Grozny stadium bombing.

The Kadyrovtsy is a paramilitary organization that serves as the protection of the Head of the Chechen Republic. Although they are nominally under the umbrella of the National Guard of Russia, in practice, the Kadyrovites answer to Ramzan Kadyrov alone.

The Kadyrovites have a reputation for brutality. However, they have also been accused of dodging fighting during the ongoing invasion, with metadata from their apparently staged footage placing them at least 12 miles away from the frontline in some cases.

A number of Chechens who settled in Ukraine after fleeing Kadyrov’s iron-fisted rule are fighting as part of the Ukrainian Armed Forces.