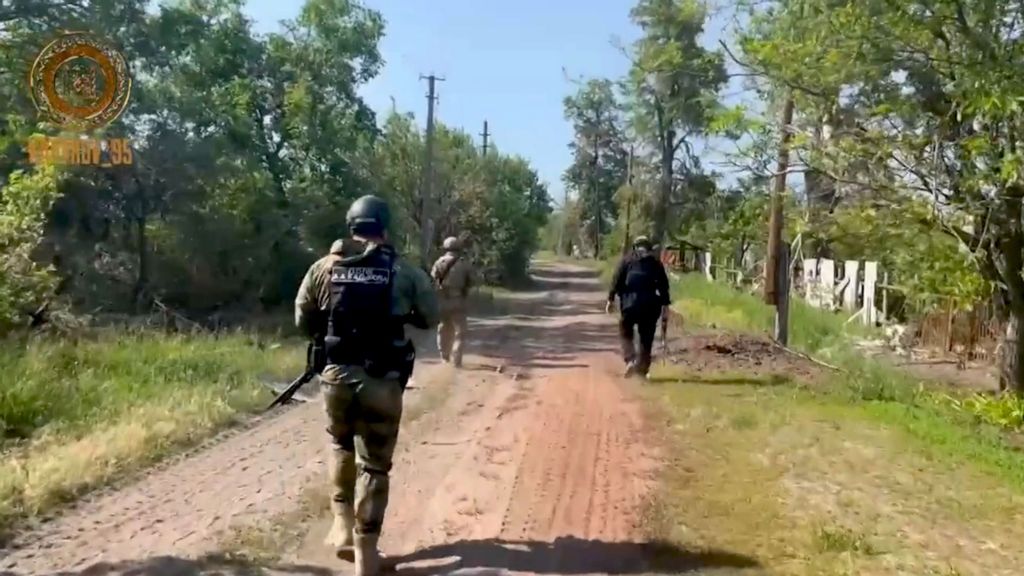 Chechen soldiers say that the village of Komyshuvakha has been taken from Ukrainian Forces in the LPR. (@ramzan/Zenger)

The Chechen leader Ramzan Kadyrov is claiming that the town of Komyshuvakha in the so-called Luhansk People’s Republic has been “freed from Ukrainian occupation.”

Kadyrov shared the images on his official Telegram channel. They purport to show Chechen soldiers in the town of Komyshuvakha, a settlement in the Sievierodonetsk Raion (district) of the Luhansk Oblast region of eastern Ukraine.

Kadyrov claimed that the town was now in the pro-Russian, so-called Luhansk People’s Republic (LPR), a breakaway state in eastern Ukraine that is recognized by Moscow but not by the vast majority of the international community.

He said: “The last stage in the liberation of Kamyshevakhi from armed nationalist formations has been completed.”

He added: “A lot of manpower and resources were allocated by Kyiv in order to keep the strategically important settlement. Once again, they came face to face with the harsh reality, and to be more precise, with our fighters. No equipment and infantry are able to withstand the onslaught of the allied forces. The news of the approach of the Chechen special forces is a signal for the Ukronazis to immediately retreat. And even being in the minority, our guys inspire genuine horror in them.”

Kadyrov also said: “At the same time, Chechen fighters treat the civilian population with understanding and sympathy. The grandmother in these frames, by a happy coincidence, survived during the hostilities. Shortly after being discovered, she was immediately evacuated to a safer location where she would be given all the proper assistance.”

We have not been able to independently verify these images or claims.

Russian troops invaded Ukraine on February 24 in what the Kremlin is still calling a “special military operation.” June 15 marks the 112th day of the invasion.