Chechen Leader Claims To Have Right Formula For Victory 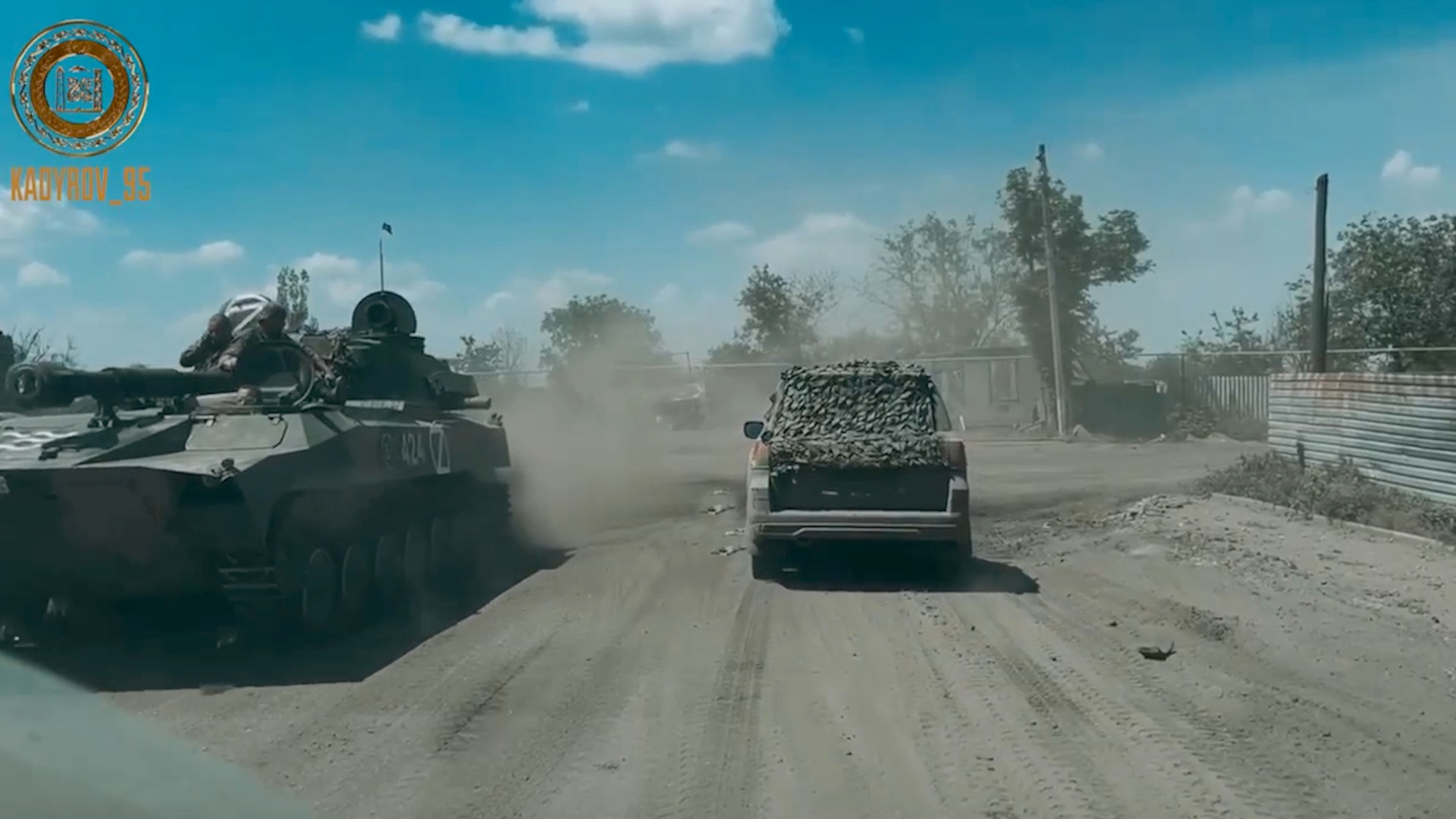 This is the moment Chechen troops carry out combat missions in Ukraine as the president of the Russia-aligned Chechen Republic, Ramzan Kadyrov, claims he has the right formula to guarantee Russian victory.

Kadyrov, 45, said on June 14: “With martial skills alone, the battle cannot be won. Reliable intelligence, coordinates of enemy firing positions and a detachment of courageous fighters are needed to complete the mission.

“If all of the above points are met, the victory of our guys is inevitable. Fortunately for us, and with great regret for the opposing side, this is exactly the algorithm of action that the fighters of the allied forces adhere to.

“My dear brother, Musa Akhmatov, commander of the PPSP regiment of the Russian Ministry of Internal Affairs for the city of Grozny, together with his comrades, very carefully checks every corner where the enemy can possibly hide. Not a single Banderite or nationalist trash can hide from Musa’s keen eye.”

“The work of our scouts is always fraught with high risk as they are the first to enter enemy territory. Apparently, the last scouting sortie was successful. The enemy has been detected, now it’s up to the assault squads and artillery. Soon it will be hot on the Ukrainians’ heels and we, in turn, will celebrate another victory!”

Ukrainian President Volodymyr Zelenskyy said that Russian attacks on Sievierodonetsk and Lysychansk has turned them into “dead cities.”

Ukrainian officials have said that weapons are not arriving fast enough.

NATO Secretary-General Jens Stoltenberg said recently that Turkey has raised legitimate concerns in its opposition to Sweden and Finland joining the alliance and that talks to find a solution would continue.