Bug Off: Cats Get Hooked On Catnip Because It Protects Them Against Mosquitoes, Says Study

The common herb is a member of the mint family used in teas to give a calming effect similar to chamomile.
By Simona Kitanovska June 16, 2022
Facebook
Twitter
Linkedin
Email 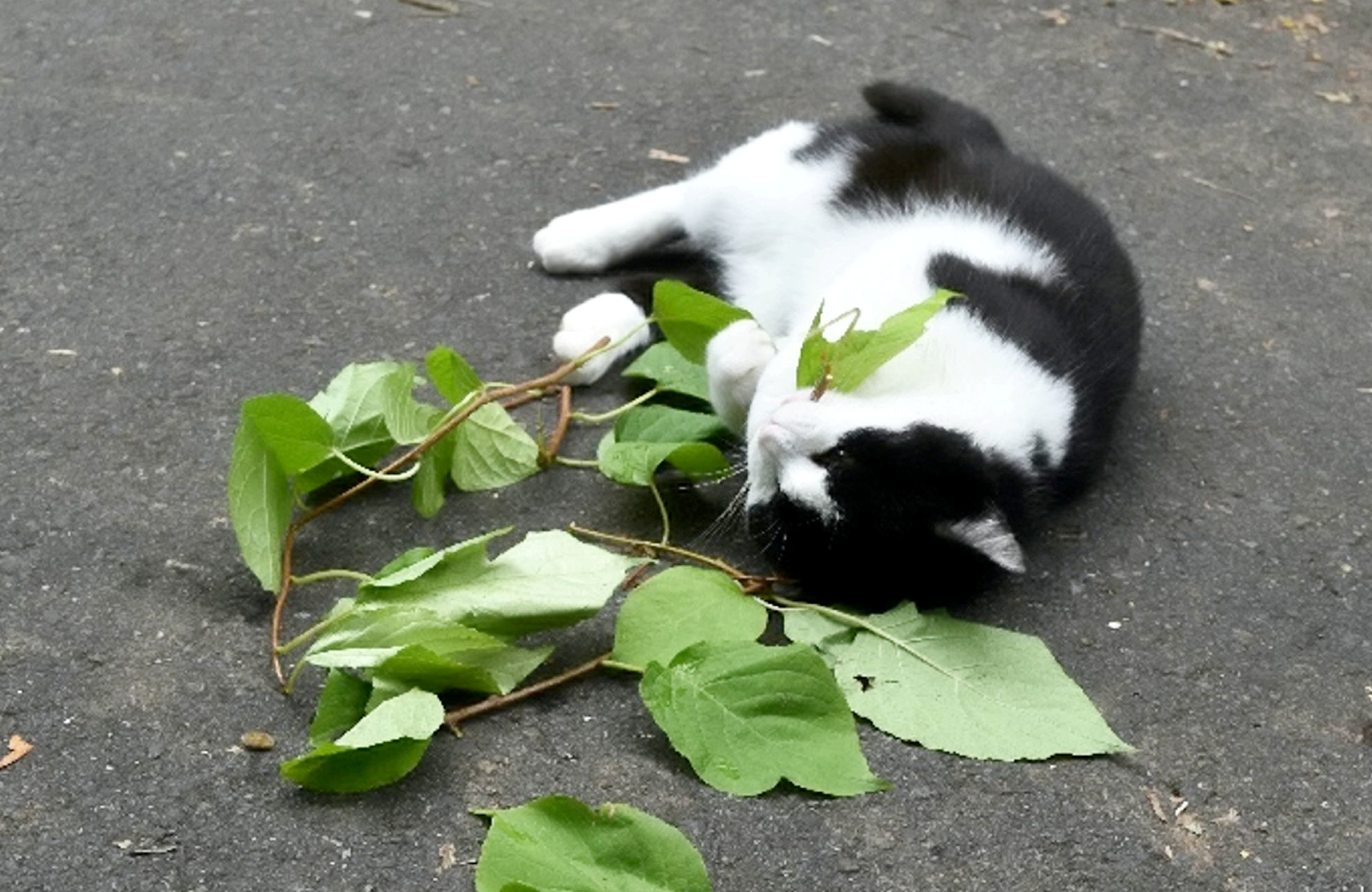 Cats go mad for catnip because chemicals released from the plant when it tears it up protects them against mosquitoes, according to new research. (Newsquest Oxford Mail/Zenger)

Cats go mad for catnip because chemicals released from the plant protects them against mosquitoes, according to new research.

The common herb, also known by its taxonomic name Nepeta cataria, is a member of the mint family used in teas to give a calming effect similar to chamomile.

But it’s best known for its effect on our feline friends – even featuring in the Andrew Lloyd Webber musical Cats.

It makes them go a bit wild – rolling in it, chewing it and licking it aggressively. Their behavior has mystified animal experts for years.

Now a study has found that tearing and crushing the plant – or its Asian counterpart silver vine (Actinidia polygama) – releases high amounts of chemicals repellent to mosquitoes and other pesky critters.

Lead author Professor Masao Miyazaki, of Iwate University, Japan, said: “Even in the famous musical Cats there are scenes where you see a cat intoxicate another cat using catnip powder.”

Originally from Europe and Asia, minty and lemony catnip, or Nepeta cataria, has long been associated with cats. Even its Latin-derived name cataria means “of a cat.”

Cats both big and small adore it. Catnip’s allure is in its volatile oil – in particular nepetalactol and nepetalactone.

The compounds, known as iridoids protect plants from predators. Found in the leaves, stems and seeds, one or two sniffs send the animals head-over-tail in kitty bliss.

Professor Miyazaki said: “We found physical damage of silver vine by cats promoted the immediate emission of total iridoids, which was 10-fold higher than from intact leaves.”

What is more, their composition changed in ways that seemed to encourage the cats.

Miyazaki said: “Nepetalactol accounts for over 90 percent of total iridoids in intact leaves, but this drops to about 45 percent in damaged leaves as other iridoids greatly increase.

“The altered iridoid mixture corresponding to damaged leaves promoted a much more prolonged response in cats.”

The latest study found when cats damage the plants by rubbing, rolling, licking, and chewing, the repellent properties are even more effective.

The diversification of iridoids in damaged silver vine leaves makes it more potent at low concentrations.

To test if they were reacting to these compounds specifically, cats were given dishes with pure nepetalactone and nepetalactol.

Miyazaki said: “Cats show the same response to iridoid cocktails and natural plants except for chewing. They lick the chemicals on the plastic dish and rub against and roll over on the dish.

“When iridoid cocktails were applied on the bottom of dishes that were then covered by a punctured plastic cover, cats still exhibited licking and chewing even though they couldn’t contact the chemicals directly.

“This means licking and chewing is an instinctive behavior elicited by olfactory stimulation of iridoids.”

The researchers were inspired by observing that silver vine leaves, when crumpled and torn by feline licking and chewing, appeared to have a much stronger aromatic odor.

Lab tests discovered physical damage by cats increased immediate emissions of iridoids from catnip and silver vine by a factor of twenty and ten, respectively.

Miyazaki said: “It was easy to speculate the response duration would increase with the amount of iridoid.

“However, it was surprising that the change in iridoid composition when silver vine leaves were crumpled and torn by cats also greatly increased the cats’ response.

“The increased emission of iridoids from damaged leaves and changed chemical composition add together to induce a more extended duration of rubbing and rolling response, allowing cats to transfer more mosquito repellents to their fur.

“This helps to reduce the health risks and irritation associated with mosquitoes. We can say that licking and chewing these plant leaves also contributes to chemical pest defense in cats.”

“However, in contrast to silver vine, leaf damage did not alter the composition of catnip iridoids.

“Both intact and damaged extracts of catnip consisted almost solely of nepetalactone, which is present at only very low levels in silver vine.”

But cats were much more responsive to a damaged silver vine-cocktail of chemicals than a catnip equivalent – showing they are sensitive at a lower concentration.

Miyazaki said: “We found that the prolonged feline response to the complex iridoids emitted from damaged silver vine leaves depended on the combination of nepetalactol with other iridoids such as isodihydronepetalactone.”

The researchers also showed mosquitoes are more sensitive to the complex cocktail of iridoids that is induced by damage to silver vine leaves.

Co-author Jane Hurst, of the University of Liverpool, said: “Our findings highlight the possibility that plant-damaging behavior, which occurs alongside self-anointing, might play an important role in gaining pest-repellency in other animals as well as cats.

“Our study has also provided valuable insight into how we can obtain potent natural repellents against pest insects from plants.”

The researchers next plan to look at which gene is responsible for cats’ reaction to catnip and silver vine.

Miyazaki added: “Our future studies promise to answer the key remaining questions of why this response is limited to Felidae species, and why some cats don’t respond to these plants.”

The findings are published in iScience.

«Previous Post
Cam And Get It: Unique Leica 35mm Camera Snapped Up For Over $15 Million At Auction»Next Post
Mykal Manswell Manages To Maintain As Mental Health Advocate