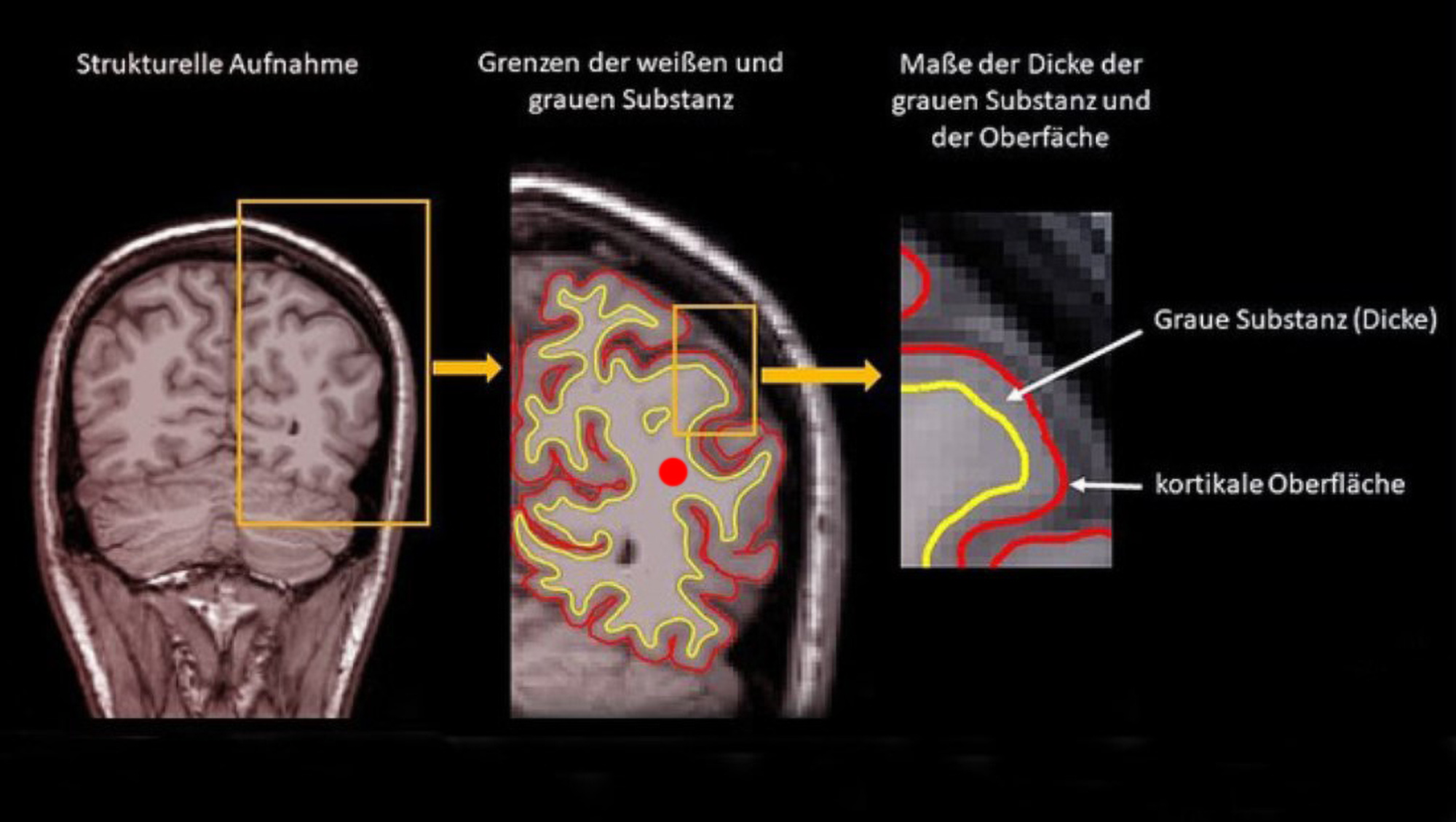 Changes in the brain caused by early childhood experiences are not entirely irreversible. (UHH/Zenger).

A new study claims that early childhood experiences can change a person’s brain structure long-term and in irreversible ways – even if the brain heals.

Professor Cordula Hoelig, a psychologist and neuroscientist, and a researcher at the University of Hamburg in Germany, worked with the LV Prasad Eye Institute in Hyderabad, India, to study people who had been left blind for years after birth due to cataracts but who had had their sight restored thanks to surgery.

In a statement released by the University of Hamburg, the researchers said: “Earlier neuroscientific studies have revealed that unfavorable experiences in the first few months and years of life, for example blindness or poverty, can adversely affect the structural development of the human brain.

“Until now, however, it was not clear whether the brain’s structure can heal if the causes of impairment are eliminated.”

The researchers used Magnetic Resonance Imaging (MRI) technology to make images of people’s brains. The 3D models, all made of people who were between the ages of 6 and 36 at the time of the study, allowed the researchers to measure the thickness and size of the visual cortex.

The University of Hamburg statement said: “The visual cortex is the outermost, multilayered layer of the brain. It is several millimeters thick and it consists primarily of nerve cells, or ‘grey matter.’

“Thanks to its many folds, the cortex has a large surface area, providing space for billions of nerve cell bodies that are responsible for the processing of sensory information and thus for the development of perception.

“In normal development, the cortex begins to thin out after the first and second years of life, while surface area increases throughout puberty.

“Both structural changes are important for the complete maturation of neural networks.”

The study shows that, “at least with regard to the development of those parts of the brain responsible for vision, changes in brain structure persist long-term.”

Hoelig, the author of the study, said: “The study shows that early childhood experiences can change brain structure long-term and, apparently, irreversibly.”

She added: “Even if we looked only at the impact of lack of sight, we suspect that other extreme early childhood experiences, for example those associated with poverty and neglect, could lead to irreparable damage to brain structure.”

The University of Hamburg’s statement said: “The research team discovered that in previously blind subjects, the visual cortex, or the part of the cortex that processes visual information, had both less surface area and was thicker.

“The visual cortex was more similar to that of people who were permanently blind since birth than it was to those with sight from birth. Furthermore, the extent of changes to the visual cortex predicted how well people learned to see after cataracts were removed.”

The study, titled ‘Sight restoration in congenitally blind humans does not restore visual brain structure,’ was published in the academic journal Cerebral Cortex in May this year and was authored by Cordula Hoelig, Maria J. S. Guerreiro, Sunitha Lingareddy, Ramesh Kekunnaya, and Brigitte Roeder.