Zenger News obtained the footage from the Eastern Operational-Territorial Command of the National Guard of Ukraine on June 12.
By William McGee June 16, 2022
Facebook
Twitter
Linkedin
Email 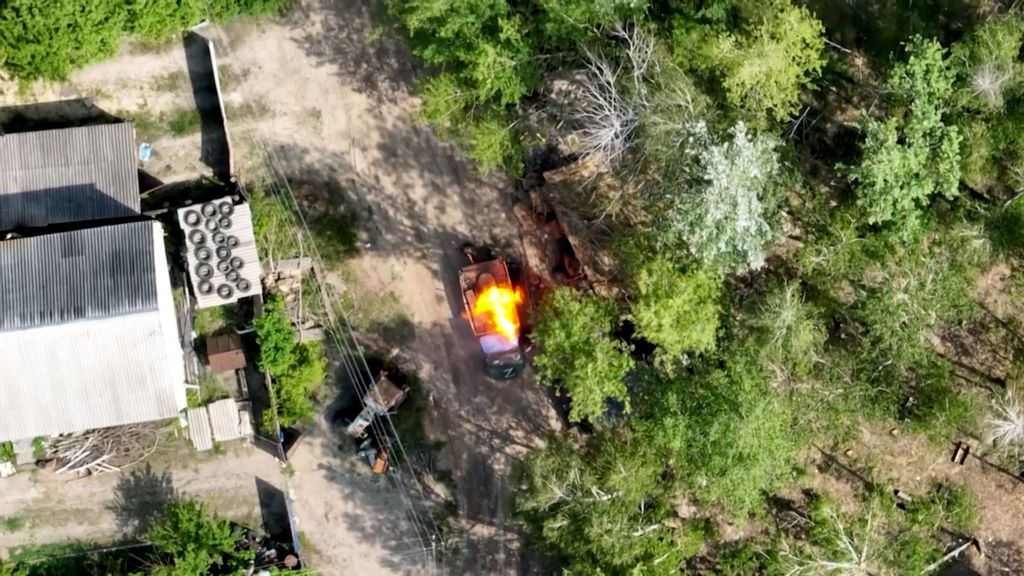 National Guard of Ukraine claim that UAVs of the Guards remotely disturb the Russian infantry taking the lives and injuring many of them in the Kharkiv region in Ukraine. (Eastern Operational-Territorial Association of the NMU/Zenger)

Zenger News obtained the footage from the Eastern Operational-Territorial Command of the National Guard of Ukraine – the Ukrainian national gendarmerie and internal military force – on June 12.

The Eastern Operational-Territorial Command said (in Ukrainian): “Divine punishment is a deadly surprise for Russian fascists. Light UAVs of the National Guard remotely disturb the occupying infantry, taking lives and injuring many of them. They force the enemy to stay close to shelters, shackle and divert significant resources.

“Drones have proven to be a very effective weapon that allows you to remotely detect combat targets, adjust mortar and artillery fire and destroy enemy manpower.

“This time, the Russian occupiers in Kharkiv Oblast relaxed a bit and did not suspect that this would be their last ammunition loading for some of them.

“Thanks to the work of special forces soldiers in Kharkiv Oblast, the enemy’s manpower and ammunition shells were destroyed with the help of a drone.

“Glory to Ukraine. Victory will be ours!”

Ukrainian officials have said that weapons are not arriving fast enough. An adviser to President Zelenskyy, Mykhailo Podolyak, has said that to end the war, they need “1,000 howitzers caliber 155 mm; 300 MLRS; 500 tanks; 2,000 armored vehicles; 1,000 drones”.

The European Parliament has adopted a resolution recommending that the European Union grant Ukraine the status of candidate country for EU membership. On June 8, 438 members of the parliament voted for the resolution, with 65 voting against and 94 abstaining.