Bananas Plan: Cocaine Shipment Worth $83 Million Gets Delivered To Supermarkets By Mistake

The investigation into the shipment of drugs hidden inside banana crates is currently ongoing.
By Joseph Golder June 16, 2022
Facebook
Twitter
Linkedin
Email 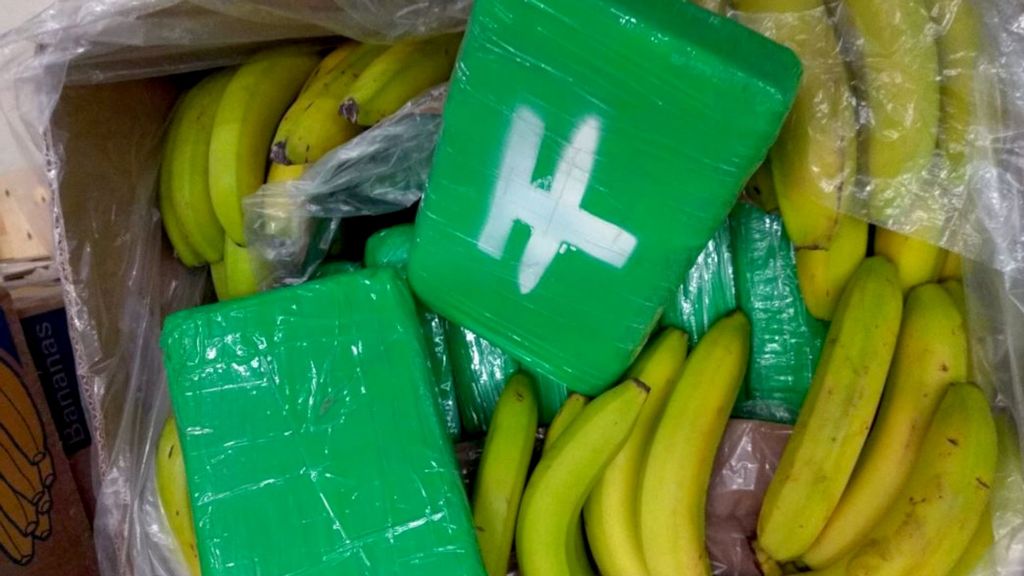 Cocaine cubes found in banana boxes, in June, 2022, in Jicin and Rychnov nad Kneznou in the Czech Republic. (@PolicieCZ/Zenger)

Bungling drug smugglers lost out on a shipment of cocaine with a street value of more than $83 million hidden in crates of bananas after they were delivered to Czech supermarkets before they could be intercepted in Germany en route from Colombia.

The entire haul was eventually collared by cops when supermarket workers at different stores across the country started discovering the powder-filled packages after cracking open the banana crates ready to stock the shelves.

Cops have said that they have seized nearly 2,200 lbs of cocaine with a street value of about $83 million among crates of bananas that were flagged to them by supermarket workers in different stores.

The footage, which was obtained from the Czech police, shows a police officer and a sniffer dog inspecting a consignment of several crates of bananas, which had reportedly originated in Colombia.

The drugs, delivered as blocks of pressed cocaine with a total weight of 1,851 lbs and with a street value of approximately $83 million, had transited via the German port of Hamburg, the largest port in Europe after Rotterdam in the Netherlands, before arriving in the Czech Republic.

Supermarket workers in the Czech capital city of Prague, and in the towns of Jicin and Rychnov nad Kneznou, then reportedly discovered the suspicious blocks of white powder before alerting the authorities, who dispatched officers with canine units to investigate.

“Criminal investigators found that goods of the same batch were distributed to several other places in the Czech Republic.

“Therefore, in cooperation with the [Customs Administration of the Czech Republic] and other entities, it is currently conducting inspections of these places and other actions.”

The Czech police added that they were now looking to work with international authorities to further their investigation. They said: “Information about consignments is kept outside the territory of the Czech Republic, for this reason we will use the institute of international police and judicial cooperation.

“The case was taken over by the National Drug Control Center, which will conduct the investigation. We will provide more information as soon as possible.”

The investigation into the shipment of drugs hidden inside banana crates is currently ongoing.

The United Nations Office on Drugs and Crime (UNODC) said in its latest report, released in 2021, that “Cocaine manufacture reached record levels in 2019 despite growth losing momentum. The output of global cocaine manufacture doubled between 2014 and 2019 to reach an estimated 1,784 tons (expressed at 100 percent purity) in 2019, the highest level ever recorded.”

The UNODC added: “In 2019, Colombia continued to account for the vast majority of the global area under coca bush cultivation (two-thirds) […]”.