Police later said that many of the children were not wearing appropriate footwear for the hike.
By Joseph Golder June 16, 2022
Facebook
Twitter
Linkedin
Email 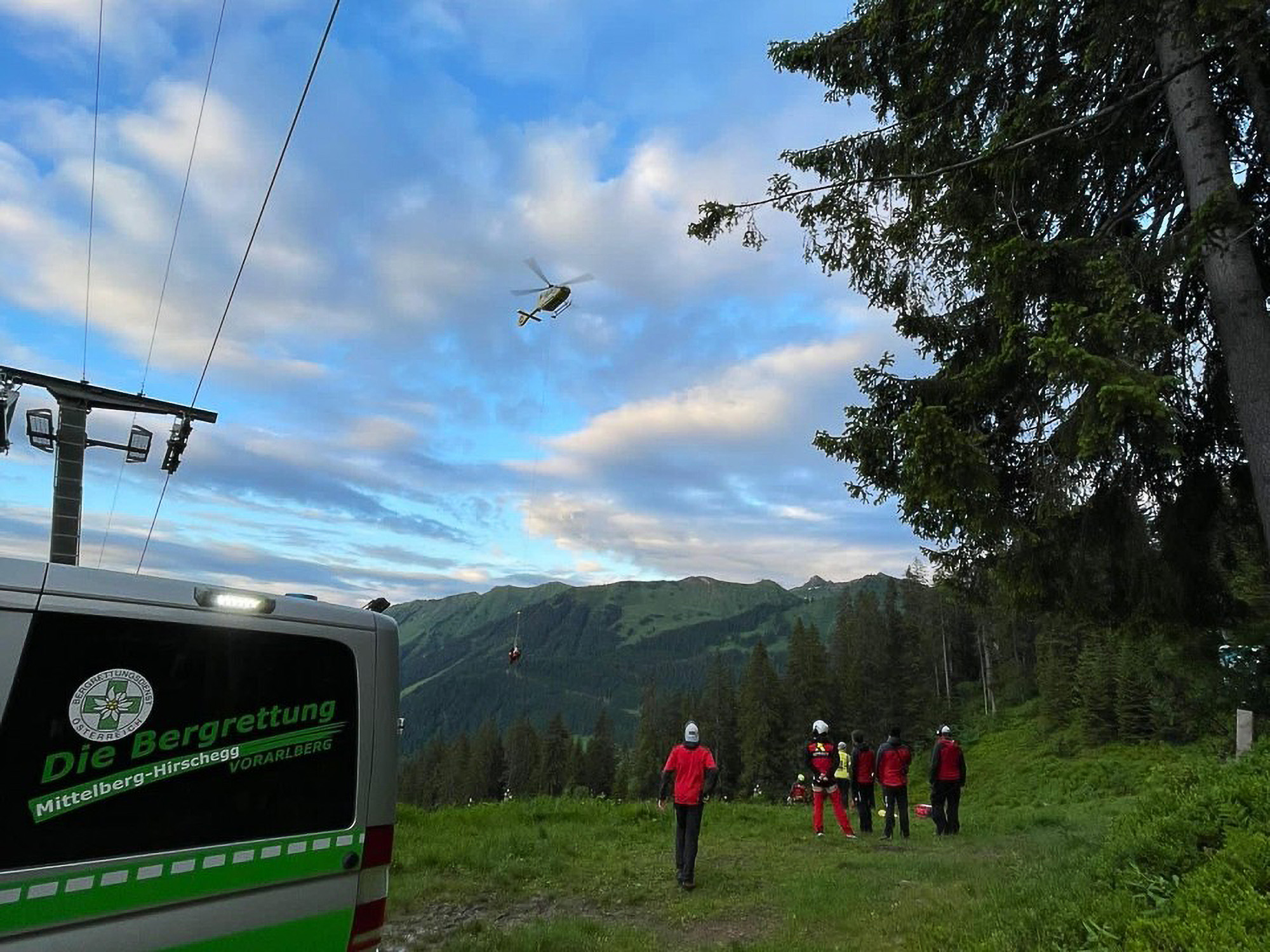 99 students and eight teachers were rescued on 7th of June 2022 from mountain distress in the Austrian Alps. (Bergrettung Riezlern/Zenger).

A teacher who picked a dangerous alpine hiking trail off an internet post causing 99 terrified school kids to be airlifted after becoming stranded could face jail time.

Mountain rescuers scrambled two helicopters and 50 extraction experts to pluck the 99 youngsters from a mountainside in heavy rain last week.

It has now emerged that the sports teacher who allegedly picked the route off the internet could face jail time. The Austrian Penal Code provides for a prison sentence of up to three months or a hefty fine for actions that threaten the physical safety of others, and this has prompted a report to be filed with local prosecutors.

It is unclear if the teacher had been charged at the time of writing.

The trail is, in fact, so dangerous it was removed from official tour guides.

A teacher only called the police for help when the pupils – aged between 12 and 14 -and eight adults became trapped on the alpine track in Hirschegg on the Austrian-German border.

The horrified group leader, who has not been named due to strict local privacy laws, had realized that the exhausted children could go neither forward nor back to their hotel down in the valley.

Two students had already suffered injuries as they fell down on the slippery and rocky trail.

“Some trails that are listed and rated on the different websites even don’t exist anymore.”

Drexel later warned: “Naively trusting what you read somewhere online can get you into unpleasant situations.”

More than 50 mountain rescuers, firefighters and medical staff participated in the huge rescue.

Several students reportedly suffered from hypothermia and some needed counseling from local psychologists.

It is unclear whether the school will have to foot the bill for the rescue.

Local police have filed a report to the state prosecutors in Feldkirch, in the western Austrian state of Vorarlberg.

There have been numerous cases of careless holidaymakers airlifted to safety after opting for challenging hiking paths wearing just flip flops or sneakers.

Local rescue institutions warn of the dangers of changes to weather conditions such as sudden downpours, thunderstorms, and intense snowfall throughout the year.

Schwartz added that many teachers abstain from booking a local guide due to their limited budgets.

Thomas Wanner from the Austrian Alpine Union said the school must brace for a hefty bill if they did not care to obtain special insurance.

Vorarlberg is one of Austria’s nine states.

The small mountainous region is situated in the very west of the Central European country.

It shares borders with Switzerland, Liechtenstein and Germany.

Vorarlberg is one of Austria’s top destinations for skiing vacationers from all over the world, as well as for hikers and mountain cycling enthusiasts during summertime.