Brynn, a disabled teen from Scotland, has fulfilled his dream of completing the 84-mile trek of Hadrian's Wall.
By Darko Manevski June 15, 2022
Facebook
Twitter
Linkedin
Email 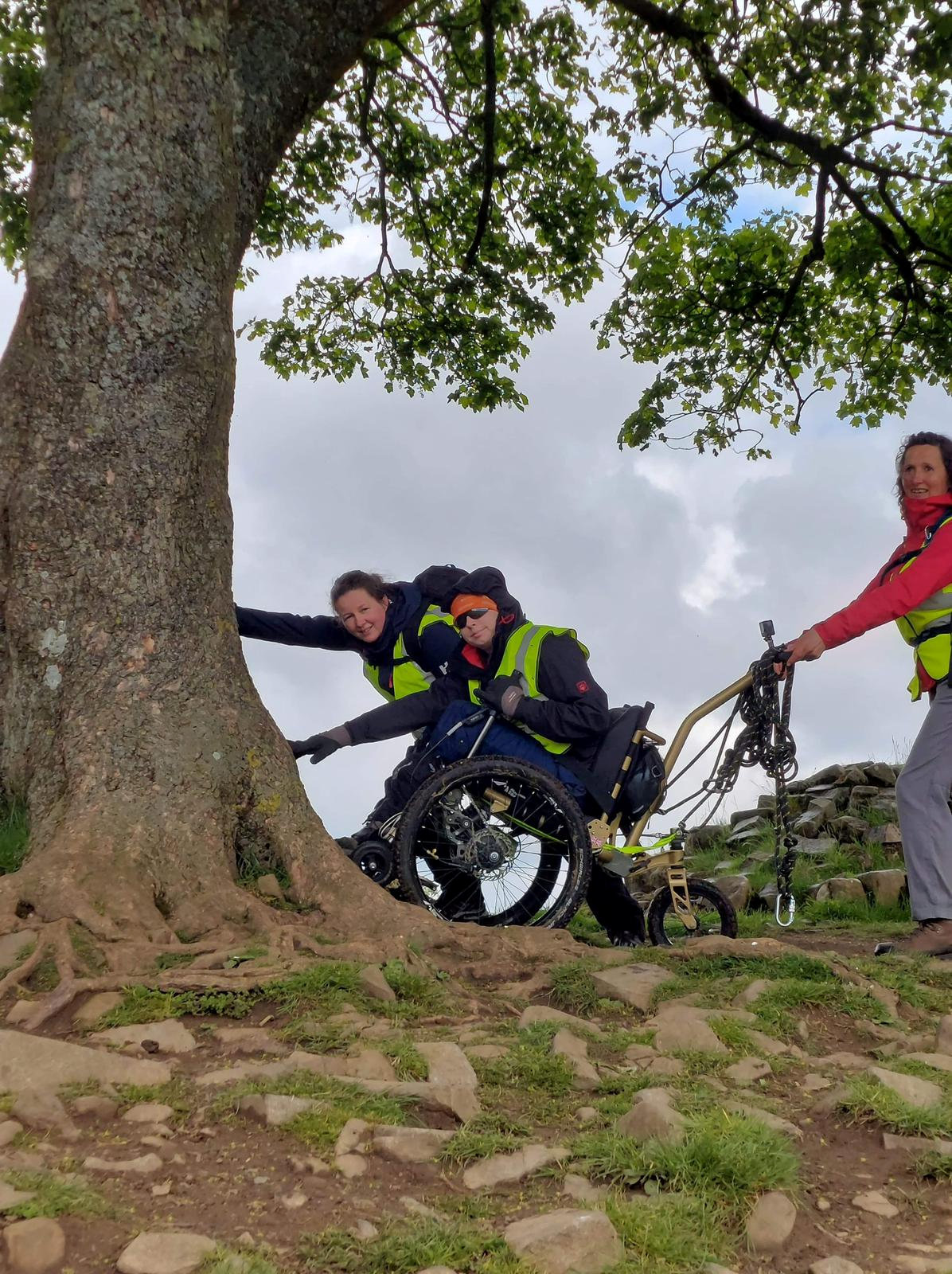 A disabled teen has become the first person to complete an 84 mile trek of Hadrian's Wall - in a WHEELCHAIR. (Jon Mills/Zenger)

A disabled teen has become the first person to complete an 84-mile trek of Hadrian’s Wall across England- in a wheelchair.

Plucky youngster Brynn Hauxwell, 17, who has autism, ADHD, severe asthma, and fixed ankle contractures, took on the historic trail on the border between England and Scotland as part of a charity challenge.

Hadrian’s Wall is a defensive structure built by the Romans in 122 AD that crosses the island, running from Wallsend on the River Tyne in the east to Bowness-on-Solway in the west. A walking path follows the route of the wall.

Brynn, from the Shetland Islands north of Scotland, had dreamed of completing the route after he visited some of the museums associated with the rock wall and saw some parts of it from the vantage of his wheelchair when he was 12 years old.

The arduous journey – which began in Bowness-on-Solway, in England’s Cumbria region bordering Scotland on May 27 and ended 10 days later at Wallsend, near Newcastle on the Tyne River to the east – saw Brynn and his team traveling around eight to nine miles a day and at times going as slow as one mile an hour.

Brynn said: “I always thought this dream was impossible and people still tell me that it is and that I’m crazy for even thinking about doing it.

“I was exhausted and relieved but really proud of myself.

“Day five was the worst because of the weather and difficult terrain. It affected me physically and mentally, especially in the middle section.”

The resilient teen has raised over 11,000 English pounds ($13,000) for Ability Shetland, a charity that supports disabled people to unlock their full potential in all areas of life, and which also provided the mountain trike for the expedition.

He said: “My life has changed so much since 2019 and it is because of Ability Shetland that I have been able to get outside and see sights I never thought I would see with my family and friends.”

Brynn trained every day leading up to the start of the challenge, and he wheeled himself over different terrains for four to seven miles a day.

The Youth Hostel Association provided accommodation for the group, where the hostel acted as a base for the group.

The group then would travel back from the place on the wall they ended the day’s journey and go back and re-start the journey the following morning.

The teenager was also recognized by the Pride of Scotland for his previous fundraising efforts, which he described as “brilliant”and that he “can’t wrap his head around it.”

Brynn’s mother Kim said: “Brynn has learned a lot about himself during this challenge and showed great resilience and determination throughout.

“He’s so resilient. There were times I thought he wasn’t going to carry on, but he did.

“He has overcome so much and my heart is just bursting with pride.”

«Previous Post
Wild Strife: A Wildlife Campaigner Gets Threatened With A Fine Due To Sanctuary Smelling Of Animals»Next Post
Never Give Up – Man’s Daughter Granted His Dying Wish By Reuniting Him With His Biological Father