It is currently unclear where exactly in Ukraine the images were filmed.
By Joseph Golder June 15, 2022
Facebook
Twitter
Linkedin
Email 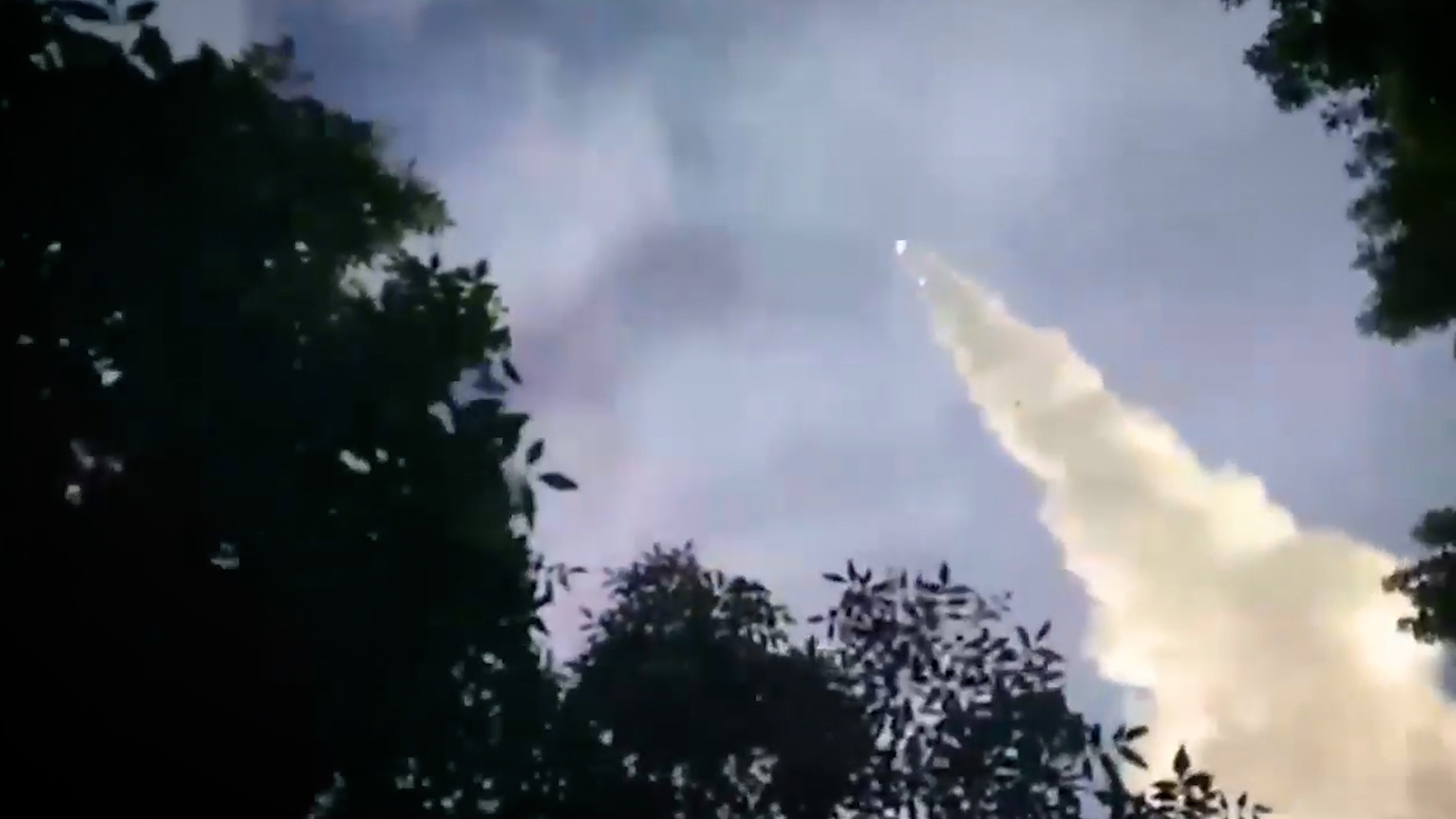 Surveyors helped Iskanders to deliver accurate strikes against the military infrastructure of the Armed Forces of Ukraine. (Ministry of Defense of Russia/Zenger)

These images show a Russian mobile short-range ballistic missile system in action in Ukraine, with topographers producing a map before the vehicle fires its ordnance.

The footage shows a Russian military vehicle with a white ‘Z’ daubed on the side pulling up by the side of a road bordering a lush, green field.

Soldiers can be seen hurriedly running into the field and taking cover in some bushes before setting up some equipment.

The footage then shows the same activity being repeated in a different location, with two soldiers – it is unclear if they are the same soldiers – setting up their equipment.

After performing their measurements, the data is relayed to other soldiers who print out a map.

The map is then taken to other soldiers before a mobile short-range ballistic missile system is seen being deployed. It fires its weapon as the footage ends.

It is currently unclear where exactly in Ukraine the images were filmed but the Russian Ministry of Defense (MoD) said in a short statement obtained on the evening of Monday, June 13, that the footage shows the “combat work of military topographers of the Western Military District and crews of the Iskander OTRK during a special military operation.”

The Western Military District is one of five military districts of the Russian military, with its scope of activity mainly being in the western central region of European Russia. The Iskander OTRK is a mobile short-range ballistic missile system built and used by Russia.

All the bridges to the besieged Ukrainian city of Sievierodonetsk have reportedly been destroyed, the local governor, Serhiy Haidai, said. Ukrainian forces there are now cut off from any possible retreat and fierce street-to-street fighting is taking place in the city, which has been the focus of Russian artillery fire for weeks.

The European Parliament adopted a resolution on June 8 recommending that the European Union grant Ukraine the status of candidate country for EU membership. Some 438 MEPs voted in favor of the resolution, with 65 voting against and 94 abstaining.