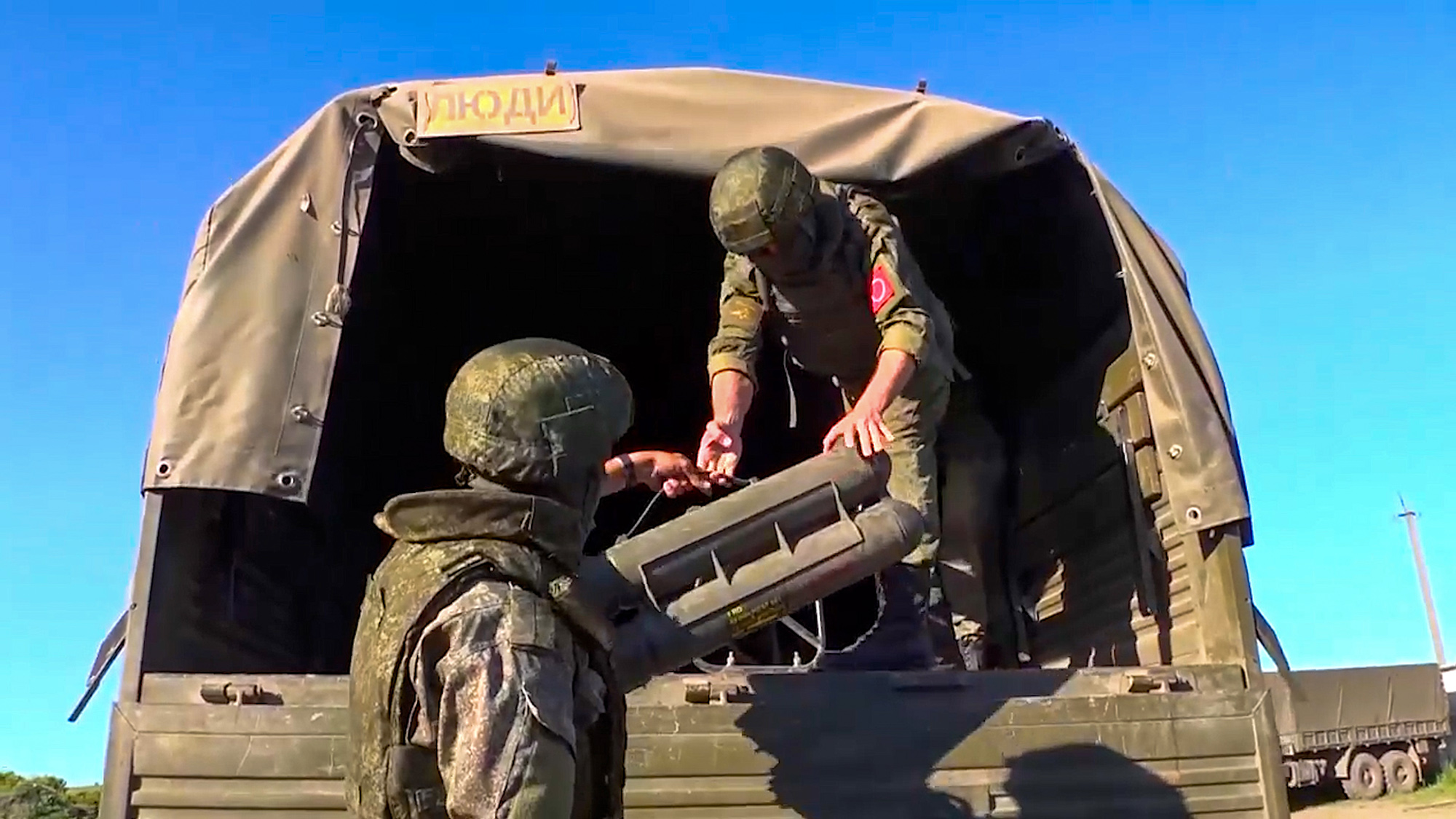 Russian military personnel shows captured weapons hastily abandoned by the retreating units of the Armed Forces of Ukraine. (Ministry of Defence of the Russian Federation/Zenger).

This is the moment a Russian soldier shows off the stockpile of captured Western weapons allegedly abandoned by fleeing Ukrainian troops.

The Russian Ministry of Defense (MoD) claimed on June 13: “Captured weapons hastily abandoned by the retreating units of the Armed Forces of Ukraine.”

The Russian MoD added: “Russian military personnel note that soldiers of the Armed Forces of Ukraine began to increasingly abandon their American ‘Javelin’ anti-tank missile systems and Swedish-produced NLAW [Next generation Light Anti-tank Weapon] imported by Western countries due to their bulkiness.”

In the footage, Maxim, the head of the depot where the captured weapons are being stored, shows the stockpile of arms and tells the camera: “Here, we also have a version of the American Browning M2 heavy machine gun and ammunition for the Swedish 84-mm Carl Gustaf grenade launcher.”

He adds: “We have not seen anything like this before.”