Elite Forces Turn Vehicles At Russian Base Into Fiery Wrecks 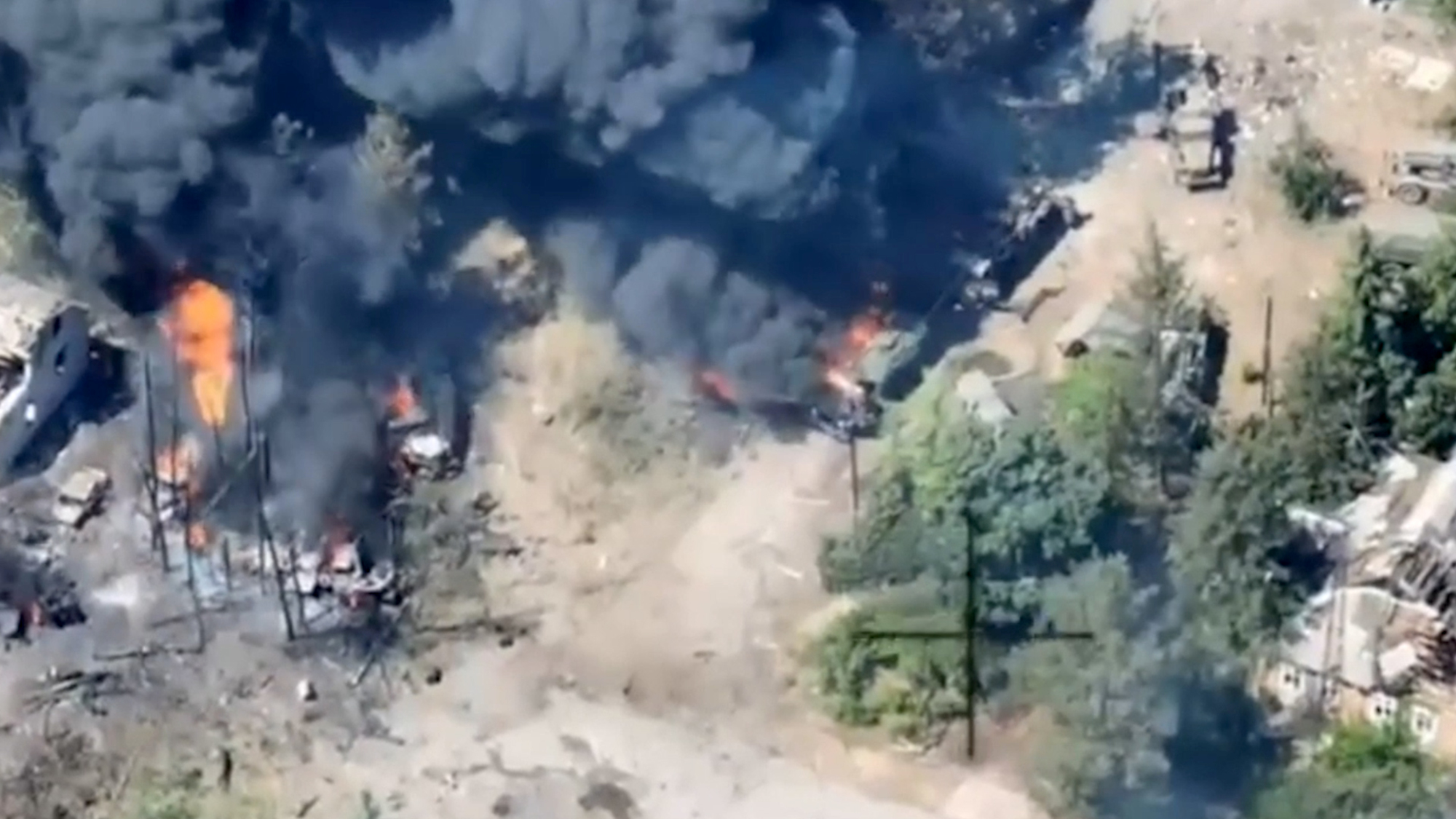 Command of the Assault Troops of the Armed Forces of Ukraine have shared that they destroyed the BM-27 Hurricane MLRS battery and the MTZ unit of the Russian Military in Ukraine. (@dshv.mil.gov.ua/Zenger)

This aerial footage purports to show Russian military vehicles and pieces of Russian military equipment spewing flames and thick, black smoke after they were hit in Ukrainian artillery strikes.

Zenger News obtained the video from the Ukrainian Air Assault Forces (DShV) – one of the five branches of the Armed Forces of Ukraine and considered the elite of Ukraine’s armed forces – on Monday, June 13.

The DShV said (in Ukrainian): “The Air Assault Forces of the Ukrainian Armed Forces destroyed a BM-27 Uragan multiple rocket launcher and a material and technical support unit of the Russian occupiers.

“Effective use of artillery from the 81st Airmobile Brigade of the Air Assault Forces of the Armed Forces of Ukraine destroyed an BM-27 Uragan multiple rocket launcher together with special vehicles and a logistics base of the Russian Armed Forces, where the occupiers refueled and serviced military equipment in the field.

The BM-27 Uragan is a self-propelled 220mm multiple rocket launcher designed in the Soviet Union. It entered service in 1975. It is also used by the Ukrainian military.

The DShV, which are headquartered in Zhytomyr in western Ukraine, did not specify where in the country the footage was filmed.

On June 8, European Parliament adopted a resolution recommending that the European Union grant Ukraine the status of candidate country for EU membership. Some 438 MEPs voted in favor of the resolution, with 65 voting against and 94 abstaining.