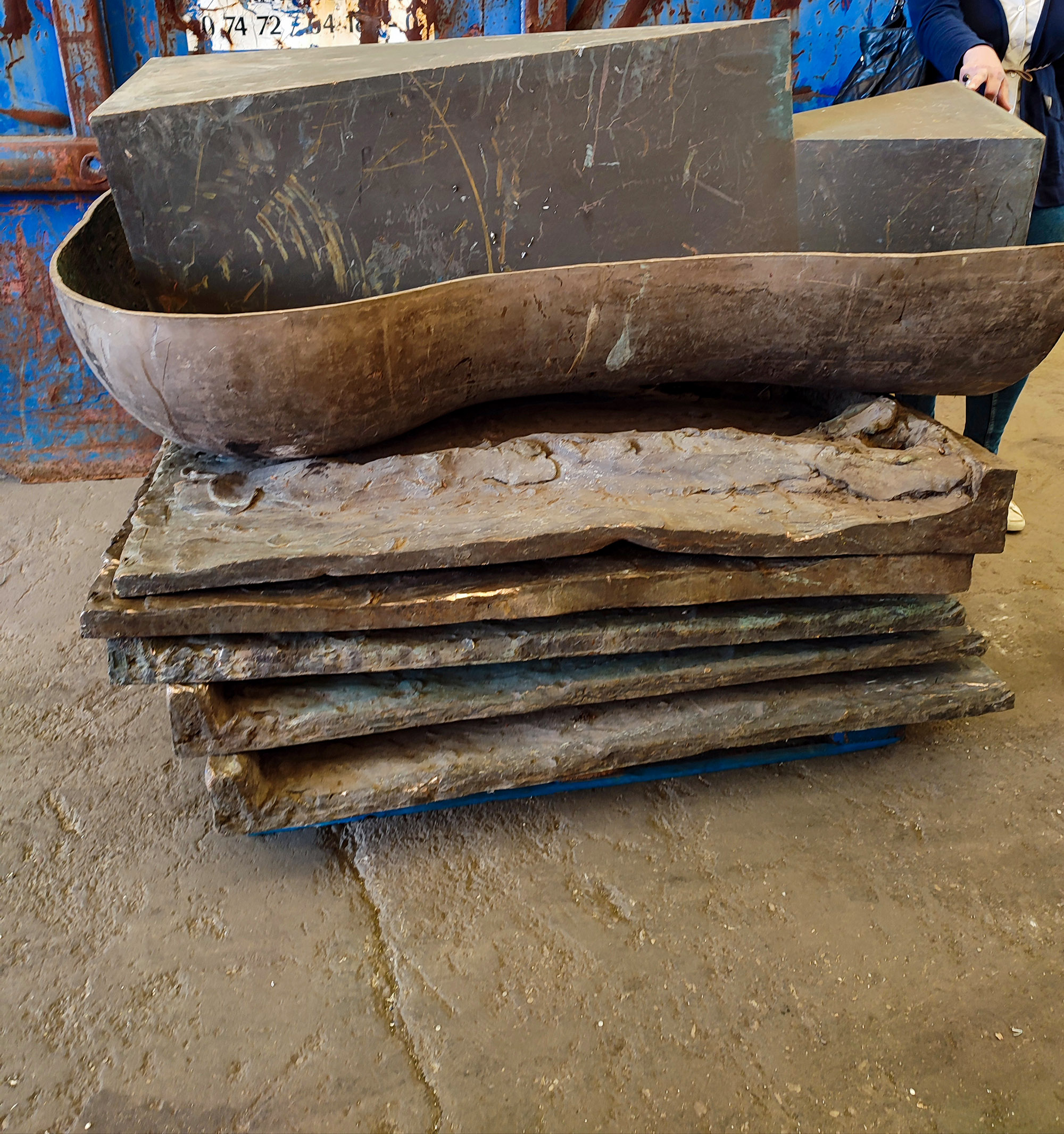 The five bronze reliefs that were stolen from a studio site in the second municipal district Leopoldstadt in the Austrian capital Vienna. (Landespolizeidirektion Wien/Zenger)

Police say that five bronze reliefs and two bronze sculptures worth over a million dollars were saved from being melted down in a furnace after clueless thieves sold them as scrap metal.

Police in Vienna said that investigators had “succeeded in arresting two Romanian citizens aged 37 and 41 in the Ottakring district on June 9, 2022 with the active support of the task force to combat street crime (EGS).”

They are suspected of having stolen five bronze reliefs and two bronze sculptures from a studio in the Leopoldstadt area of the Austrian capital between May 15 and 28, the police said.

The works of art were reportedly created by the famous Greek-Austrian sculptor Joannis Avramidis (1922-2016).

The police said: “Together, the objects are said to have an art market value of more than $1.04 million (1 million euros) and weigh around [2,200 pounds].”

They were almost melted down in a furnace as scrap metal, according to the police, who added: “It is thanks to the intensive investigations by the criminalists that the objects were not melted down.

“It was ascertained that the suspects had sold the art objects to a recycling company for a metal value of a few thousand euros and that they were going to be melted down imminently.”

The police said that the works of art had now been returned to their rightful owner, who has not been named, while the two suspects, who have not been named either and who deny having committed the theft, were taken into custody.

It was unclear at the time of writing if the suspects had been formally charged.

Widely considered one of Austria’s most important sculptors, Joannis Avramidis was born in 1922 in Batumi, which was then a city in the Soviet Union and is now in Georgia, to Pontic Greek parents.

He was conscripted by the Nazis in 1943 before being deported to Vienna as a foreign worker.

After the end of World War II, he studied painting at Vienna’s Academy of Fine Arts before studying under the Austrian artist Fritz Wotruba.

He was a Professor of Sculpture at Vienna’s Academy of Fine Arts from 1965 until he retired in 1992. He died in 2016 at the age of 93, two years after the death of his wife, Annemarie Avramidis.