The images were obtained from the 40th Artillery Brigade of the Ukrainian Ground Forces.
By Lee Bullen June 14, 2022
Facebook
Twitter
Linkedin
Email 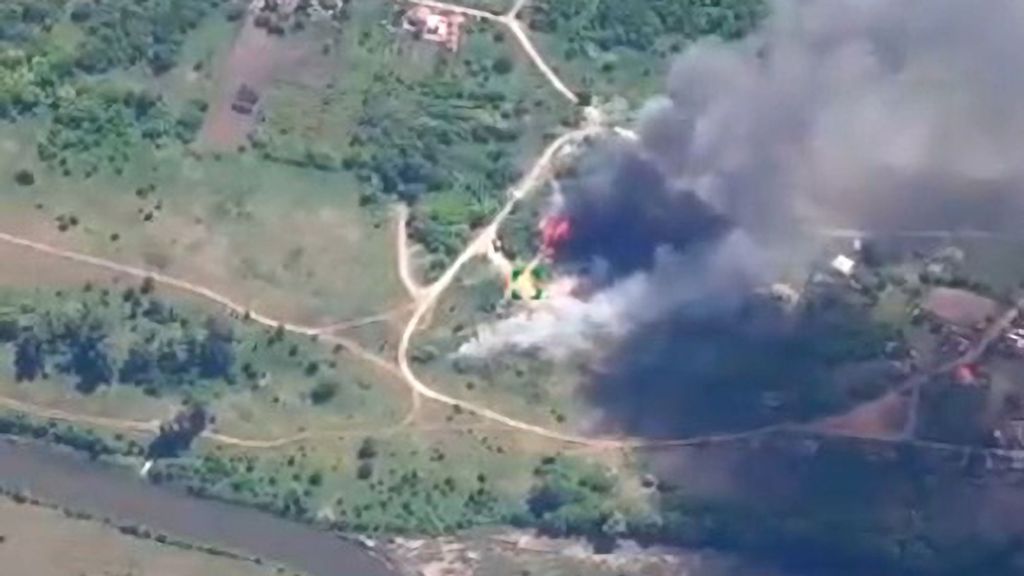 The brigade named after Prince Vytautas apparently destroyed the accumulation of military equipment and ammunition of the Russians in Ukraine in June 2022. (@40OAbrigade/Zenger)

In a moment captured by a graphic video, Ukrainian soldiers heavily bomb a wooded area where Russian personnel and equipment were gathered.

The images were obtained from the 40th Artillery Brigade of the Ukrainian Ground Forces.

The 40th Artillery Brigade, which is named after Grand Duke Vytautas and which is an artillery formation of the Ukrainian Ground Forces, said on June 10: “Have you been waiting for a long time? Hold on!”

The footage shows a series of explosions in a wooded area as the blaze intensifies and Russian ammunition pops off like fireworks.

We contacted Russian and Ukrainian officials for comment, but had not received a reply at the time of writing.

The European Parliament adopted a resolution recommending that the European Union grant Ukraine the status of candidate country for EU membership. On June 8, 438 members of the deliberative body voted in favor of the resolution, with 65 voting against and 94 abstaining.