The images were obtained from the 24th Mechanized Brigade of the Ukrainian Ground Forces on Saturday, June 11.
By Joseph Golder June 14, 2022
Facebook
Twitter
Linkedin
Email 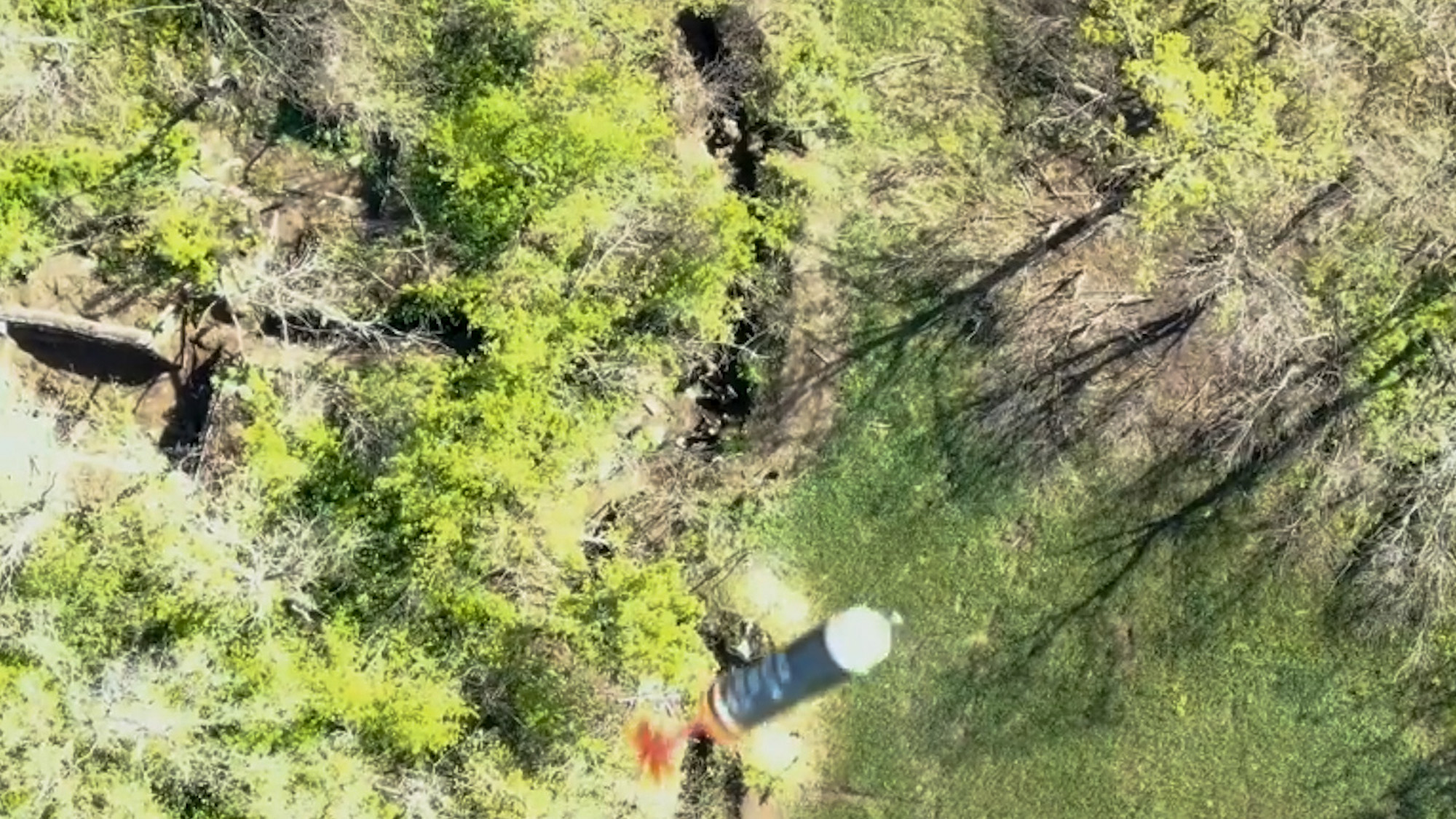 Fighters of the Royal Brigade shared a video of the destruction of the Russian soldiers in the trenches with the help of a drone in Ukraine. (@24th.brigade/Zenger)

These images purport to show Ukrainian fighters taking out Russian soldiers in World War I-style trenches thanks to a drone.

The images were obtained from the 24th Mechanized Brigade of the Ukrainian Ground Forces on Saturday, June 11.

The footage was also shared by the Strategic Communications Department (StratCom) of the Armed Forces of Ukraine.

StratCom said: “Soldiers of the 24th Mechanized Brigade named after King Daniel demonstrate their hospitality to the occupiers.”

They signed off with the now-famous slogan “Slava Ukraini!”, which means “Glory to Ukraine!”.