Zenger News obtained the video from the Ministry of Defense (MoD) of the Russian Federation on Sunday, June 12.
By William McGee June 14, 2022
Facebook
Twitter
Linkedin
Email 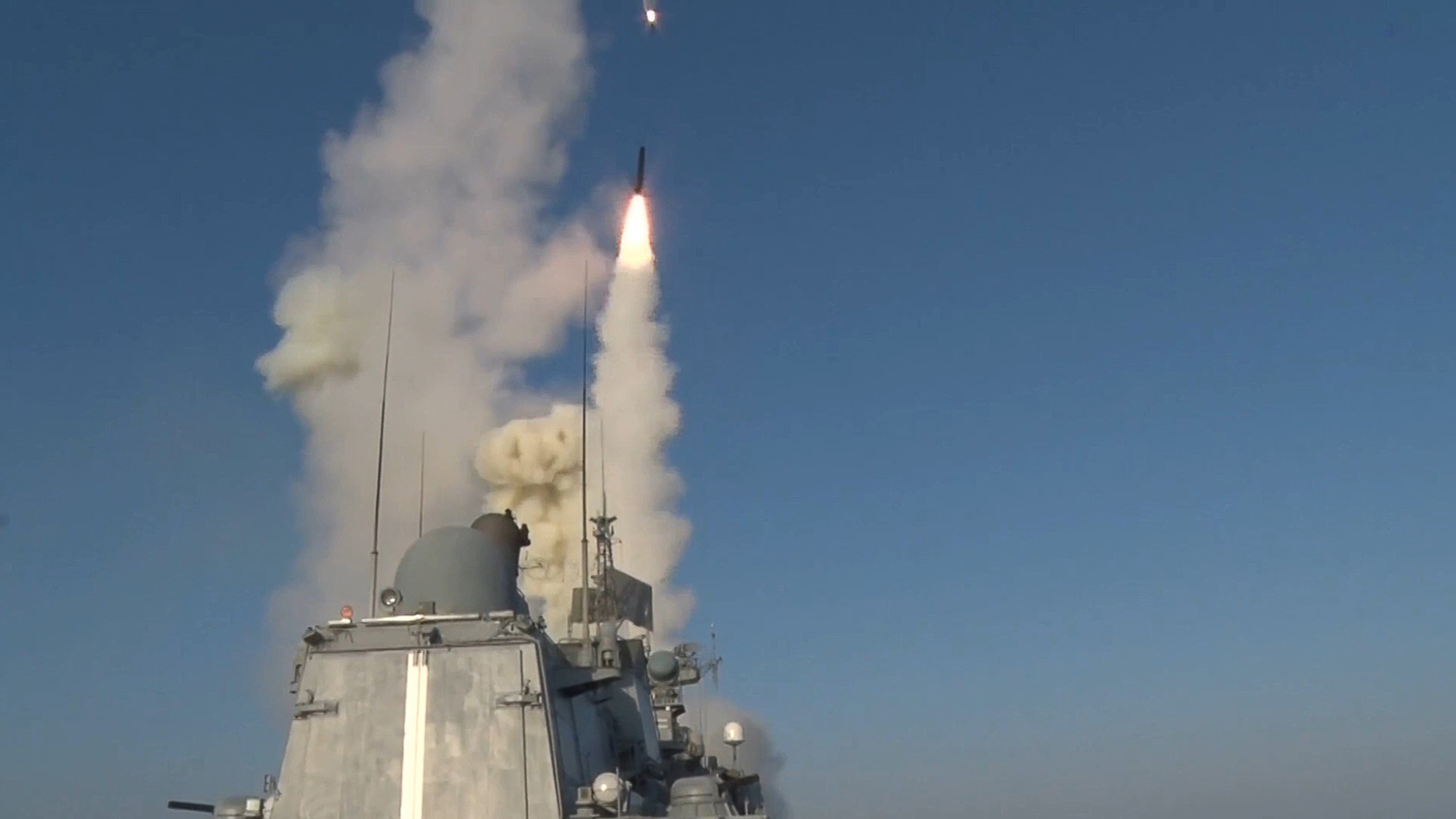 The launch of Kalibr missiles at military facilities in Ukraine in June 2022. (Ministry of Defense of Russia/Zenger)

This graphic footage shows a Russian warship in the Black Sea launching a salvo of missiles towards targets in Ukraine.

Zenger News obtained the video from the Ministry of Defense (MoD) of the Russian Federation on Sunday, June 12.

The Kalibr is a family of Russian cruise missiles developed by the Novator Design Bureau, which is headquartered in Yekaterinburg. It entered service in 1994.

The Russian MoD did not specify what was hit in the strikes or where they took place.

In a briefing on June 13, the Russian MoD said (in English): “In total, 201 Ukrainian airplanes and 130 helicopters, 1,196 unmanned aerial vehicles, 338 anti-aircraft missile systems, 3,525 tanks and other armored combat vehicles, 515 multiple launch rocket systems, 1,933 field artillery and mortars, as well as 3,583 units of special military vehicles were destroyed during the operation.”

Russia invaded Ukraine on February 24 in what the Kremlin is calling a “special military operation” to “liberate the Donbas.” The Donbas is the region incorporated by the breakaway, so-called Peoples’ Republics of Donetsk and Luhansk, whose independence Russia recognized just before the invasion.

Russia’s incursion into Ukraine is in its 110th day as of June 13.

On June 8, the European Parliament adopted a resolution recommending that the European Union grant Ukraine the status of candidate country for EU membership. Some 438 members of the parliament voted in favor of the resolution, with 65 voting against and 94 abstaining.