"The air strikes were carried out from a range of over 5 kilometers [3.1 miles]."
By Joseph Golder June 14, 2022
Facebook
Twitter
Linkedin
Email 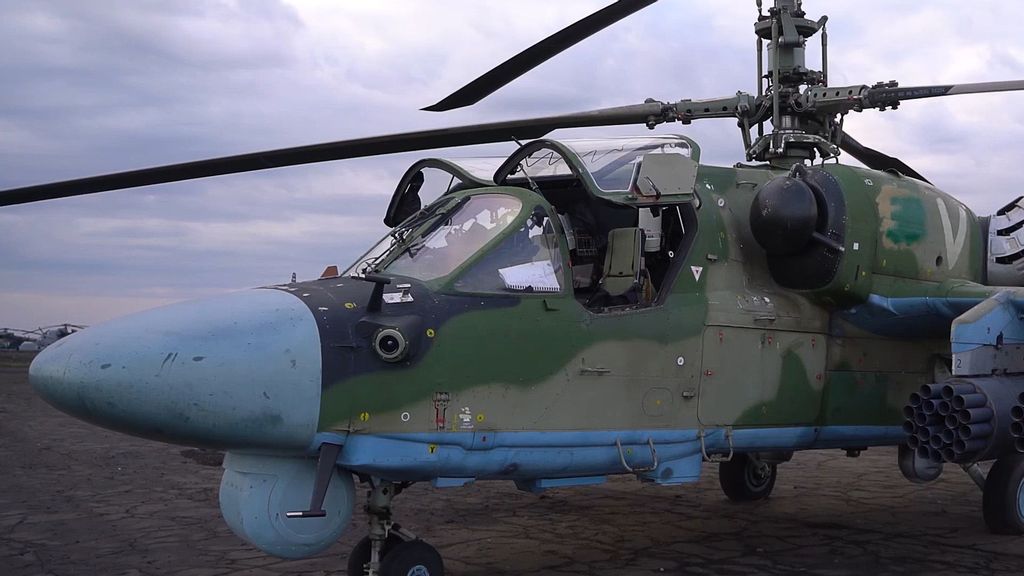 Combat work of the crews of Ka-52 attack helicopters to destroy strongholds of the Armed Forces of Ukraine, in June 2022. (Ministry of Defense of Russia/Zenger)

The released footage shows the attack helicopters, sporting white ‘V’ symbols on their fuselages, being prepared for combat before they take off and head towards their targets. The images then appear to show them opening fire on Ukrainian targets.

Salvos of rockets can be seen being fired from some of the helicopters before the footage shows the aircraft landing, presumably back at their base.

It is unclear where exactly the attacks took place, but the Russian Ministry of Defense (MoD) said in a short statement on the evening of Sunday, June 12: “Ka-52 attack helicopter crews engaged in combat operations to destroy AFU [Armed Forces of Ukraine] strongholds.

“During the flights, the army aviation pilots carried out missile launches against the identified strongholds of AFU units.

“The air strikes were carried out from a range of over 5 kilometers [3.1 miles].”

Russian troops invaded Ukraine on February 24 in what the Kremlin continues to say is a “special military operation.” June 13 marks the 110th day of the campaign.

The European Parliament has adopted a resolution recommending that the European Union grant Ukraine the status of candidate country for EU membership. Some 438 members of Europe’s parliament voted in favor of the resolution, with 65 voting against and 94 abstaining.