It is currently unclear where exactly in Ukraine the footage was shot.
By Joseph Golder June 14, 2022
Facebook
Twitter
Linkedin
Email 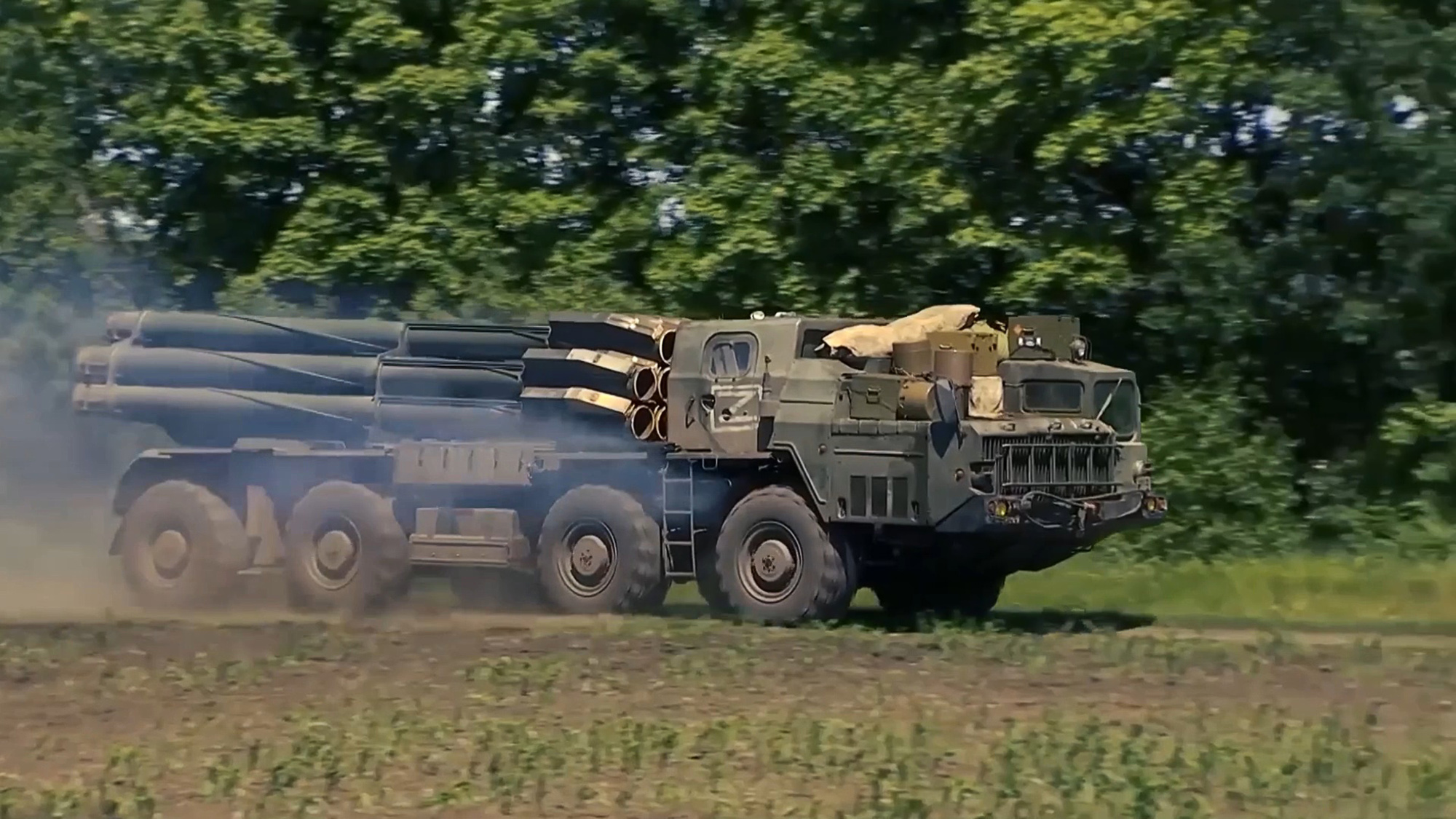 Combat work of the MLRS 'Smerch' in June 2022. (Ministry of Defense of Russia/Zenger)

The released footage shows one of these vehicles, sporting a white ‘Z’ on its side, being deployed before it appears to acquire a target. It then fires, apparently hitting its target.

It is currently unclear where exactly in Ukraine the footage was shot but the images were obtained from the Russian Ministry of Defense (MoD) on the evening of Sunday, June 12.

The Russian MoD said that the images show a ‘Smerch’ MLRS in action. The BM-30 Smerch is a heavy multiple rocket launcher originally built in the Soviet Union.

The European Parliament has adopted a resolution recommending that the European Union grant Ukraine the status of candidate country for EU membership. Some 438 members of Europe’s parliament voted in favor of the resolution, with 65 voting against and 94 abstaining.