The Wallacean islands have a long and rich history of being home to modern humans going back thousands of year.
By Joseph Golder June 14, 2022
Facebook
Twitter
Linkedin
Email 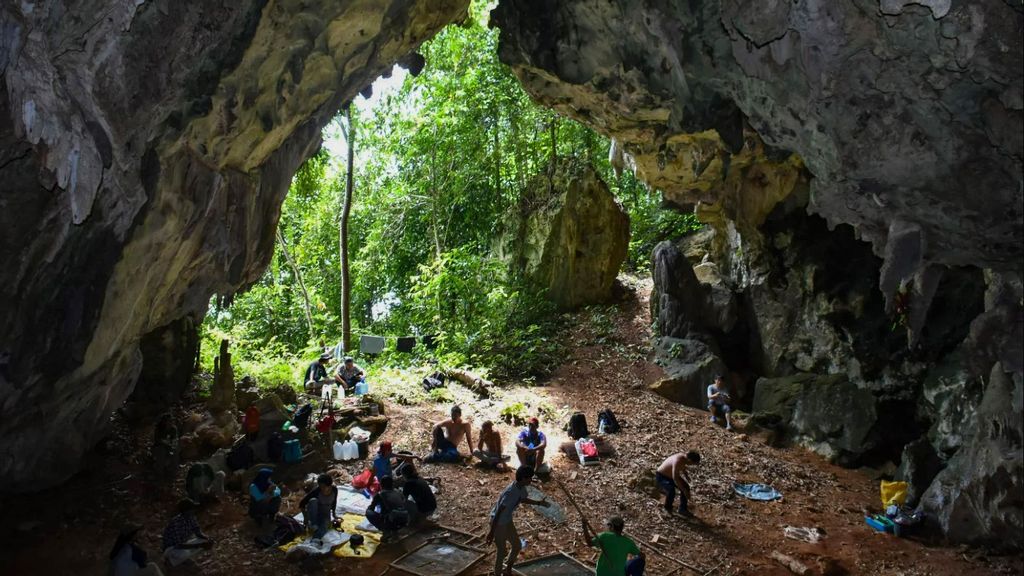 Cave entrance of the Topogaro 2 site, one of the cave sites of the Topogaro complex located in Central Sulawesi. Topogaro 2 has been excavated since 2016. Human remains from the past 2,000 years were found in the upper layers. (Rintaro Ono/Zenger)

An international team of experts has sequenced the DNA from 16 ancient people and found that a group of Indonesian islands were a melting pot for humans thousands of years ago.

The Wallacean islands, in what is now Eastern Indonesia, have a long and rich history of being home to modern humans going back thousands of years, according to the Max Planck Institute for Evolutionary Anthropology in Germany.

The islands, separated by deep straits and located between the Asian and Australian continental shelves, have yielded evidence that there was repeated genetic mixing between distinct groups of human beings going back at least 3,000 years, the experts said.

Announcing the results of a study of the genomes, a statement from the institution said: “To gain further insights into Wallacea’s settlement history, an international team of scientists led by the Max Planck Institutes for Evolutionary Anthropology (Leipzig), the Science of Human History (Jena) and the Senckenberg Center for Human Evolution and Paleoenvironment at the University of Tubingen sequenced and analyzed 16 ancient genomes from different islands of Wallacea, finding evidence for repeated genetic admixtures starting at least 3,000 years ago.

“Those contacts involved multiple distinct groups from neighboring regions of Asia and Oceania.”

The experts found that while these tropical islands acted as “a corridor for modern humans migrating into the Pleistocene Australia-New Guinea landmass (Sahul),” with evidence of humans living there at least 47,000 years ago, “the archaeological record attests a major cultural transition across Wallacea that started around 3,500 years ago and is associated with the expansion of Austronesian-speaking farmers, who intermixed with local hunter-gatherer groups.”

The international team of scientists found that “local hunter-gatherers’ genetic ancestry was largely replaced,” according to a co-author of a study of the genomic data, Cosimo Posth. He added, “All Wallacean individuals sequenced in this study are more similar to present-day New Guinean groups than to the earlier local population, suggesting that these two regions were more closely connected in ancient times than previously imagined.”

And Mark Stoneking, another co-author of the study, said: “Previous studies based on present-day populations have reported widely different estimates, some of which preceded the archaeological evidence for the Austronesian expansion, while others were much more recent. Since we now have ancient individuals from different time periods we can directly show that admixture occurred in multiple pulses or continuously since at least 3,000 years ago throughout Wallacea.”

He added: “Future studies on older genomes might extend this date even further.”

The study has revealed “a closer relationship between the Austronesian-related ancestry of ancient individuals from northern Wallacea and the Pacific, compared to those from southern Wallacea – a pattern matched by linguistic evidence.”

The study also revealed that there was a significant genetic contribution from mainland Southeast Asia to the people living on the island.

And co-author Peter Bellwood, who has conducted extensive archaeological work in Southeast Asia, said: “That Mainland Southeast Asian component is a great mystery to me. I suspect that we might be looking at small groups, perhaps of early farmers, who traveled a long way, left no archaeological or linguistic traces along the way, but who increased their population sizes after arrival.”

The study, titled ‘Ancient genomes from the last three millennia support multiple human dispersals into Wallacea’, was published in the academic journal Nature on Thursday, June 9.