Last Call: A Devastated Owner Has Been Forced To Close Her Village Pub Due To Doubled Utility Bills 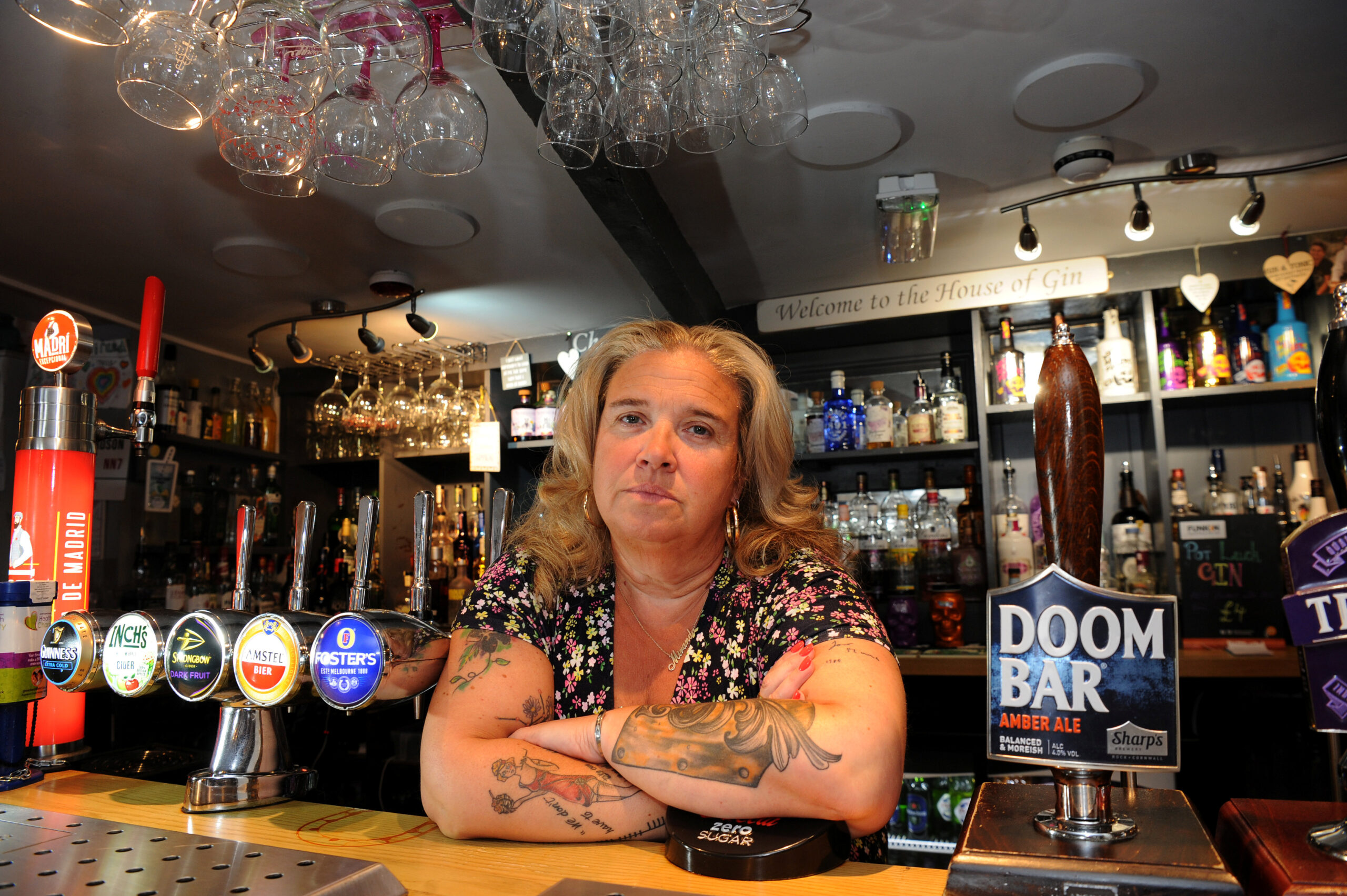 A devastated landlady has been forced to close her village pub after her utility bills more than doubled in a single year. (Emma Trimble/Zenger)

A devastated pub owner has been forced to close her village drinking establishment after her electricity bills more than doubled to approximately the equivalent of $138,000 a year.

Miranda Richardson, 48, has run The Live and Let Live pub in the picturesque village of Harpole in Northamptonshire, England, for four years.

But the popular landlady has been forced to call time due to sky-rocketing electricity bills which have shot up from around $59,269 to $138,294 a year.

In a tweet which attracted more than 800,000 views and shares, Miranda posted a snap of her latest quarterly gas bill which was a staggering $9,380.

She tweeted: “Have to laugh when people ask why I’m giving up my pub, you know, ‘The Village Goldmine’. Well, hun, this quarterly gas bill should answer that question.”

Miranda revealed the eye-watering bill had almost doubled meaning she would be paying around $37,043 dollars on gas this year alone.

“If I’m honest at the moment I’m just about functioning. I love doing what I do but I can’t sustain it.

“I have worked as hard as I can possibly can. I will keep going until I shut the door. I do get upset about it and I do get sad but I didn’t do it, this is not on me and that’s the only way I can cope.”

Miranda, who employs six bar and waiting staff along with a full-time chef, said it cost her 5,000 British pounds ($6,274) a week “just to open the doors.”

She added: “In January the cost of opening was around 2,700 pounds a week and by March that had gone up to 3,800 pounds.

“It’s not sustainable and certainly won’t be when another hike in energy bills comes in in October.

“I’m in a wonderful village, but it’s a village pub and I’m tucked away.

“What we are up against is not a question of saying to people ‘Oh come out and use it’, that’s not the situation now because people are dealing with their issues, their own energy problems at home.

“When people may have come out three or four times before, that’s not happening now and I fully understand why.”

In a drastic illustration of how devastating the energy crisis has become, Miranda’s gas bill between February and April last year was 1,500 to-6,200 British pounds ($1,852 – $7,408) less than the same period this year.

Miranda, who is married to her husband Guy, 51, who has two grown-up children and one granddaughter, will close the pub on July 21.

Since announcing the closure of the pub, which is owned by Stonegate Group, on Twitter on Monday (June 6) she has been inundated with support.

She said: “The tweet has gone to lots of communities and the general vibe is, ‘Christ, this is what small businesses are facing’.

“And that’s why it’s just gone as mad as it has, because this is life, it is reality right now.

“Covid, we got through it, I was determined to.

“Everybody’s home bills have gone up so when you’re making that choice about going out, of course you don’t.

“In the domestic world there are energy caps. We don’t have caps in business, my bills will just continue to rise.

“There are hundreds of people in the same position as me up and down the country, they’re all slowly sinking.

“People who run very successful businesses are going to be bankrupt by the end of the year. That’s really sad.

“The pub industry has been nothing but hammered in the last three years, every step we take we are hammered.

“The bigger chains will survive but the smaller community ones, they are not going to be able to cut it.

“Without local pubs communities don’t engage with each other.

“We’ve been here before with the recession in 2008, we’ll come out the other side of it, will it look the same?

“No it won’t, at all. I think people have just got to be prepared for that.

“I don’t think enough is done or said to these major fuel companies which are making major profits left, right and center. I think that’s the shocking thing.

“Also, why aren’t businesses given a lot more encouragement to using solar energy?

“Why are we not given the tools and the means to be more sustainable?”

«Previous Post
And All Because…: Cops Give Box Of Milk Tray To Shopper Who Handed In $4,700 Found In Supermarket»Next Post
Meditating In The Metaverse: Tripp Expands Its Virtual Escapes