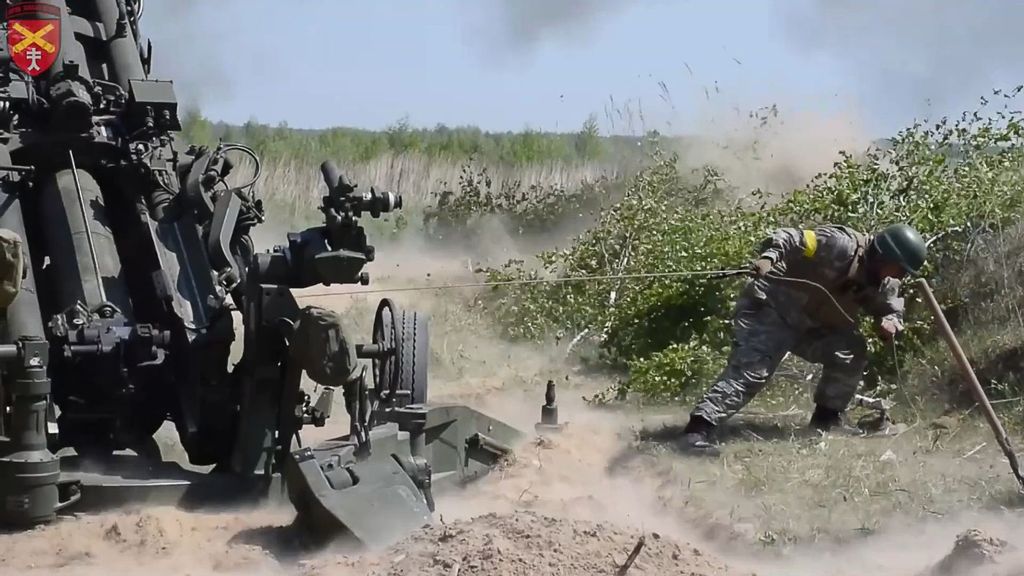 This footage shows Ukrainian troops firing artillery pieces at Russian military targets and ends with a montage of exploding warehouses and charred vehicles.

Zenger News obtained the video from the 44th Separate Artillery Brigade – an artillery formation of the Ukrainian Ground Forces – on Sunday, June 12.

The brigade said (in Ukrainian): “Protecting Ukraine is our vocation!

“There are fewer enemy positions, fewer Grads, tanks and other equipment of the occupiers and more confidence in our victory.

“When they work, [they are] the gods of war – fighters of the 44th Separate Artillery Brigade named after Hetman Daniel the Apostle.

The BM-21 Grad is a self-propelled 122-mm multiple rocket launcher designed in the Soviet Union. It entered service in 1963.

The brigade did not specify where in Ukraine the footage was filmed or list what equipment was destroyed in the strikes.

Russian troops invaded Ukraine on February 24 in what the Kremlin is still calling a “special military operation”. June 13 marks the 110th day of the campaign.

The European Parliament has adopted a resolution recommending that the European Union grant Ukraine the status of candidate country for EU membership. Some 438 members of the deliberative body voted in favor of the resolution, with 65 voting against and 94 abstaining.