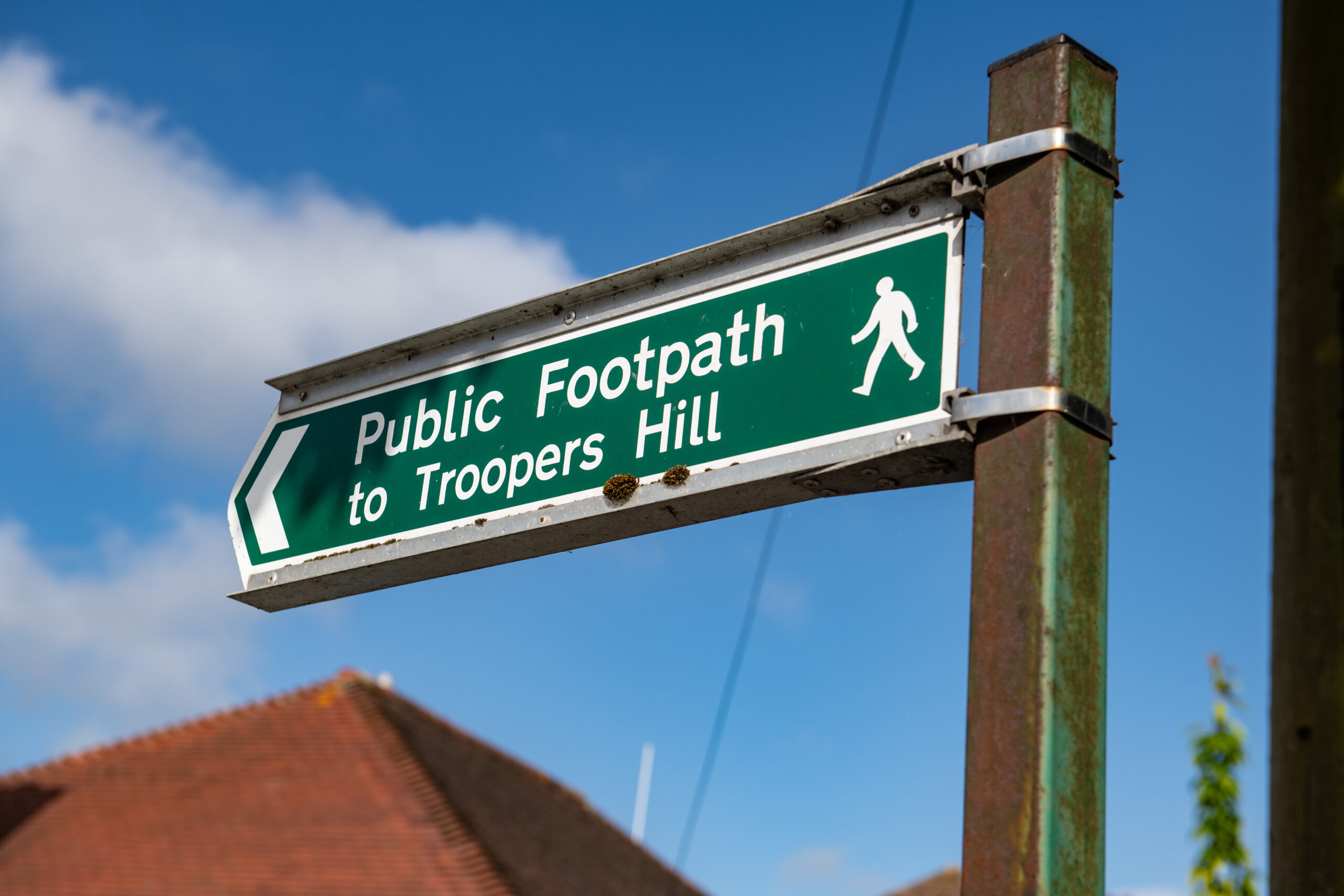 A council has been accused of an 'apostrophe catastrophe' at a landmark - after putting the punctuation mark in three different places on three signs. (Adam Hughes/Zenger)

A town council in England has been accused of an ‘apostrophe catastrophe’ at a landmark – after putting the punctuation mark in three different places on three signs.

The trio of signs call the hillside Trooper’s Hill, Troopers’ Hill and Troopers Hill – sparking a debate that goes back over 200 years.

The beauty spot located in Bristol in the west of England has been operating as a local nature reserve for 27 years now and is reported to be “one of the most spectacular wildlife spots in the city.”

The newest sign that has been put up on the land, run by Bristol Parks, a subgroup of Bristol City Council – says ‘Public Footpath to Trooper’s Hill.’

This name matches an old sign on a chimney – one of two stone structures built at the top of the hill dating back to the 1790s and 1800s.

But that contradicts two existing signs – for Troopers Hill and Troopers’ Hill.

Friends of Troopers Hill, a community-oriented group of volunteers who work with Bristol City Council to maintain and preserve the area – use no apostrophe at all.

Rob Acton-Campbell said: “The apostrophe has never been fixed – with all three options having been used on maps in the 1800s.

“Some of the early minutes of Friends of Troopers Hill meetings use the apostrophe before or after the s, but I think we settled on not using it mainly because, although there wasn’t social media then (2003), we did want a website and knew we couldn’t have an apostrophe in a domain name – and none of the options could be said to be wrong.

“Troopers Hill is a really important site for biodiversity with 83 different species of bees having been recorded on the site, there are also fantastic views. I hope that the publicity around this issue will inspire more people to visit.”

As a group, Friends of Troopers Hill aim to provide community focus for people who care about the reserve, carry out practical conservation work, organize public events and work with Bristol Parks to ensure the park is well looked after.

Another spokesperson from the group said: “It’s slightly amusing that the council over the last few years has put up signs probably, sort of two years between them – and each time they’ve come up with a slightly different arrangement with the apostrophe.

“It’s grammatically correct if there was more than one trooper then it should be apostrophe after the ‘s – but it doesn’t fit with what we do at Friends of Troopers Hill.”

Despite the group’s certainty, the debate is rooted in history that dates back to the 19th Century – with a map from 1826 using no apostrophe at all, another from 1840 naming the reserve Trooper’s Hill and a third from the 1880s claiming the site as Troopers’ Hill.

Even the council responsible for the land are unable to make an objective confirmation of the correct apostrophe variation – or lack thereof.

A spokesperson from Bristol City Council said: “We’re grateful that a member of the public with an eagle eye for correct grammar has brought this to our attention.

“Generally our policy would be to reflect the place name and road name spelling on the council’s pinpoint mapping derived from Ordnance Survey base maps.

“In this case ‘Troopers Hill’ the place name has no apostrophe, but the road name ‘Troopers’ Hill Road’ has an apostrophe&mldr; Therefore there is room for a bit of ambiguity.”

People have taken to social media to debate on the issue, with some agreeing with the choice of Friends of Troopers Hill – but others who are not quite as sure.

“The place doesn’t belong to a trooper nor to several trooper. Apostrophe means possession, no possession no apostrophe.