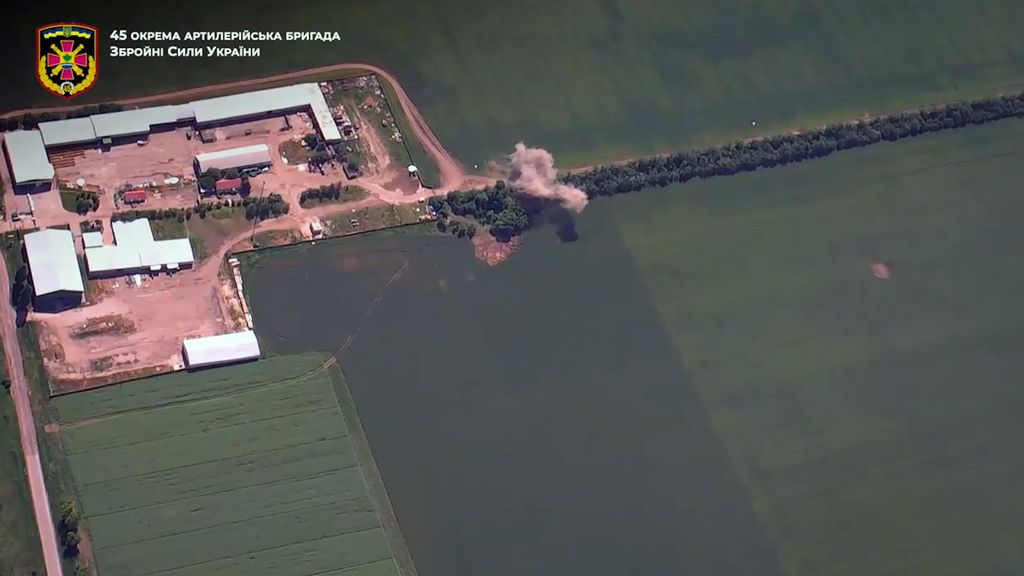 Artillerymen of the 45th Brigade have shared that they had destroyed the Russian fuel depot and eliminated Russian soldiers in June 2022 in Ukraine. (@45oabr/Zenger)

This video footage reportedly shows Ukrainian soldiers bombing a Russian base with barracks and fuel and ammo depots.

The 45th Separate Artillery Brigade of the Ukrainian Armed Forces said it destroyed the Russian military base, complete with an ammunition depot, a fuel storage facility, and barracks for Russian soldiers.

The brigade said on June 12: “We have found you again!”

The footage reportedly shows the Ukrainian unit identifying targets within the compound before unleashing multiple strikes and sparking a huge blaze, although the claims have not been independently verified.

Russian troops invaded Ukraine on February 24 in what the Kremlin is calling a “special military operation.” June 13 marks the 110th day of the campaign.