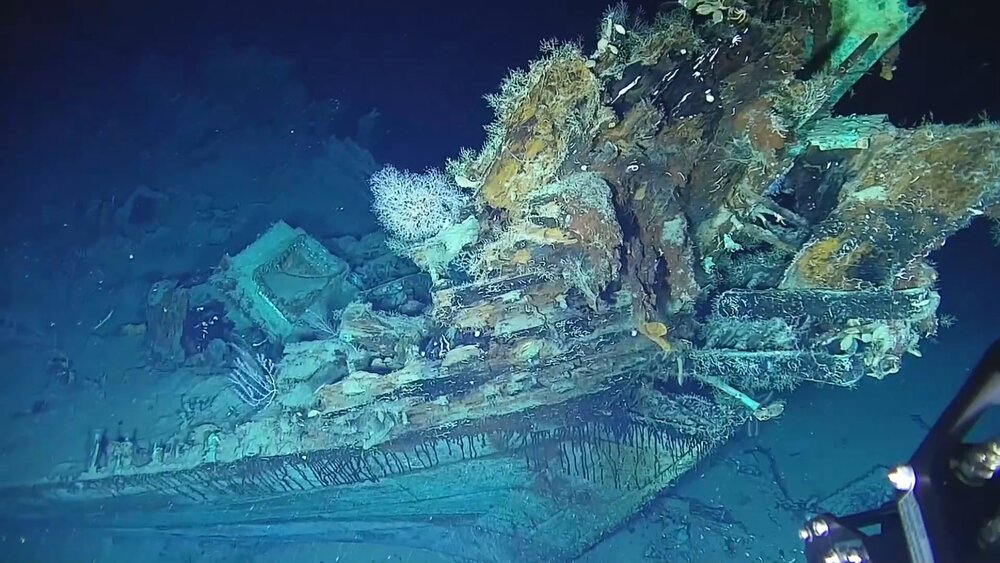 Colombian authorities have discovered two new wrecks near the San Jose, which they also managed to film in more detail, in June, 2022. (Armada de Colombia/Zenger)

The millions of shipwrecks resting in the world’s oceans are increasing the surrounding areas’ microbial richness, according to new research.

There are an estimated three million shipwrecks all around the world, according to the United Nations Educational, Scientific and Cultural Organization (UNESCO).

Now scientists at the University of Southern Mississippi have taken a closer look at their impact on sea life.

Leila Hamdan is an associate professor at the institution and is a co-author of the study.

Hamdan said each of the millions of shipwrecks are providing a potentially new habitat for microbes.

The scientist explained that microbes are at the foundation of ecosystems. She underlined that her team’s latest study was the first evidence of how human structures impact their distribution in the deep sea.

Hamdan said: “Microbial communities are important to be aware of and understand because they provide early and clear evidence of how human activities change life in the ocean.”

Wood was long the prime resource used to fabricate the ships that went down in the sea and is often at the heart of deep-sea life. However, little is known about the microbial diversity of habitats produced on such foundered shipwrecks on the bottom of the ocean.

Hamdan added: “Ocean scientists have known that natural hard habitats, some of which have been present for hundreds to thousands of years, shape the biodiversity of life on the seafloor.”

The expert underlined that her team’s new research would show for the first time that human-built habitats such as shipwrecks also influence so-called biofilms.

Biofilms are living coatings produced by microbes on hard surfaces.

Hamdan explained: “These biofilms are ultimately what enable hard habitats to transform into islands of biodiversity.”

The University of Southern Mississippi scientists chose two wooden sailing ships that sank in the Gulf of Mexico in the late 19th century for their study of such sites’ microbial life.

They placed pieces of pine and oak at varied distances between zero and 820 feet from the shipwreck. After four months, they retrieved these samples and measured all of the bacteria, fungi, and single-celled organisms known as archaea using gene sequencing.

The results revealed that the type of wood had the greatest impact on bacterial diversity. It was determined that oak was more favorable than pine. However, this was less influential for archaea and fungi.

A remarkable result of the study is that presence of these shipwrecks has enlarged the microbial richness in their respective surrounding area. The composition of biofilm has changed as well due to their presence.

Hamdan said further research could provide a better understanding of the effect the thousands of oil and gas platforms were having on sea life.

The scientist said: “While we are aware human impacts on the seabed are increasing through the multiple economic uses, scientific discovery is not keeping pace with how this shapes the biology and chemistry of natural undersea landscapes.

“We hope this work will begin a dialogue that leads to research on how built habitats are already changing the deep sea.”

An estimated three million shipwrecks are scattered in trenches and deep canyons of the world’s different oceans, according to the United Nations’ UNESCO. Most of them are made of wood.

Less than one per cent of these wrecks have been explored.

Founded in 1945, UNESCO aims at promoting world peace and security through international cooperation in education, arts, sciences and culture.

The recent study was carried out by experts at the University of Southern Mississippi, a public research university in Hattiesburg, Mississippi, which was founded in 1910.