Sticky Business: Cobwebs Could Help To Easily Determine Amount Of Micro Plastic In The Air

Studies had already determined that other air pollutants, such as magnetic particles and heavy metals are caught in spider webs.
By Martin M Barillas June 13, 2022
Facebook
Twitter
Linkedin
Email 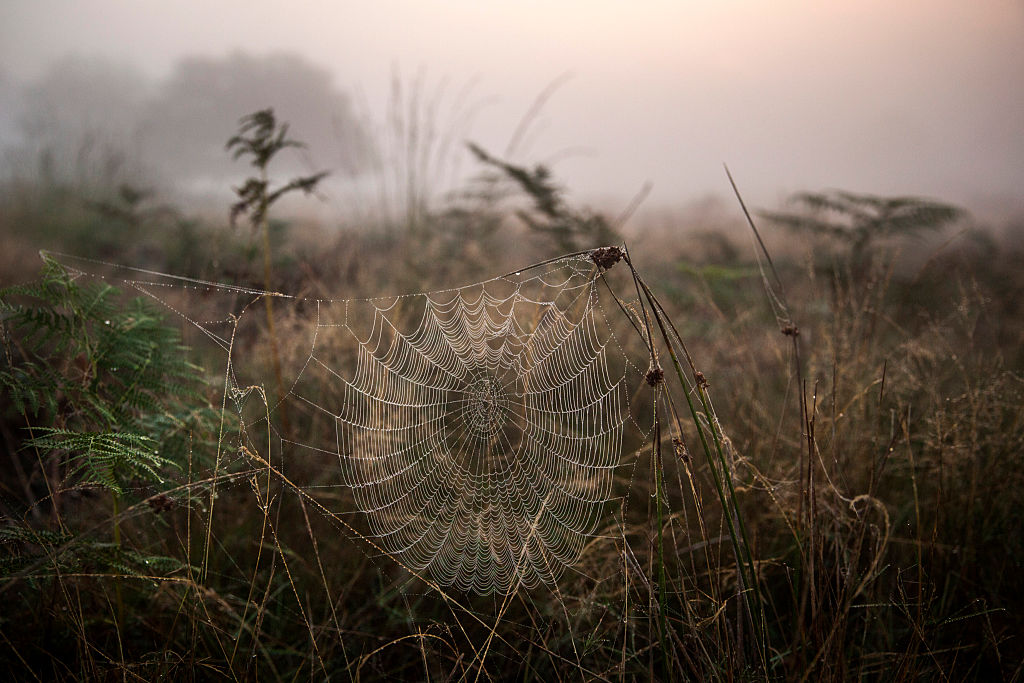 A cobweb catches the early morning mist in Richmond Park on September 23, 2014 in London, England. (Photo by Rob Stothard/Getty Images)

Microplastics consist of tiny pollutants that often elude detection, until scientists recently found that they can be snatched from the air by spider webs just like flies.

Researchers at Germany’s University of Oldenburg examined the webs of spiders for microplastics for the first time, and determined that their sticky, silken strands are ideal for monitoring microplastic pollution in urban environments.

Various studies had already determined that other air pollutants, such as magnetic particles and heavy metals are caught in spider webs.

Scientists have known that millions of tons of microplastics, which are fragments of any type of plastic less than 5 millimeters (0.20 inches)in length, come from sources such as cosmetics, clothing, food packaging, and industrial processes.

Carried by the wind, microplastics migrate around the world and enter ecosystems where they accumulate in water and soil.

Microscopic animals and small fish, for example, mistake the particles for real food and thus are endangered.

European lakes, scientists have found, have more microplastics than expected and can accumulate for indefinite periods because water exchange in lakes takes a relatively long time.

Determining the amount and extent of microplastics’ range is essential in finding a solution.

“Spiders are found all over the world, including in cities. Their sticky webs are an ideal trap for anything that hovers in the air,” said Barbara Scholz-Böttcher, microplastics expert at the university’s Institute for Chemistry and Biology of the Sea (ICBM).

She added, “So far, however, no one has examined spider webs for microplastics.”

To test her hypothesis, Scholz-Böttcher and student Rebecca Süssmuth collected cobwebs from bus stops at different times in the city of Oldenburg.

At the lab, they found under the microscope bits of PET plastic, presumably from textiles and car tires, as well as polyvinyl chloride (PVC), and soot.

“All the spider webs were contaminated with microplastics,” said doctoral student Isabel Gossmann.

Some nets showed that one tenth of their weight consisted of pollutants, while nearly 90 percent of the plastic came from PET, PVC, and car tires.

The presence of tire particles depended on the amount of traffic in the areas studied, while Scholz-Böttcher noted that road markings are another source of microplastic pollution.

Microplastics accumulate surprisingly quickly in cobwebs, which Scholz-Böttcher said offer a simple and cost-effective alternative to time-consuming measurements to assess the microplastic content of the air we breathe.

In a 2019 study conducted by Cambridge University scientists found that the strongest predictor of microplastic pollution was the level of nearby human activity. Also, the less forest land around lakes, the higher the pollution.

However, there are microbes that digest and break down microplastics in lakes.

But lakes further north have higher concentrations, despite the absence of agriculture and human habitation, because those microbes are less active there.

Microplastics have been found in the Great Lakes of North America, and even in the Antarctic.