Images show how the vessel appears to be sitting on the seafloor, having not been swallowed up by the sand yet.
By Joseph Golder June 13, 2022
Facebook
Twitter
Linkedin
Email 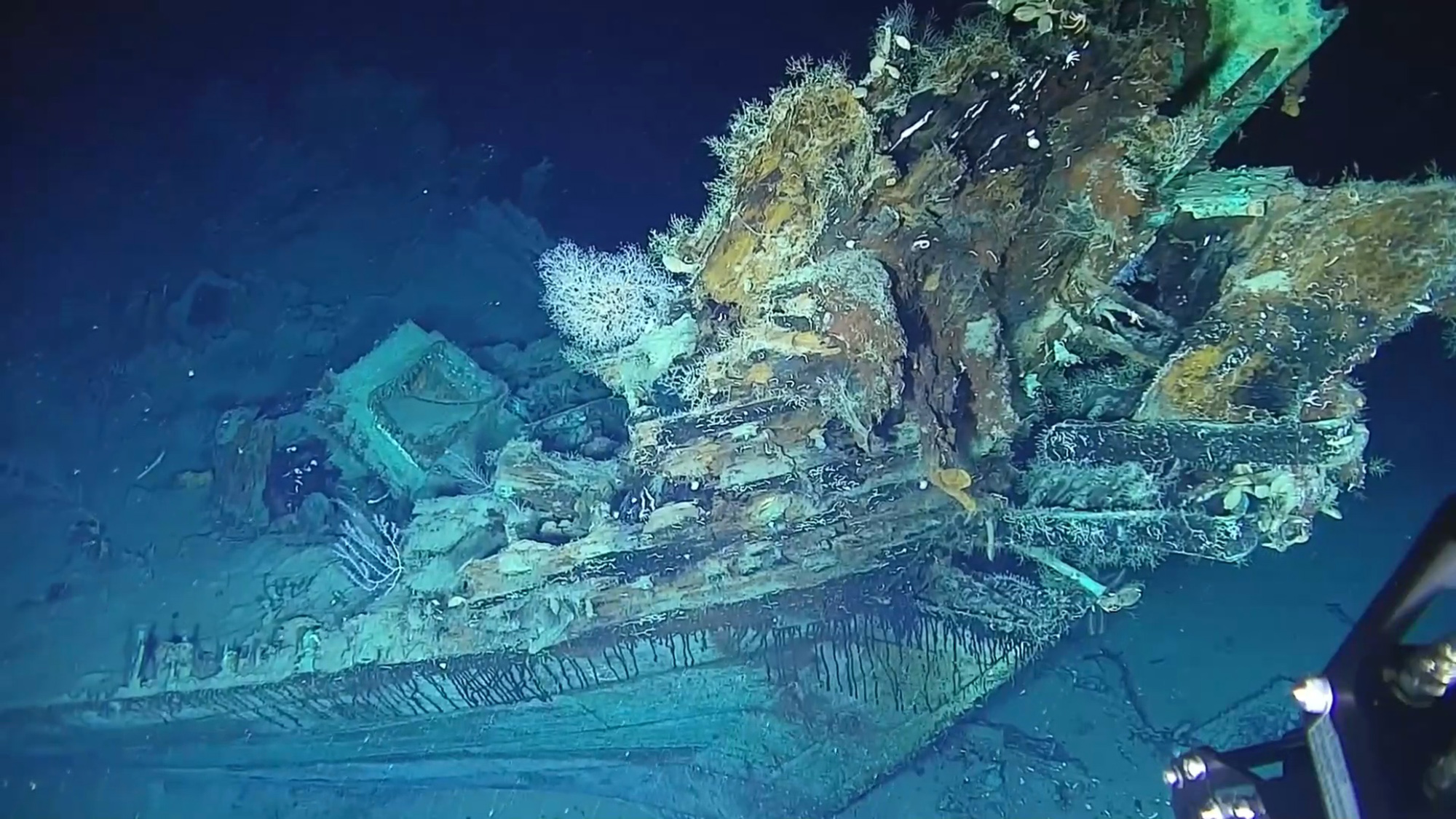 Colombian authorities have discovered two new wrecks near the San Jose, which they also managed to film in more detail, in June, 2022. (Armada de Colombia/Zenger)

Two previously unknown shipwrecks have been found near a famous Spanish galleon laden with an estimated $17 billion in gold that was sunk by the British in 1708.

And now two other vessels have been found nearby thanks to new, hi-tech equipment that has also allowed Colombian naval officials to take a closer look at the San José and to locate impressive historical artifacts including a gold ingot and the crews’ swords.

They also managed to film numerous gold coins scattered on the seafloor.

The footage, obtained from the Colombian government, shows high-tech equipment being lowered to the seafloor, where a cannon can be seen on the seabed. Other artifacts can be seen strewn on the sand, including various clay pots.

The footage then shows the bow of one of the vessels, which appears to be remarkably well preserved despite marine life attempting to take over.

Images show how the vessel appears to be sitting on the seafloor, having not been swallowed up by the sand yet.

And close-up images near one of the cannon show handfuls of gold coins lying on the sand. Another shot shows a large number of what appear to be teacups strewn across the sand.

The images also show the wealth of artifacts lying on the seafloor, waiting to be investigated.

The Colombian authorities said that the two new vessels appear to be a colonial boat and a schooner thought to date back to around the same period, when Colombia declared its independence from Spain in 1810, just over 200 years ago.

An announcement of the dual find has been made by the President of Colombia, Ivan Duque, who said that the two vessels were found near the wreck of the San José, which was sunk off the port city of Cartagena de Indias in the 18th century by the British.

It has been called a holy grail of shipwrecks, as it was carrying one of the greatest quantities of valuables ever to have been lost at sea, with new footage of the vessel now also showing close-up images of some of its vast treasure.

President Duque said in a statement: “We have already found two additional vessels: one vessel that is from the colonial period and another that, from the point of view of preliminary analysis, corresponds to the Republican period of our history.”

The president also said that the Colombian Navy is investigating the possible locations of approximately 12 other vessels in the area.

Duque explained that Colombia now had equipment that can “reach the depths and have the best images” while at the same time protecting “the integrity of the treasure” until can be recovered from the seafloor.

Duque said: “In recent years, with these technologies we were able to reach a level of precision never seen before.”

Duque also said that the technology was being used to find sunken vessels “where there was prior preliminary information on possible shipwrecks.”

The head of the Colombian Navy, Admiral Gabriel Perez, said that the new equipment had also made it possible to verify that the area where the San Jose galleon is located had not been interfered with by anyone prior to the discovery.

In a separate statement from the Colombian Armed Command, the Colombian Navy confirmed: “Under the guidelines of the Presidency of the Republic during the last two years, the Colombian Navy and the General Maritime Directorate, in a non-intrusive observation work carried out at the site where the Galleon San Jose rests, has verified that it has not suffered intervention or alterations by human action.”

The statement from the Colombian Armed Command also said: “This work has been validated by members of the Shipwrecked Antiquities Commission and the Colombian Institute of Anthropology and History, ICANH, entities attached to the Ministry of Culture.

“This is how the Colombian Navy developed the planning, preparation and execution of the four observation campaigns in which high-tech equipment and computer tools were used to process the information and verify the status of the wreck.

“During the observation campaigns, in another nearby area, two shipwrecks were identified that had not been reported and that add to the historical heritage context of the Colombian Caribbean.”

The country’s General Maritime Director, Jose Joaquin Amezquita, also said that various historical artifacts had also been discovered among the wreckage of the San José, as can be seen in some of the photographs, including intact crockery from the period bearing the galleon’s insignia and the cannon, which were made in Seville and Cadiz in Spain in 1655.

Other artifacts that have been discovered include coins called ‘macuquinas’, which were minted by hand at the time, a gold ingot and the crew’s swords.

Amezquita said: “What we are talking about is an important wealth that has a lot to tell us about our past.”