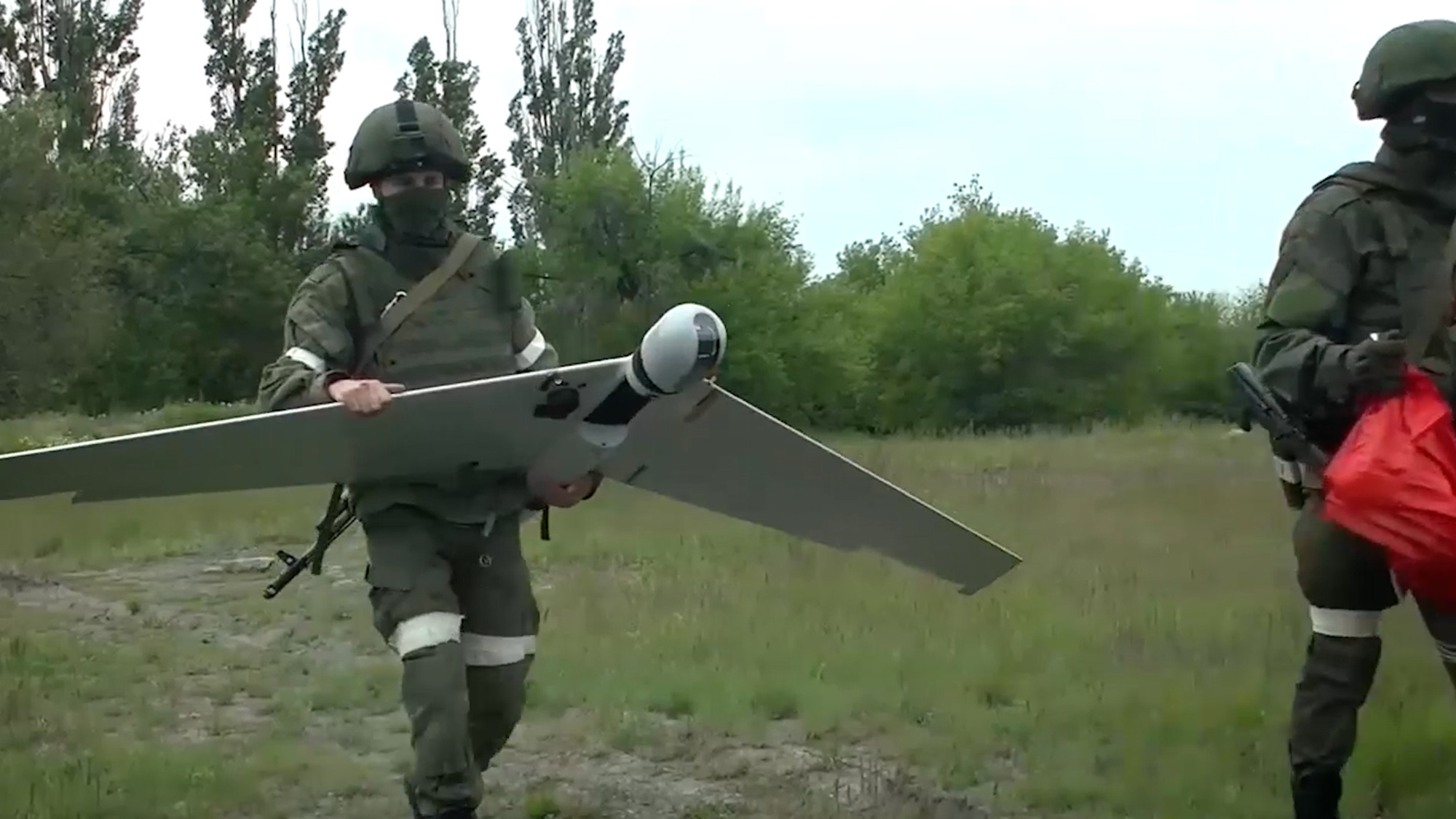 This is the moment Russian troops send a drone into the sky to carry out reconnaissance of hidden Ukrainian targets before launching a deadly strike.

The Russian Ministry of Defence (MoD) said soldiers carry out round-the-clock reconnaissance of enemy targets before passing on the information to artillery units.

The Ministry said in a statement on June 10: “As part of the current special operation in Ukraine, unmanned systems are effectively solving all their tasks. They face various obstacles from the enemy, but this does not affect their overall results.

“UAV crews carry out round-the-clock search and reconnaissance of targets before sending the target designations to the artillery units.

“During the battle, drone crews carry out adjustments to artillery fire, conduct the video recording of damage to enemy objects and equipment.”

The Russian MoD added: “The drones also carry out reconnaissance of the actions of the retreating units of the Armed Forces of Ukraine.”