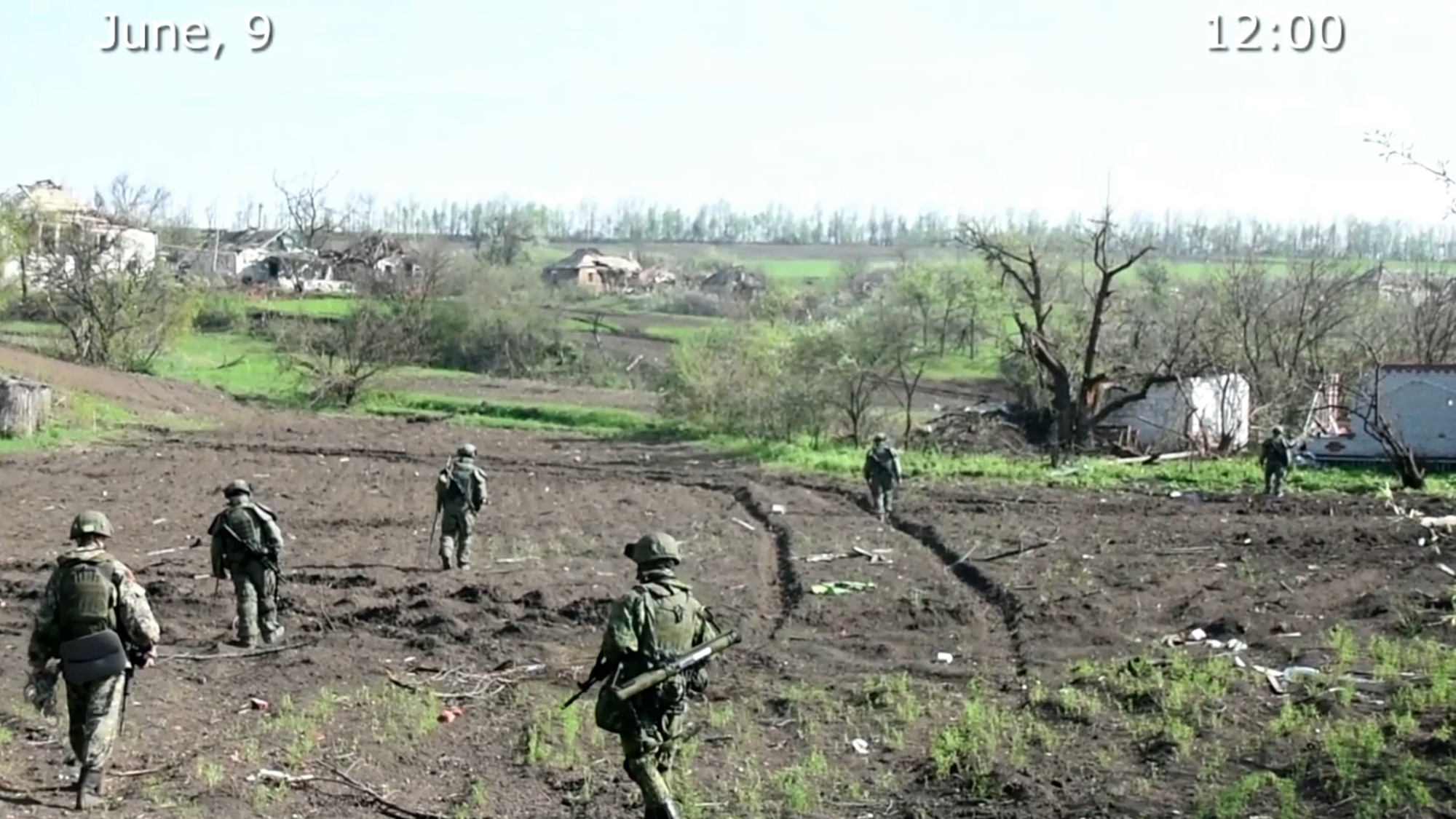 The Russian Ministry of Defense (MoD) said on June 9: “Engineering units of the Russian Armed Forces have started clearing roads and forest areas in the Sviati Hory National Park near Svyatogorsk, Yarovaya, Studenok, and Sosnovoe in the Donetsk People’s Republic.

The MoD statement continued, “Over the past 24 hours, 126 explosive devices of various types, including 54 anti-tank mines, planted by Ukrainian nationalists have been found and destroyed.

“A high-precision air-based missile strike near Novograd-Volynskyi, Zhytomir region, has destroyed 1 AFU training center where foreign mercenaries were being retrained and coordinated.

“The attacks have resulted in the elimination of over 200 nationalists, 5 tanks, 2 Grad multiple rocket launchers and 1 warehouse of missile and artillery weapons near Verkhnekamenskoe, Luhansk People’s Republic.

“In addition, 1 Ukrainian Tochka-U ballistic missile have been intercepted near Kirovo in Kherson Region, and 2 Smerch rockets have been shot down near Kamenka, Kharkov Region, and Panteleimonovka, Donetsk People’s Republic.

“Missile troops and artillery have hit 56 command posts, 127 firing positions of AFU artillery, as well as 273 areas of manpower and military equipment concentration.

“The attacks have resulted in the elimination of over 300 nationalists, 7 armored vehicles, 2 Grad multiple rocket launchers, 12 field artillery guns and mortars, 24 special vehicles, 1 fuel storage facility for military equipment near Kobzartsy in Nikolaev Region, and 1 crossing of the Seversky Donets River near Protopopovka.”