Zenger News obtained the video from the Ministry of Defense (MoD) of the Russian Federation on Thursday, June 9.
By William McGee June 13, 2022
Facebook
Twitter
Linkedin
Email 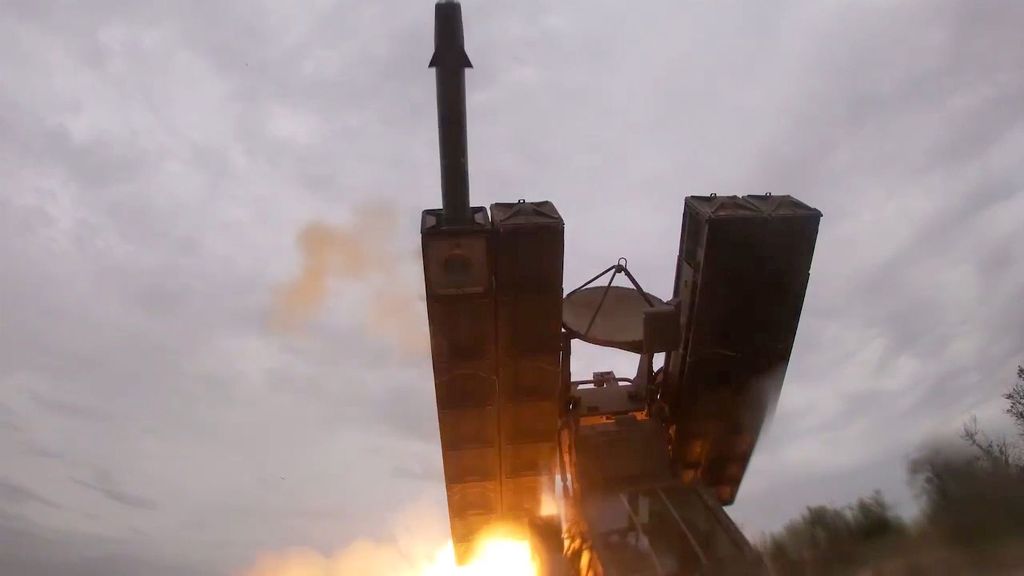 Footage of the anti-aircraft gunners of the Airborne Forces during a special operation in Ukraine in June 2022. (Ministry of Defense of Russia/Zenger)

This slick footage purports to show a Russian anti-aircraft missile system taking out a Ukrainian drone with a single, precision shot.

Zenger News obtained the video from the Ministry of Defense (MoD) of the Russian Federation on Thursday, June 9.

The Russian MoD said (in English): “Strela-10 anti-aircraft missile systems of the Airborne Troops in action.

“Coordinated actions of combat crew ensured timely detection of the air target, its identification as an enemy UAV and its destruction.”

The 9K35 Strela-10 is a Soviet-era highly-mobile, short-range surface-to-air missile system that is visually aimed and utilizes optical/infrared-guidance.

It entered service in 1976 and boasts a number of operators, including the militaries of both Russia and Ukraine.

Russia invaded Ukraine on February 24 in what the Kremlin is still calling a “special military operation.” June 10 marks the 107th day of the invasion.

More than 1,000 Ukrainian troops captured in Mariupol have been transferred to Russia, according to Russian media. Ukrainian officials estimate that at least 21,000 civilians have been killed in the city.

Two British men, Aiden Aslin, 28, and Shaun Pinner, 48, have been sentenced to death by a court in separatist-controlled eastern Ukraine after being captured while fighting with the Ukrainian army in Mariupol against Russian troops.

President Zelenskyy has said that Russian attacks on the cities of Sievierodonetsk and Lysychansk have turned them into “dead cities.” But he added that Ukrainian forces could still hold Sievierodonetsk despite being outnumbered.

Russia’s ambassador to the United Nations, Vassily Nebenzia, walked out of a Security Council meeting on June 5 after his country was blamed by European Council president Charles Michel for triggering a global food crisis.