A shocking video shows Russian soldiers unleashing an attack against Ukrainian targets with the use of the Msta-S.
By Lee Bullen June 13, 2022
Facebook
Twitter
Linkedin
Email 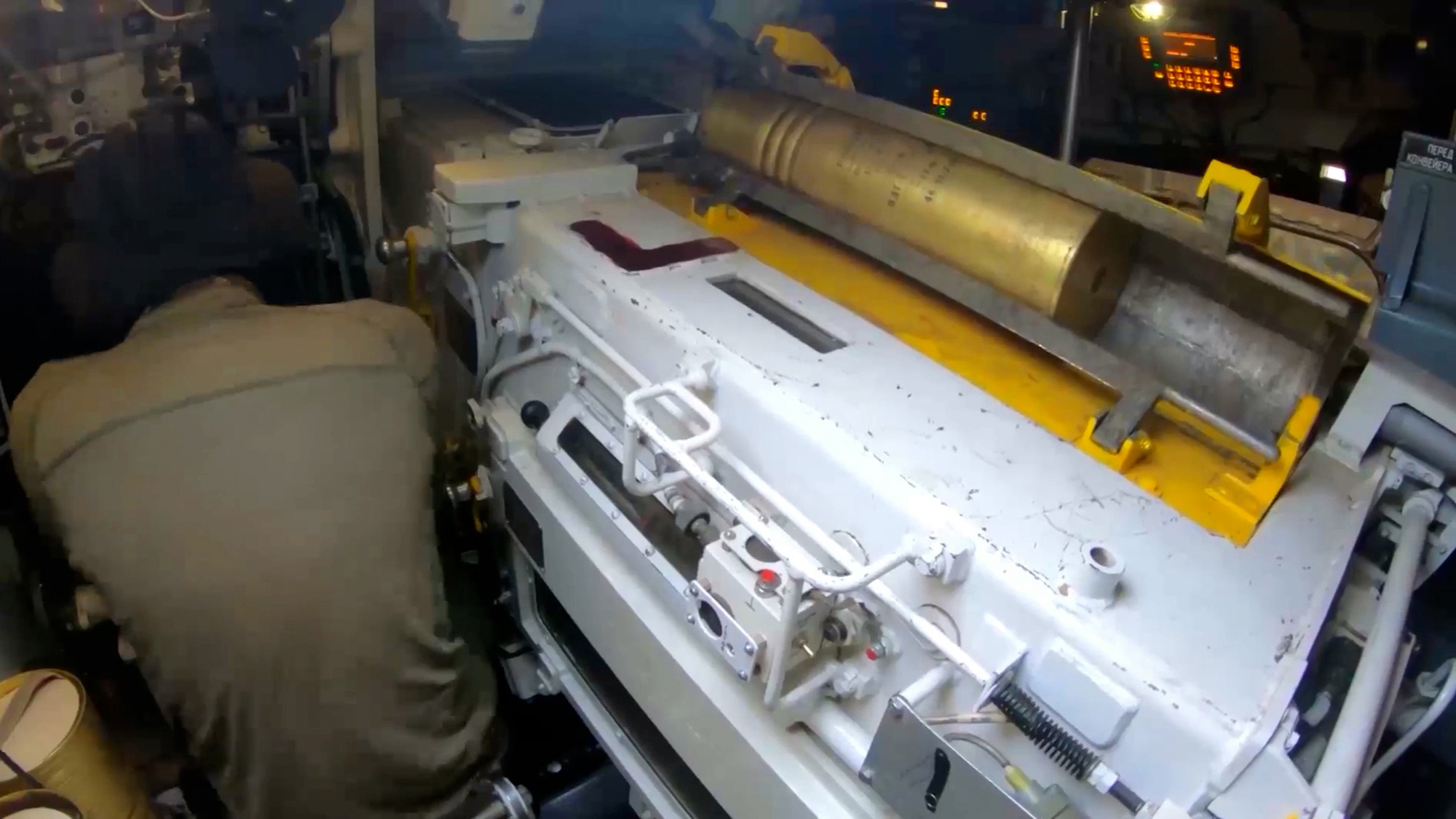 The combat use of gun mounts Msta-S in Ukraine. (Ministry of Defense of Russia/Zenger).

This is the moment Russian troops line up their Msta-S self-propelled howitzers and unleash a terrifying strike against Ukrainian targets.

The Russian Ministry of Defense (MoD) said on June 10: “Combat work of the artillery units of the Airborne Forces during the special military operation [in Ukrainian territory].”

“Combat crews of Msta-S self-propelled howitzers traveled to the designated area, immediately took up firing positions, and struck at the identified enemy targets.”

The Russian military did not state where or when the attack took place.

On June 6, Russia’s ambassador to the United Nations, Vassily Nebenzia, walked out of a Security Council meeting after his country was blamed by European Council president Charles Michel for triggering a global food crisis.

The European Parliament has adopted a resolution recommending that the European Union grant Ukraine the status of candidate country for EU membership. Some 438 MEPs voted in favor of the resolution, with 65 voting against and 94 abstaining.