The DPR said in a statement: "Ukrainian nationalists fired from a Grad MLRS at the city of Makiivka."
By Joseph Golder June 13, 2022
Facebook
Twitter
Linkedin
Email 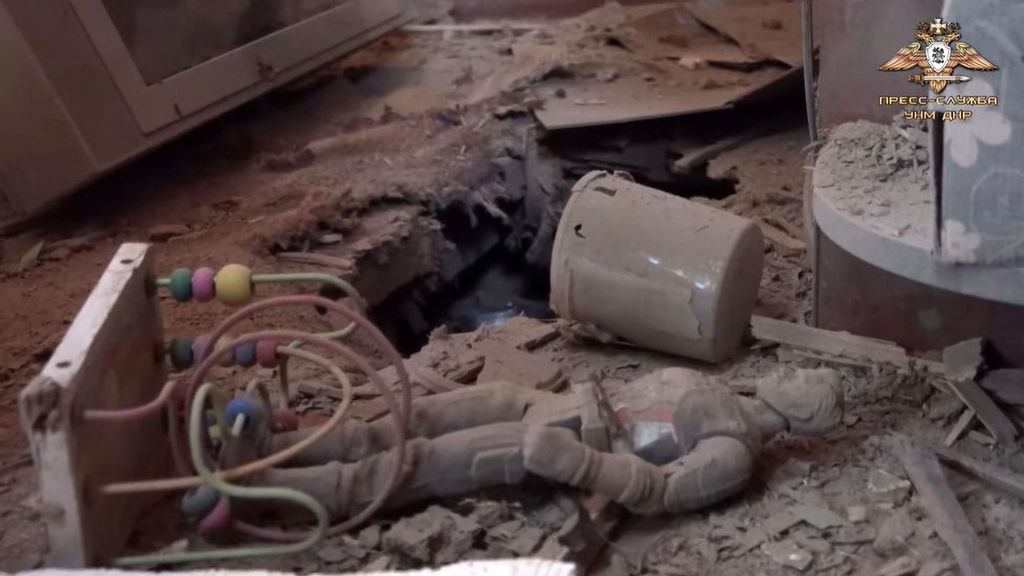 Ukrainian nationalists from the Grad MLRS fired at the city of Makiivka. (Press Service of the UNM DPR/Zenger).

The pro-Russian Donetsk People’s Republic has accused “Ukrainian nationalists” of firing a missile at a city, resulting in the death of one civilian woman and injuring a man.

The so-called Donetsk People’s Republic (DPR), which is a breakaway state located in eastern Ukraine and recognized by Russia but not by the majority of the international community, also said that buildings and vehicles have been damaged.

The released footage, which has not been independently verified and which was obtained from the DPR’s press office, appears to show a damaged building, with its roof seriously damaged, along with blood on the floor and what appear to be the remains of a missile.

The DPR said in a statement: “Ukrainian nationalists fired from a Grad MLRS at the city of Makiivka.”

Makiivka is a city in eastern Ukraine in the Donetsk Oblast region.

The DPR added in its statement: “As a result of the terrorist attack, a woman was killed and a man was wounded. Residential buildings and vehicles were also damaged.”

The Grad MLRS is a multiple rocket launcher mounted on the back of a vehicle.

President Zelenskyy has said that Russian attacks on the cities of Severodonetsk and Lysychansk have turned them into “dead cities”. But he added that Ukrainian forces could still hold Severodonetsk despite being outnumbered.

On June 5 Russia’s ambassador to the United Nations, Vassily Nebenzia, walked out of a Security Council meeting after his country was blamed by European Council president Charles Michel for triggering a global food crisis.