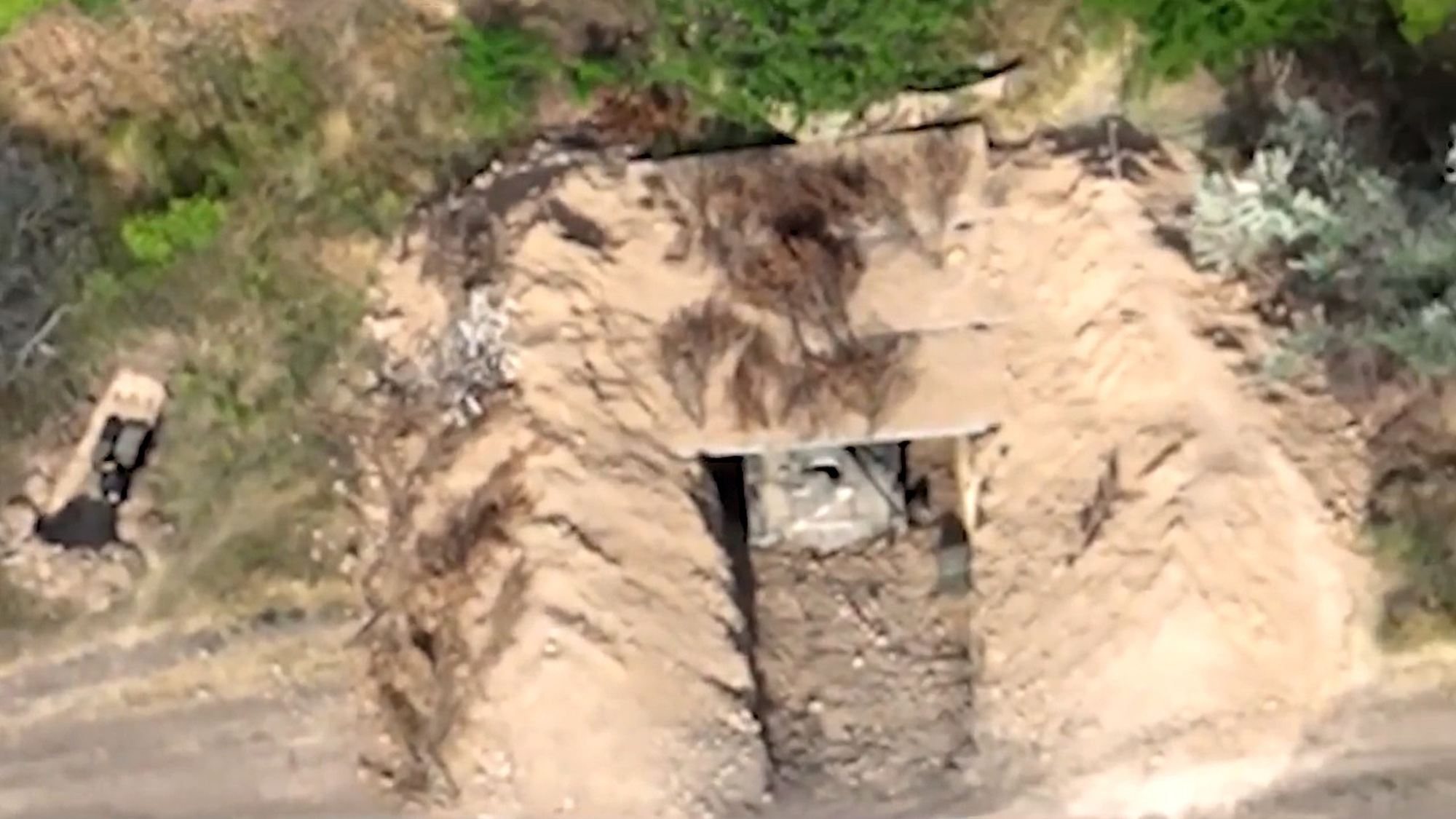 Gunners of '28 separate mechanized brigade named after the Knights of the Winter Campaign' skillfully hit and ruthlessly 'fry' the masked positions of the occupiers, in June 2022. (@28brigade/Zenger)

These images purport to show the moment Ukrainian forces target a Russian line of trenches and camouflaged dugouts.

The footage, which appears to have been shot by a drone and was obtained from the 28th Mechanized Brigade of the Ukrainian Ground Forces, shows a long line of fortified military positions that include what appear to be trenches and camouflaged dugouts.

The footage then shows these positions being hit by ordnance, causing large explosions and black smoke to rise into the air.

It is currently unclear where exactly in Ukraine the footage was filmed but the 28th Mechanized Brigade is usually headquartered in the Odesa Oblast region in peacetime.

The First Winter Campaign was fought by the Ukrainian People’s Republic (UPR) against Bolshevik forces in Ukraine during the Ukrainian-Soviet War (1917-1921).

The current front lines in Ukraine have been described as evolving into World War I-style trench warfare.

Russian troops invaded Ukraine on February 24 in what the Kremlin is still calling a “special military operation.” Today marks the 107th day of the campaign.