The footage appears to show a Russian tank exploding in a large ball of fire.
By Joseph Golder June 13, 2022
Facebook
Twitter
Linkedin
Email 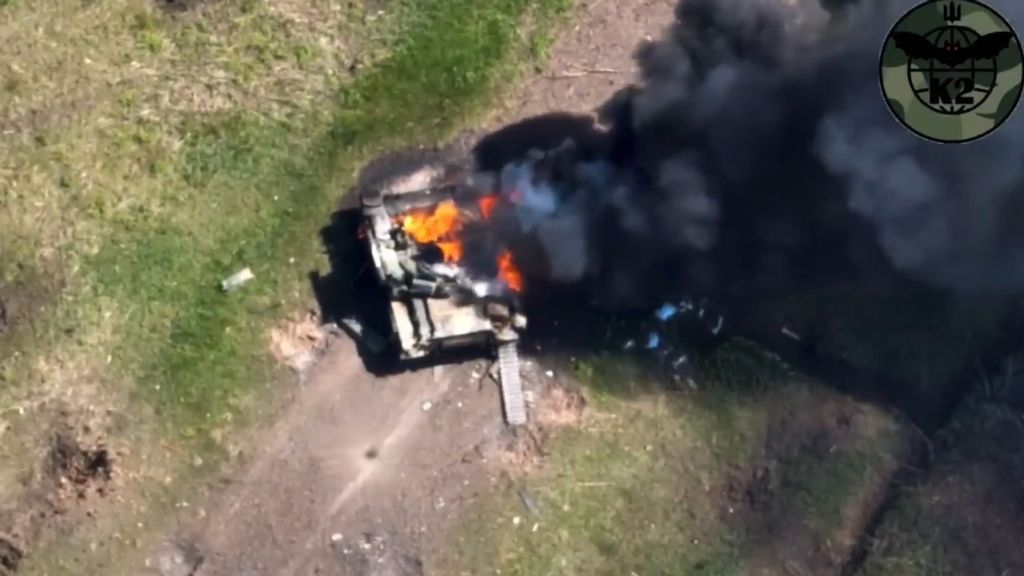 Russian tank exploded after apparently was destroyed by K-2 combat subdivision, part of the 54th Armed Forces in June 2022. (@K2.54OMBr/Zenger)

These images purport to show the moment a Russian tank blows up in a massive explosion after being hit by Ukrainian ordnance.

The footage appears to show a Russian tank exploding in a large ball of fire.

The images were obtained from the K2 Battlegroup, a subdivision of the 54th Mechanized Brigade of the Ukrainian Ground Forces, which has been fighting pro-Russian separatists in eastern Ukraine since 2014.

Referring to the Russian military in Ukraine as “uninvited tourists,” the 54th Mechanized Brigade said: “We continue to show the travels of uninvited ‘tourists’ with heavy equipment in the fields of the Donetsk region near Maryinka.”

Maryinka is a town located in the Marinka Raion district in the Donetsk Oblast, in eastern Ukraine.

The 54th Mechanized Brigade added: “The ‘tourists’ rode through the fields, looking at the Ukrainian fields, where, meanwhile, brave guys from the K2 group with another famous unit were engaged in ‘sowing grain’.

“And it turned out that the ‘tourist’ vehicle met with our seeders. Yes, and broke forever.

They signed off with the now-famous slogan “Slava Ukraini!”, which means “Glory to Ukraine!” in English.

Russia’s ambassador to the United Nations, Vassily Nebenzia, walked out of a Security Council meeting on June 6 after his country was blamed by European Council president Charles Michel for triggering a global food crisis.