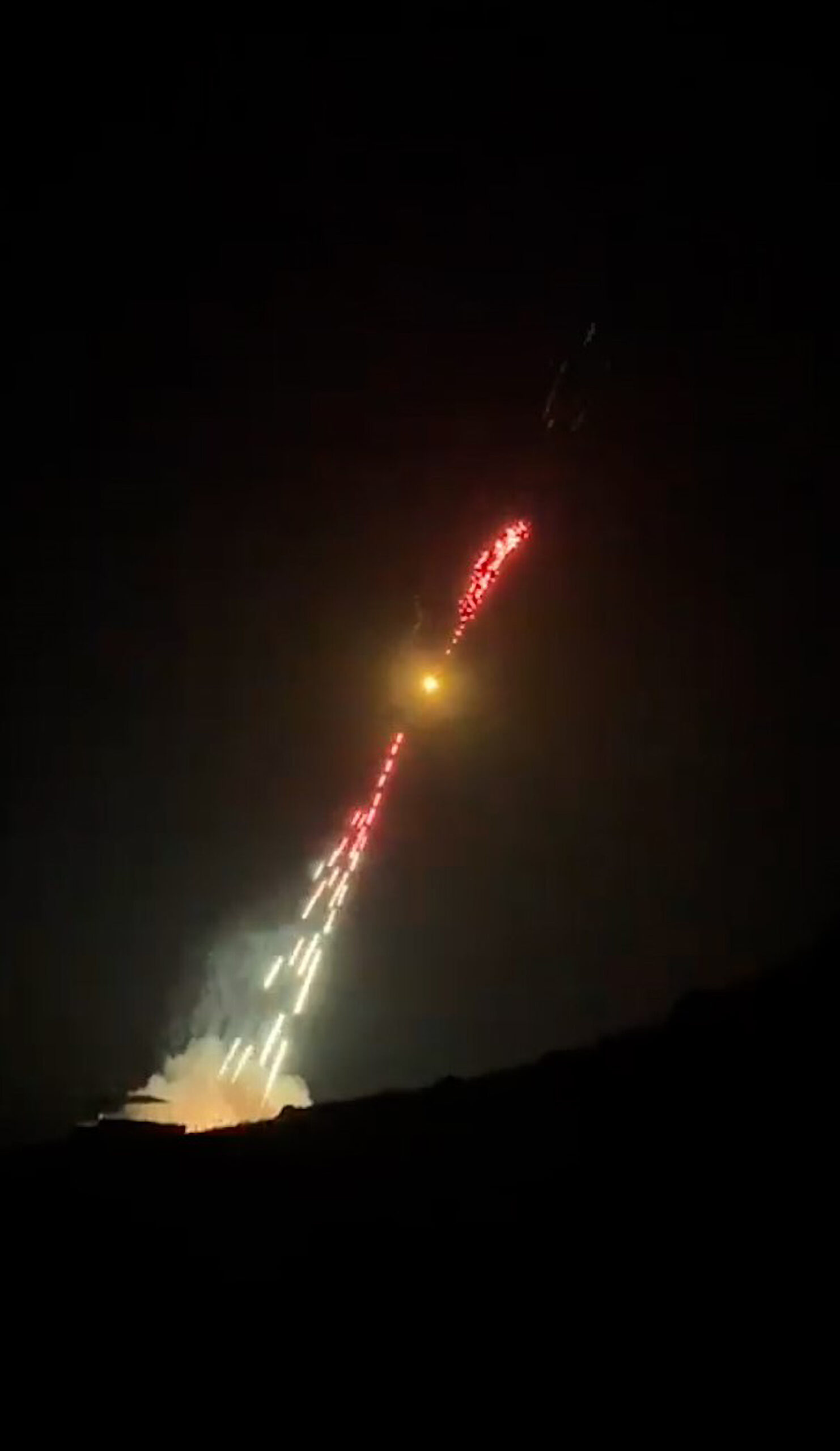 This is the moment in a graphic video that the Turkish Armed Forces (TAF) carry out war games with 37 allied countries as part of the EFES-2022 military exercise.

The exercises are taking place at the Doganbey Shooting Exercise Area in the district of Seferihisar in the Turkish province of Izmir near the coast of the Aegean.

This year’s EFES exercise gathered almost 10,000 personnel from 37 nations, including Libya, Italy, Azerbaijan, Bosnia and Herzegovina, North Macedonia, Pakistan, Albania, Kazakhstan, Kyrgyzstan, the United States, and France, increasing from 8 countries in 2016 and 20 in 2018.

In addition, an Italian frigate, the Libyan Navy gunboat LNS SHAFAKH, and many elements will participate in the exercise, including the USS Arlington (LPD-24) Amphibious Landing Platform of the US Navy, LCACs (Landing Craft Air Cushion), Ch-53 helicopters, howitzers, and various armored vehicles.

The Turkish Ministry of National Defense said in a statement prior to Erdogan’s visit: “The EFES-2022 Exercise, one of the largest planned exercises of the Turkish Armed Forces, has started.

“While the exercises started with the first phase of the Computer-Aided Command Post Exercise, the actual event began on May 20.

“An Italian frigate, in addition to a torpedo boat of the Libyan Navy, will take part in the exercise where many other elements will also feature; a landing ship will be deployed along with CH-53 helicopters, howitzers and armored vehicles of the U.S. Armed Forces.

“Defense ministers, chiefs of staff and force commanders from over 20 countries are expected to follow the exercise’s Distinguished Observer Day activities.

“An amphibious operation supported by artillery fire will be carried out; targets will be hit by ground fire support vehicles, warplanes and attack helicopters.”