The attack carried out by the members of the 59th Motorized Brigade of the Ukrainian Ground Forces was registered on video.
By Lee Bullen June 13, 2022
Facebook
Twitter
Linkedin
Email 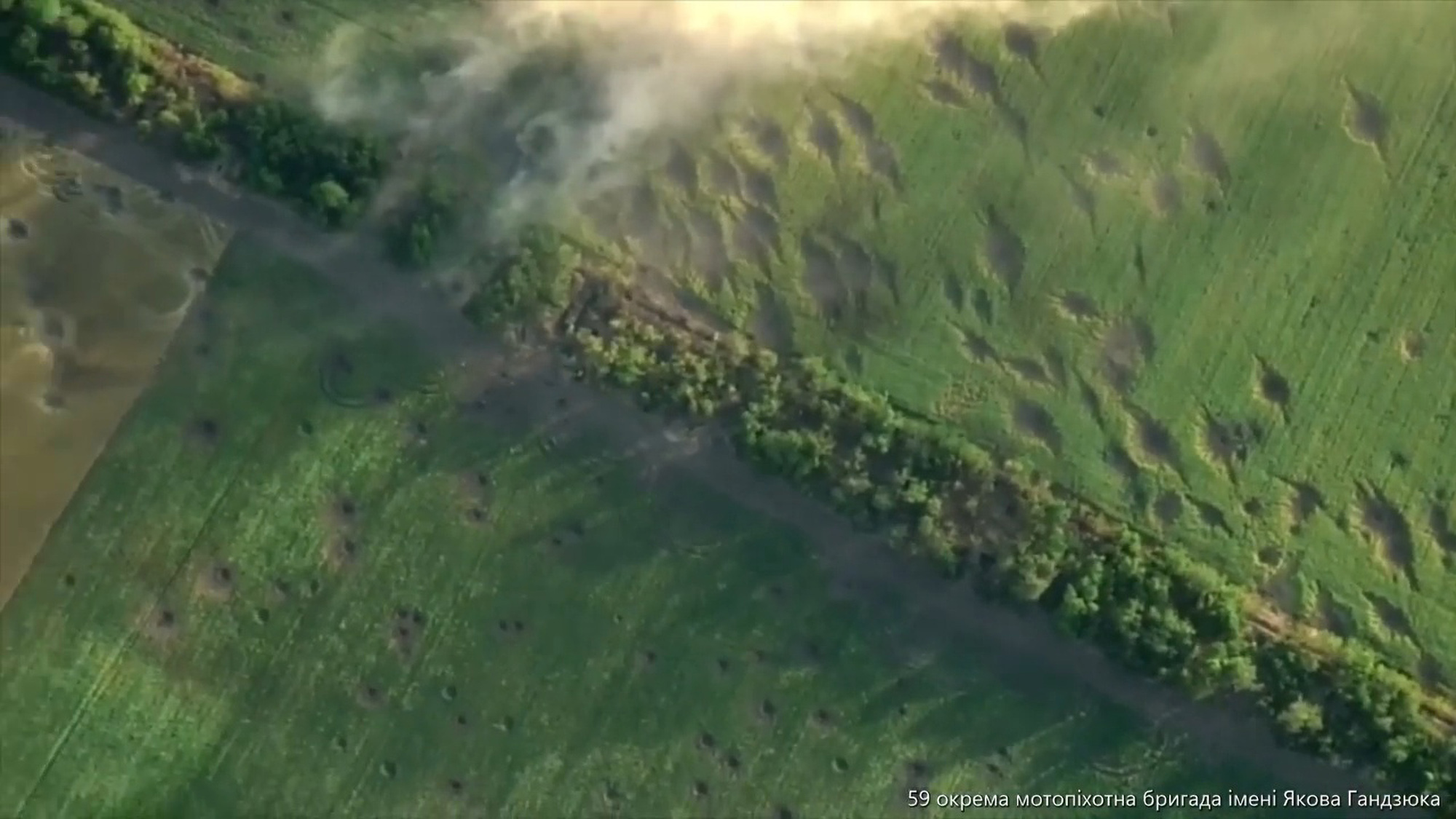 This is the moment in a graphic video when Ukrainian soldiers shell hidden Russian targets and send enemy troops on a “forever vacation.”

The attack was carried out by members of the 59th Motorized Brigade of the Ukrainian Ground Forces.

The brigade, named after Yakov Gandziuk, said they sent the Russian “orcs” on a “forever vacation” as a solution for their exhaustion.

The 59th Motorized Brigade said on June 9: “Another crew of orcs ‘burned at work’. They took on too much.

“Fighters of the 59th Brigade are trying to help the tired Russian soldiers so we send them on vacation. Forever…”

The United Kingdom and the United States are sending long-range missile systems to Ukraine. Russian President Vladimir Putin has warned of more attacks in Ukraine by Russia if the West sends long-range weapons.

This week, Russia’s ambassador to the United Nations, Vassily Nebenzia, walked out of a Security Council meeting after his country was blamed by European Council president Charles Michel for triggering a global food crisis.