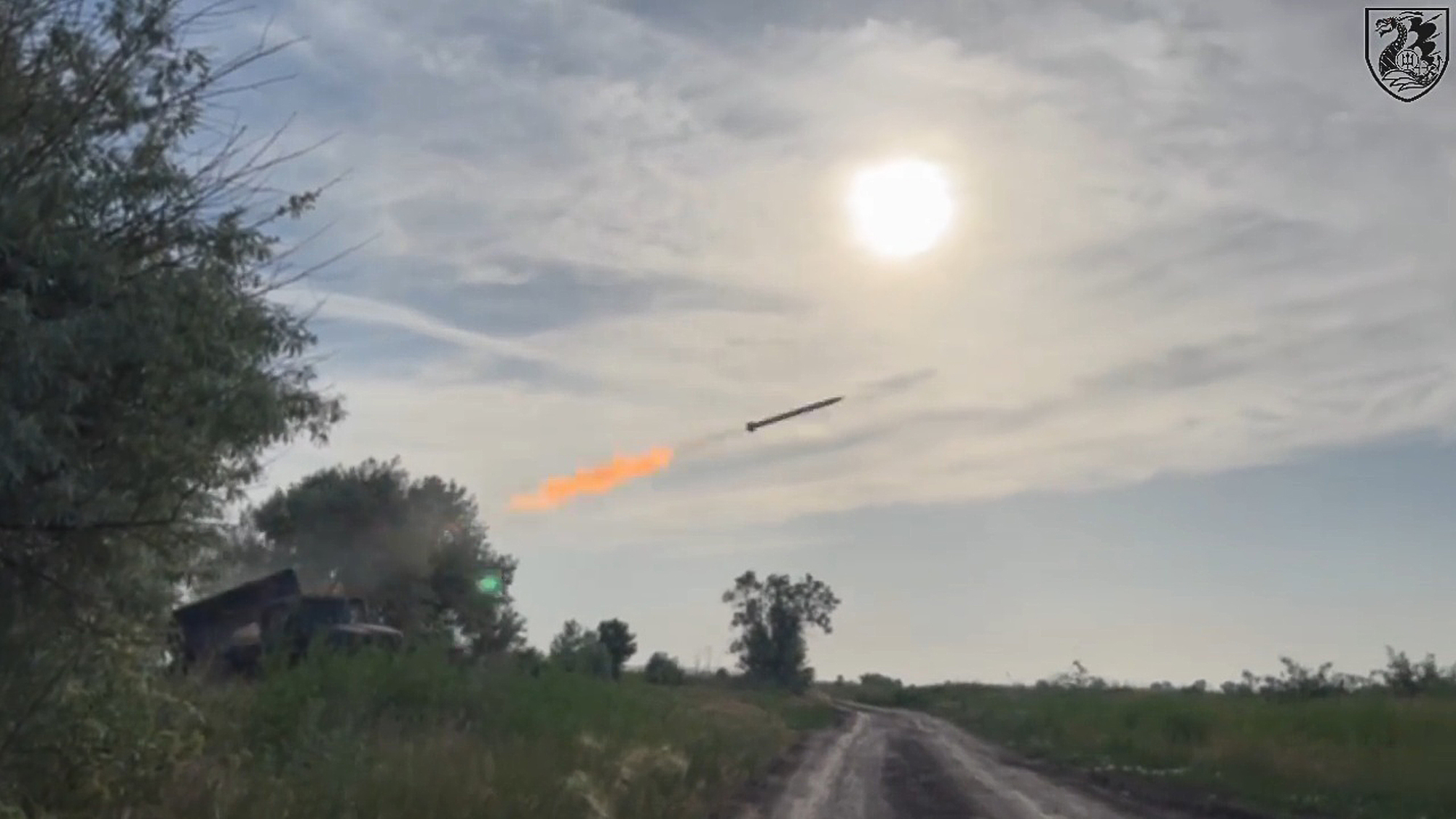 This is the moment Ukrainian marines shoot a volley of missiles at Russian targets during a military strike in the country’s south.

The brigade said on June 9: “According to the weather forecasts, the 36th Marine Infantry Brigade Named after Rear-Admiral Mykhailo Bilynsky will be raining hail on enemy positions somewhere in the south.

“Burn in hell, occupiers! Glory to the Marines!”