Using a detonator, the SES experts carry out a controlled explosion of the military gear from a safe distance.
By Lee Bullen June 13, 2022
Facebook
Twitter
Linkedin
Email 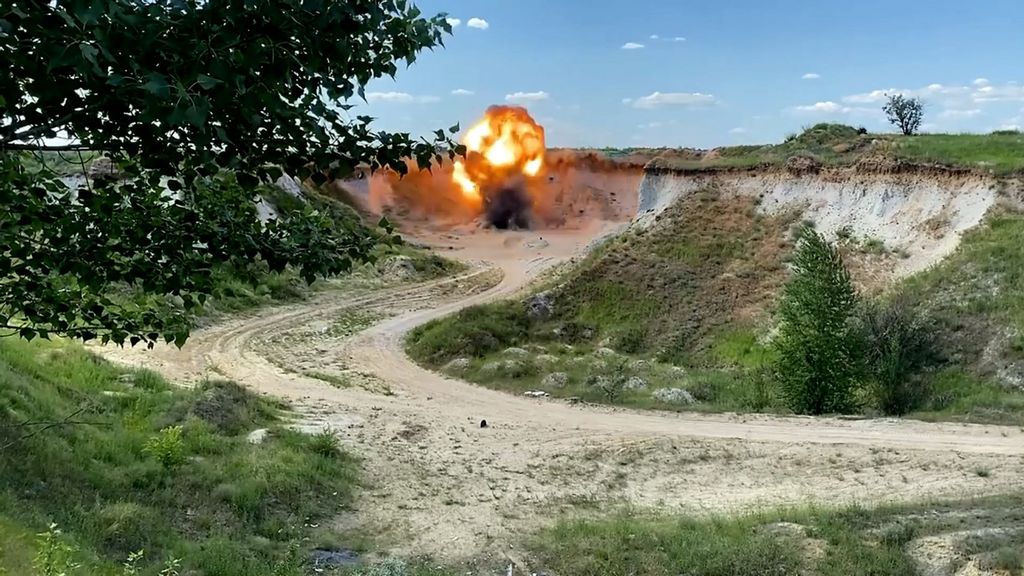 Only a few minutes from the daily and very dangerous work of pyrotechnics of the SES in the Donetsk region in June 2022. (@MNS.GOV.UA/Zenger).

This is the moment Ukrainian bomb experts bury a pile of unexploded missiles and military equipment and carry out a controlled explosion.

The State Emergency Service (SES) of Ukraine said bomb experts carried out the “dangerous work” in the contested eastern region of Donetsk Oblast.

The SES said on Thursday, June 9: “A few minutes in the daily and very dangerous work of bomb experts of the SES in the Donetsk region.”

In the footage, demining experts are seen arriving at a secluded location before unloading unexploded missiles and military equipment from a van and burying them in a pit.

Using a detonator, the SES experts carry out a controlled explosion of the military gear from a safe distance.