The document charts the day-to-day activities of a vital section of the RAF which was pivotal to the successful war effort.
By Darko Manevski June 10, 2022
Facebook
Twitter
Linkedin
Email 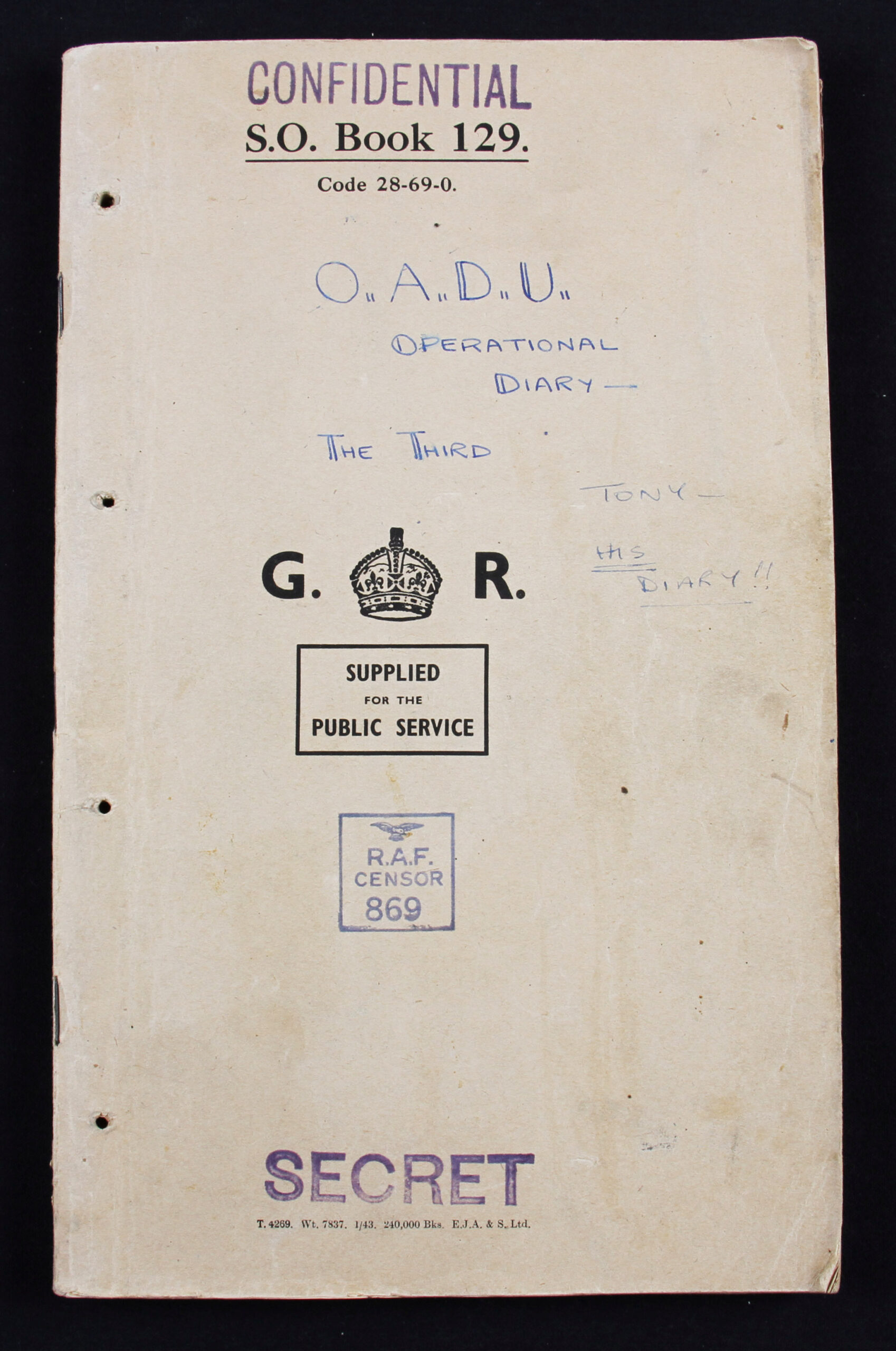 A fascinating RAF log book revealing the secrets of World War Two's forgotten heroes as well as a 'rogues gallery' of blacklisted personnel has been unearthed. (Steve Chatterley/Zenger)

A fascinating Royal Air Force log book revealing the secrets of World War Two’s forgotten heroes as well as a ‘rogues gallery’ of blacklisted personnel has been unearthed.

The Operational Diary of Number 10 Squadron Air Delivery Unit (ADU) of the RAF chronicles its actions from April to July 1944 at a time when the Allies were gearing up for the D-Day invasion of France.

The incredible 78-year-old document charts the day-to-day activities of a vital section of the RAF which was pivotal to the successful war effort.

If features operational information relating to aircraft maintenance, weather, and routes – but also includes personal, and often comical, details of the people involved.

One diary extract explains how one prankster put a flash bang in their flight lieutenant’s office and other pilots “generally being a bloody nuisance.”

“The bang woke him up with such a start that he knocked over his table – which only goes to show!”

As well as showing the sense of humor maintained despite being at war it also features a rogues gallery of personnel who were blacklisted for bad behavior.

But even then, one is comically branded a “slow-witted nincompoop” while another was punished for “riotous behavior” and damaging an aircraft.

Top brass couldn’t wait to get their hands on a pilot called Cusick and warned: “If he isn’t a father already, he won’t stand a chance when I get at him.”

The log, which was discovered in a private library at an estate in Shropshire, in the English Midlands adjacent to Wales, is now set to fetch thousands of dollars when it goes under the hammer.

Ben Jones, of Mullock’s Specialist Auctioneers, which is handling the sale, said: “The ADU was a vital resource operation for the RAF.

“It had the job of delivering planes from the aircraft factories to the RAF’s operational bases.

“As such, an ADU pilot had to be perhaps the most adaptable flyer during the war. One day they could be piloting a Spitfire, and the next a Wellington Bomber.

“One of their most famous recruits was the aviation pioneer Amy Johnson, who was tragically killed when she was delivering a plane and it crashed into the River Thames.

“Without the expertise of these brave men and women the RAF would not have been able to function – yet their role is hardly recognized.

“This diary will doubtless yield much new and vital information about the operations of the RAF at a crucial period.

“The diary lists all the planes which were being delivered but also a vast number of comments about the day-to-day operations – often with personal remarks about personnel involved.

“As such we have a vivid picture of the human beings who were fighting the war under the most stressful of circumstances.

“Much of the content relates to the weather, aircraft maintenance, faults etc., but there appears much information in regards to the movement of the varying aircraft, also some reference as to the routes.

“It is a very interesting insight into the daily duties of the aforementioned unsung heroes.”

Further extracts reveal the personalities behind the pilots as they detailed the exploits and sometimes unflattering opinions of their fellow servicemen.

Another adds:”Gib has made a cock-up of the whole affair. AOC is apparently very annoyed and Gib is going to get it in the neck.”

And their appears to be discontent in camp during one entry which reads: “I have never seen such slow-witted, groveling nincompoops in charge of aircrafts.

“All these crews tried to kid themselves they are snails safe under their shells.

“You’ll find Cusick on the blacklist and if he isn’t a father already he won’t stand a chance when I get at him.”

One squadron leader writes: “Started to clamp down on Warwick crews.

“Reason: Half a dozen altering their time of being called by accommodation and changing the times of their breakfasts.

“Result: Causing a hell of a lot of trouble all round.

“I am in favor or renewing our blacklist headed by a certain F/O Jones.”

“Also being indirect cause of delay of, and damage to, aircraft.”

Another from July 18 adds: “Another quiet day, weather duff. No briefing as the crews could not be found!!

“Apparently there is a runway, but no servicing facilities of any kind – so you’ll have to do your own winding, and if you want any fuel you’ve had it – in fact it’s all yours!!